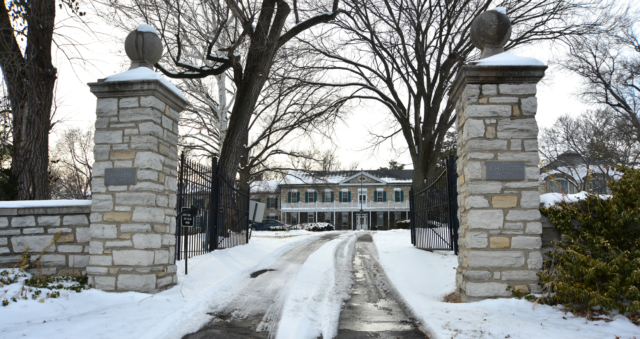 The untimely end of Joseph Charless, Jr. (1804-1859), a prominent St. Louis financier and banker and one of the founding members of the Board of Trustees of Westminster College, is one of the most sensational and tragic stories in Westminster’s history.

The son of Joseph Charless, publisher of St. Louis’s first newspaper and the first newspaper west of the Mississippi, the Missouri Gazette, Charless learned the printer’s trade but was sent to Transylvania University in Lexington, Kentucky, to gain an education. He graduated from law school there, but once he returned to St. Louis, he found the law was not for him, so he opened a wholesale drug and paint business with his father.

Charless became active in the civic and business world of St. Louis. He served as a member of the Board of Aldermen and a director of public schools. He was appointed by the governor as President of the State Bank of Missouri and later became president of the Mechanics’ Bank. He was also a director of the Pacific Railroad Company and one of the founders of Washington University. When Westminster College was granted a charter in February 1853 by the Missouri State Legislature, one of the 18 men on the first Board of Trustees was Joseph Charless, Jr. 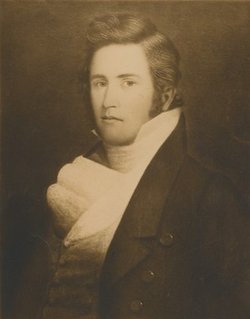 Charless married Charlotte Taylor Blow, the aunt of Susan Blow, who became famous for establishing the first public kindergarten in the United States. Active in St. Louis charitable work herself, Charlotte founded the “Home of the Friendless” in 1853 as a place where poor, elderly women who could no longer work and care for themselves could find refuge. This historic building, located at 4431 South Broadway, became known as Charless House and in 2016 was purchased by a developer to become senior citizen living units under the name Heritage Village.

When Charlotte’s parents died, leaving her fifteen-year-old brother Henry on his own, Joseph Charless helped Henry by taking him into his drug and paint company as a clerk. When Joseph’s father retired, Henry Blow was made a partner in the business. In 1844, the partnership was dissolved. Joseph kept the drugstore and Henry Blow kept the manufacturing firm, which later became one of the largest factories in St. Louis, the Collier Company.

By the spring of 1859, Westminster had become highly successful, and a meeting of trustees and friends of the college was set for June 7 to establish an endowment. But the tragic death of Joseph Charless on June 4 would send shock waves across the state and bring the planned meeting to a halt.

A man named Joseph F. Thorton, an officer of Boatmen’s Bank of St. Louis, had been dismissed from the bank and indicted for robbery. During his trial, Joseph Charless was called to the stand. As President of the Bank of the State of Missouri, Charless had been presented with some water-soaked, muddy bills which Thorton claimed he had found under a stump on the bank of the Mississippi River. Suspicious of the story, Charless refused to accept the bills for deposit and returned them to Thorton. Thorton was acquitted of any wrongdoing in spite of Charless’s testimony and other circumstantial evidence, but his reputation was ruined, and he could not find employment. He blamed Charless for his plight, and finally on June 4 lay in wait for him on Market Street between Third and Fourth Street. As Charless approached him, Thorton drew a pistol and fired. As Charless fell helpless to the pavement, the assassin shot him a second time. Witnesses of the horrific event said Thorton seemed “calm and unruffled” and when seized, turned over the pistol and asked to be taken at once to a magistrate for trial.

Outrage in the community was so great that a lynch mob marched to the jail, determined to hang Thorton, and the sheriff swore in extra deputies to try to keep order. Hearing of the turn of events on his deathbed, Charless sent his physician, Dr. Joseph H McDowell, who was a well-known citizen, to the jail to plead with the mob to allow justice to take its course. Dr. McDowell was successful in his persuasion, and the mob dispersed.

Sadly, Joseph Charless died the next day. But justice did take its course. Joseph Thorton was indicted for murder on July 8 and was tried September 19-20. He tried to enter a plea of insanity, but the court refused to accept it, and a guilty verdict was reached the second day of the trial. On November 11, 1859, Thorton was hanged in the yard of the jail.

The tragic loss of Joseph Charless cast a pall over the 1859 commencement. However, Charless’s only child and daughter, Mrs. E. E. Le Bourgeois from New Orleans, was determined to see her father’s dream for Westminster realized. She donated $20,000 for the endowment of the Charless Professorship of Physical Science, a position which was badly needed. The Trustees immediately named Professor G.C. Swallow, who would later head the College of Agriculture at the University of Missouri, to assume the professorship, but he declined, having committed to delivering a series of lectures on scientific agriculture the following year. In his place, Professor Alfred M. Mayer of the University of Maryland was elected to be the first professor to assume the professorship and would develop national recognition during his tenure at the College.

The twists and turns in this story were far from over. Twenty years after her donation to the College, Mrs. Le Bourgeois asked for the return of her notes when her finances became strained. Ironically, Westminster College was in as dire a financial need as Mrs. LeBourgeois. On December 9, 1867, the College had been sold at the courthouse steps, and the note assumed by one of the college’s trustees, Edward H. Bredell.

Therefore, when Mrs. LeBourgeois asked for her notes to be returned, the College refused, and she retaliated by stopping the payment of interest. The Trustees sued but ended up reaching a compromise with Mrs. LeBourgeois. She agreed to pay an outright fee of $10,000 in exchange for her notes. But when the Board proposed she also pay the $2,500 in interest which had accumulated in arrears, she refused.

At this point, Edward Bredell, who was friendly with both parties, stepped in. He had held the title to the college property ever since the foreclosure in 1867. Previously, he had told the Trustees that he would return the title to the College when they had raised $100,000 for the endowment. Now he said if the Board would accept Mrs. LeBourgeois’s offer and forget about the interest, he would return the title of the College to the Trustees. Any further nastiness was prevented when the two parties mutually agreed to the settlement. 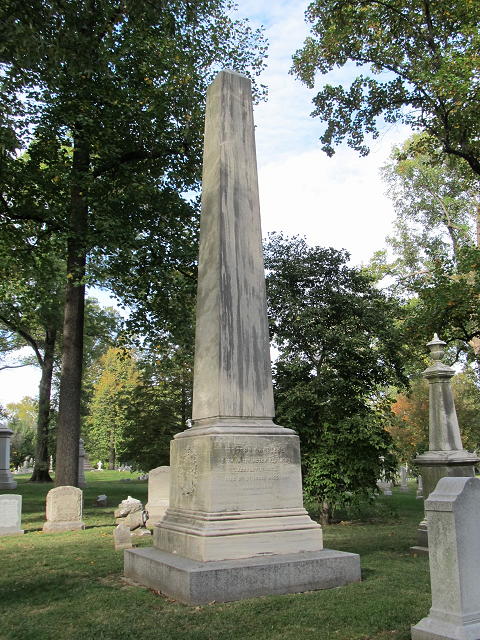