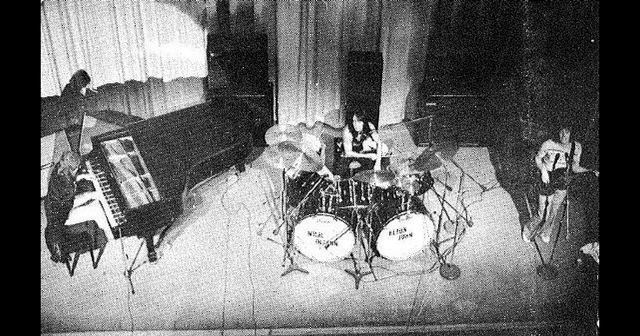 Right before Thanksgiving break in 1970, Westminster student government representatives were faced with a dilemma—how to spend a small amount of money left in the Student Activity Fund for the semester. The decision was made to hold a concert, but the question was who might be available on such short notice.

The students contacted Mizzou law student Milt Harper, who was well known in the area for working his way through college as a booking agent. Milt had been responsible for bringing acts such as Ike and Tina Turner and the Righteous Brothers to Mid-Missouri. Later on, Milt would make a professional name for himself as Prosecuting Attorney and then Associate Circuit Judge of Boone County. Sadly, Milt passed away in 2016.

The response soon came back from Milt. The first choice was an extremely popular college band, Doug Clark and the Hot Nuts. This rhythm and blues band, which was all the rage at fraternity parties in the Sixties and known for their risque song lyrics and performance in various stages of undress, were the inspiration for Otis Day and the Knights in the film Animal House.

The second choice was fairly unknown on campus—a British singer whose first single, “Your Song,” had just debuted the month before and was in the process of climbing the charts to number eight. Little did anyone know at the time that “Your Song” would be inducted into the Grammy Hall of Fame in 1998.

The “preppie” segment of campus was all in for the Doug Clark group, and the “long-hairs” wanted the British band. After all, the Beatles had been a sensation. Fortunately, for Westminster history and the lucky students who attended, the “long-hairs” won the battle.

Records on the band’s appearance are sketchy. In fact, all Westeryears found was a yearbook photo with no caption, student accounts of the event, and photos with captions in The Columns student newspaper and the Fulton Daily Sun-Gazette. From these accounts, we know the opening act was the folk singers Branierd and Henley, and that the main attraction, which is listed in both publications as “Eldon John,” was paid $2,800 for their appearance in Champ Auditorium, and the crowd was approximately 400 people.

The Elton John Band concert at Westminster was the first of 28 total Missouri appearances Sir Elton John has made in his long and distinguished career, and it was the only Missouri appearance on that first 1970 U.S. Tour. The stop in Fulton was shoe-horned between concerts in Minneapolis and Anaheim. Carl Kolb, ’71, met the band members in St. Louis and escorted them to Fulton.

Westeryears is grateful for the assistance of John F. Higgins, web editor for Rocket Entertainment, who helped provide some information for this account. As a representative for Elton John, he had never been able to officially verify the Westminster appearance, and the photos and clippings provided by Westeryears have now made that concert a part of the official record. One of Higgins’s contributions is the 1970 U.S. Tour playlist for the Elton John Band, which gives us some sense of what the group must have played. 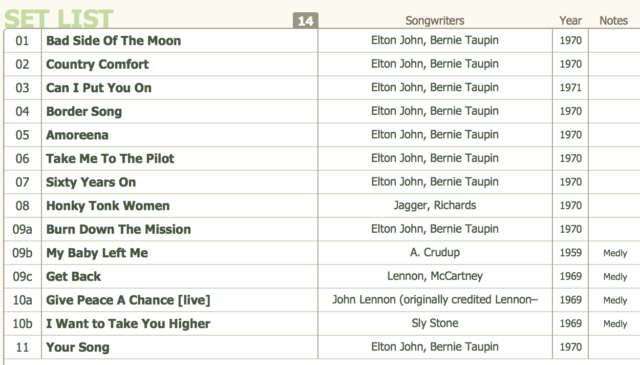 The student writing the caption for The Columns must have been a disgruntled Hot Nuts band lover because in his brief photo caption, he describes “Eldon John” as “a bomb” and that “the preliminary act of Branierd and Henley, California folk singers, saved the program with their excellent harmonics in the style of el Simon and his Garfunkel.” Today no record even exists of the undistinguished act of Branierd and Henley, and “Eldon John” appears to have made a name for himself.

The most accurate account and best information come from Nathan “Mack” Norton, ’71, a Sigma Chi from Little Rock, Akansas, who was one of the lucky souls in attendance that night, December 1, 1970. According to Mack, Elton John took the stage resplendent in a long cape, backed up by drummer Nigel Olsson who still plays with Elton and bassist Dee Murray, who died in 1992.

Mack says the group began with “Your Song,” the one number that he and some other Westminster students knew, and they all assumed the evening was going to be a soft rock, laid-back affair.

“But by the time he got to the fourth number, ‘Take Me to the Pilot’,” he was in high gear,” Mack says. “He had kicked back the piano bench, stood up, and was rockin’ and rollin’. He out Jerry Lee Lewis’d Jerry Lee Lewis.”

According to Mack, the audience was standing up and rocking and rolling most of the evening right along with the band. “That concert is one of the most memorable experiences of my life,” Mack says. “It was a great night.”

Since Sir Elton John left Westminster and throughout a five-decade career, he has become one of the best-selling and most popular music artists in the world. He has released more than 30 albums; had more than fifty Top 40 hits; won five Grammys, an Academy Award, a Tony Award, a Golden Globe Award; and received the Kennedy Center Honors in 2004. He was inducted into the Rock and Roll Hall of Fame (1994) and the Songwriters Hall of Fame. In 1998, Elizabeth II invested him as a Knight Bachelor for his “services to music and charitable services.” Long known as a champion in the fight against AIDS, Sir Elton has raised over $200 million through the Elton John AIDS Foundation.

The Westminster community probably all agrees now that after 48 years, it is time for Sir Elton John to come back to Champ Auditorium for a return engagement. 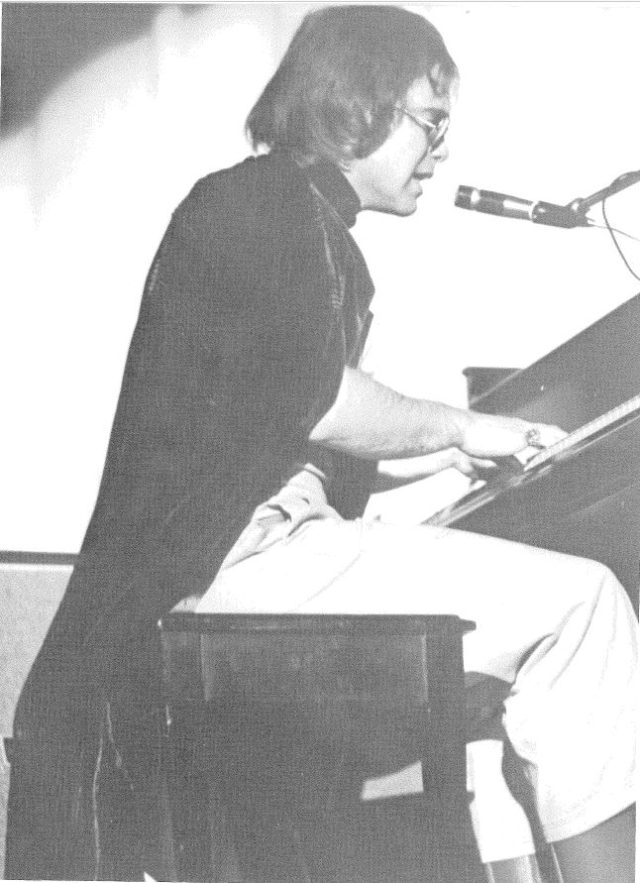