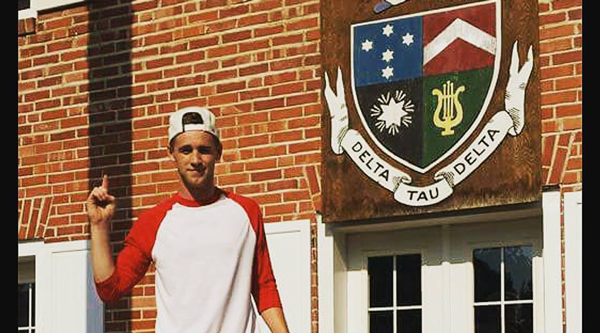 Alec Bise says he knew before he arrived on campus that Westminster provided an inspiring atmosphere, but once he did become a student, he was still surprised at what he learned about the Westminster community.

“I knew this was a positive place,” Alec says. “But when I got here, I was surprised by the alumni support — their passion and pride in Westminster. The College runs on those relationships.”

Currently a Westminster junior, Alec plans to graduate in May 2018 and is pursuing a dual-degree in nursing through the College’s partnership with Goldfarb School of Nursing at Barnes-Jewish College (GSON) in St. Louis. Westminster’s strong pre-healthcare professionals program attracted Alec to Westminster.

“Coming out of high school, I knew I wanted to go into the medical field,” Alec says. “I wanted to help people as a doctor or a nurse, but I wasn’t sure.”

He shadowed a doctor in Jefferson City who advised him find a small college where he could make a name for himself. He researched other colleges, but ultimately chose Westminster, thanks to the college’s size, the anatomy lab (unique for an undergraduate college), and his family ties — Alec’s dad Branden works in the College’s marketing department.

“When I pulled into the parking lot with the car loaded full of stuff on move-in day, there were 10 people waiting to help,” Alec says about one of his first impressions of Westminster as a student.

He says he knew right away that he could get involved here and do anything he wanted. Freshman year, he decided to join Student Ambassadors. 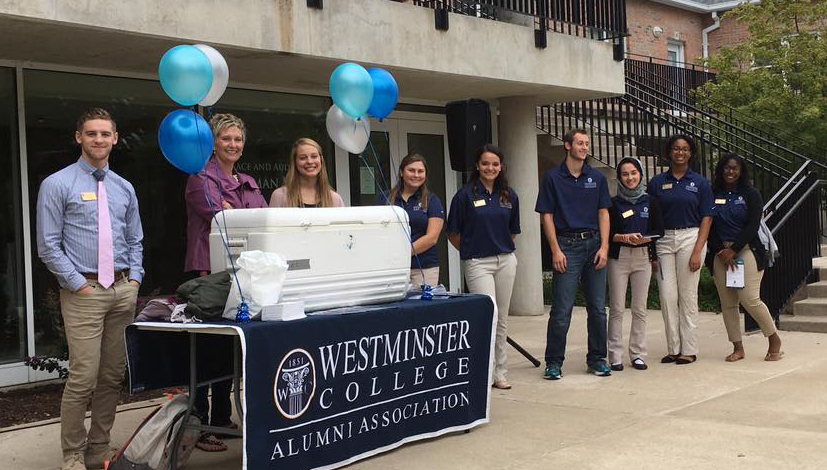 Alec (far left) will serve as the president of the Student Ambassadors during his senior year.

“It was one of the best decisions I have made,” says Alec, who was recently elected president of the organization. “The organization has developed my networking, professional, and communication skills.”

He’s also been active in Delta Tau Delta, Student Government Association, Tri Beta national honor society, Pre-Healthcare Professionals, and the Performing Arts Club, allowing him to pursue his passion for acting. Alec has recently been initiated into the 121st Society of the Skulls of Seven at Westminster. 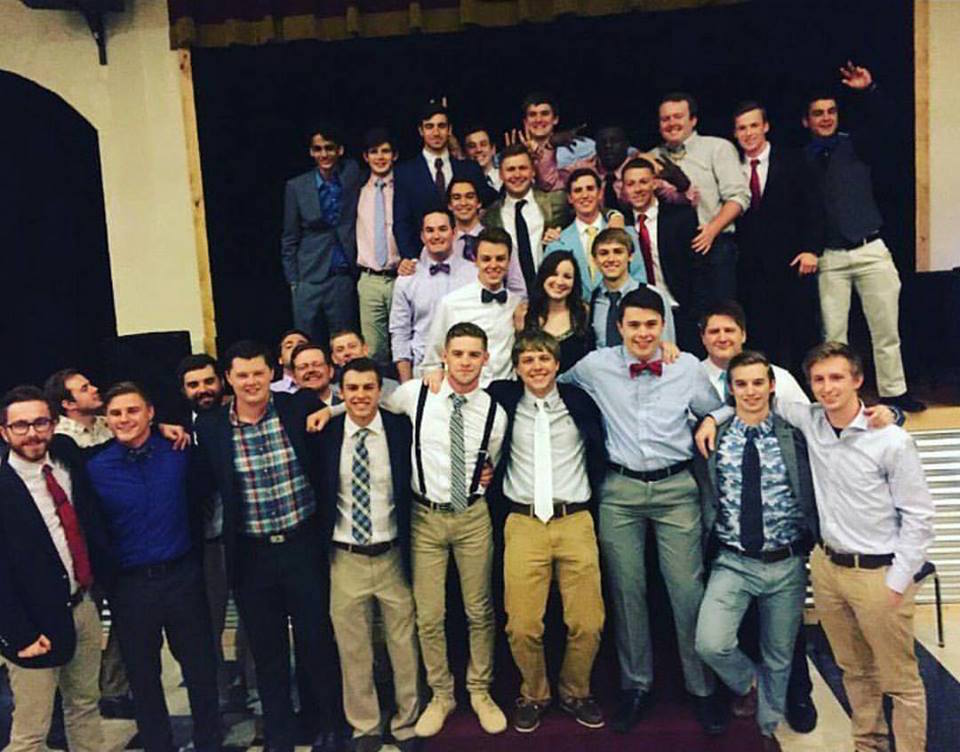 Alec is a member of Delta Tau Delta fraternity.

Alec grew up on stage, with both parents active in performance arts, and he knew he wanted to continue pursuing acting in college.

“As a liberal arts college, Westminster covers all fields of knowledge and provides students like me to act and learn about art,” he says. “We have a lot of talented people on campus.”

With his science classes preparing him for his nursing career, he’s also made sure his class schedule has included time for Play & Performance class with Dr. Nate Leonard — a class he’s now taken three times, with the flexibility to change the course to advance his skills and knowledge each year. Learning the basics of acting and how to analyze a scene the first year, Alec is now working on devising his own play in his third year of the course.

Alec speaks with equal enthusiasm about his science courses. Last semester, he took a capstone course on evolution with Dr. Gabe McNett, a class he says is one of this favorites so far at Westminster.

He cites Microbiology with Dr. Mike Amspoker as one of the most challenging courses he’s taken, but also one of the most rewarding. Amspoker has been a key figure in helping Alec determine the best major and guiding him through his nursing education.

“Dr. Amspoker has a coach mentality,” Alec says. “He actively listens and makes sure you know what you are talking about.”

“Alec is a bright, alert student and very few facts or insights slip by him,” says Amspoker. “He will become an outstanding nurse and most probably a leader in the field of nursing in the near future.” 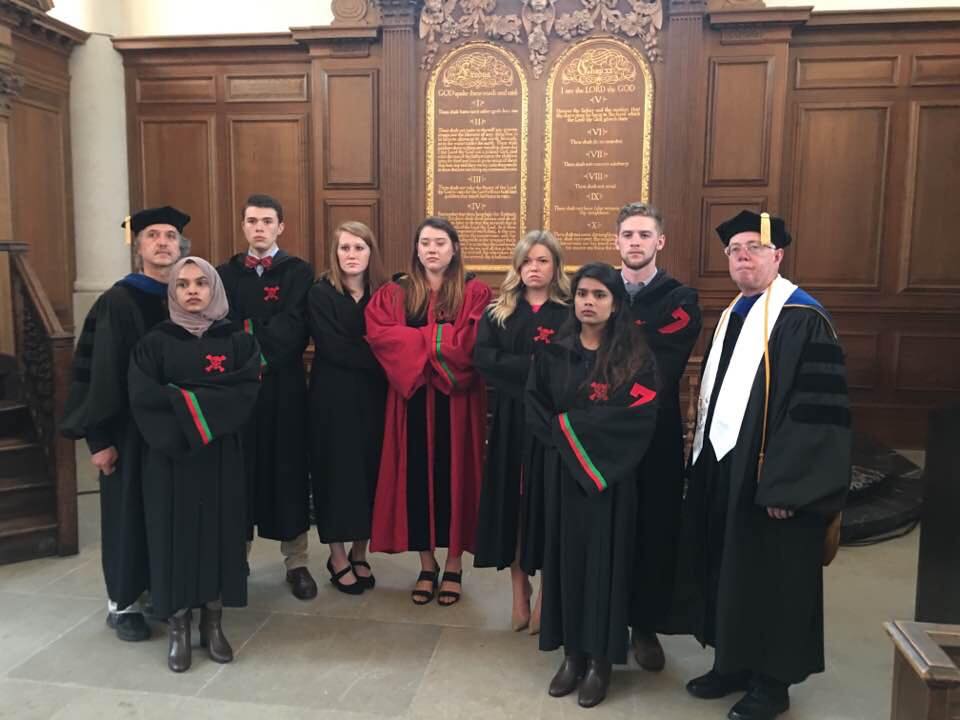 As a Student Ambassador, Alec says he has developed an appreciation for the role that alumni play in supporting Westminster.

“(Our alumni) know what Westminster did for them,” he says. “The College stays great because of our alumni and friends that give to the Westminster Fund.”

“Every activity, everything at Westminster is linked to the Westminster Fund,” says Alec. “We have to continue to build our alumni body who give and make current students aware of the importance of giving.” 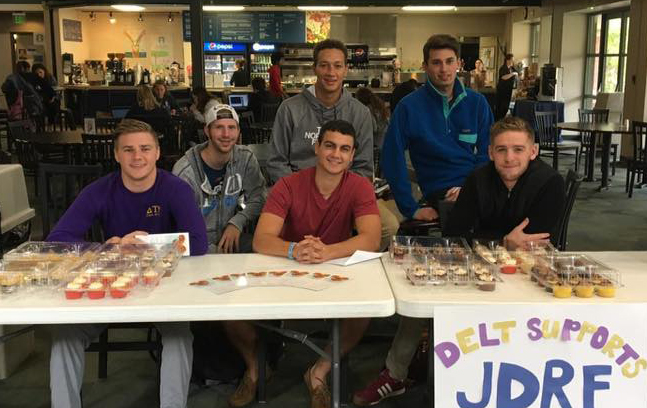 Alec sees the interconnectedness between the activities and academics that have helped develop him at Westminster, the alumni who support the College, and his future.

“Being at Westminster has given me an advantage that I don’t think I would have gotten anywhere else,” he says. “There’s a team behind me (at Westminster) that is helping me succeed. Anywhere else, without this support team, I wouldn’t have been as driven.”

In addition to his service on campus as a Student Ambassador, Alec is giving back to Westminster by encouraging other students to attend. In April, he went back to his high school alma mater — Jefferson City High School in Jefferson City, MO — to talk to students there about his Westminster experience.