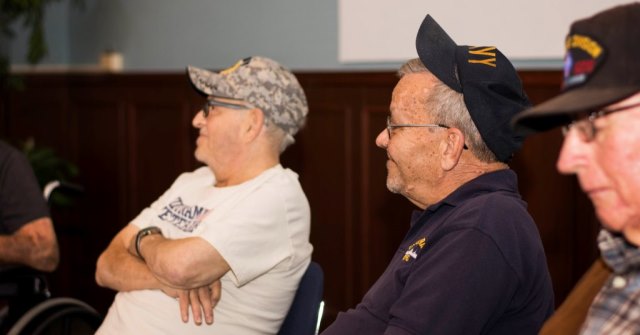 On Monday, Nov. 7, a group of veterans from the Mexico Veterans Home in Mexico, MO came to Fulton to speak about service and citizenship to Westminster freshmen taking the seminar “Love, Death & Taxes: Patriotism & World Citizenship in the 21st Century,” a class conducted by Dr. Jeremy Straughn. 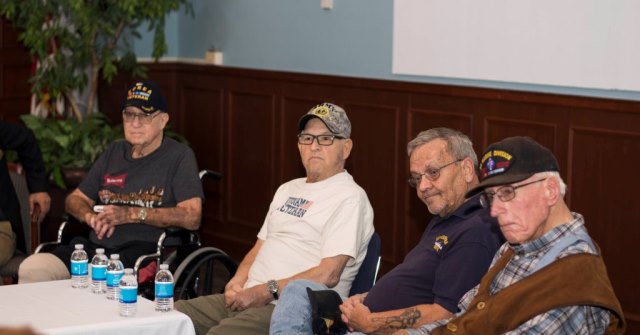 Two of the attending veterans served during the Korea conflict, and the other two during the Vietnam War.  Four military branches—Army, Navy, Air Force, and Marines—were represented.  After the panel discussion, the veterans mingled with the seminar students over lunch (courtesy of Brooklyn Pizza).  The four veterans were accompanied by Kathy Winkelman, Supervisor of Volunteer Services, and April Campbell, a staff member from the recreational therapy department.

“I learned a lot about the way others can view the term patriotism,” says Summer Sadler ’20. “I think it really changes your view of what the word means after talking to people who essentially risked giving their lives with their interpretation of it in mind.”