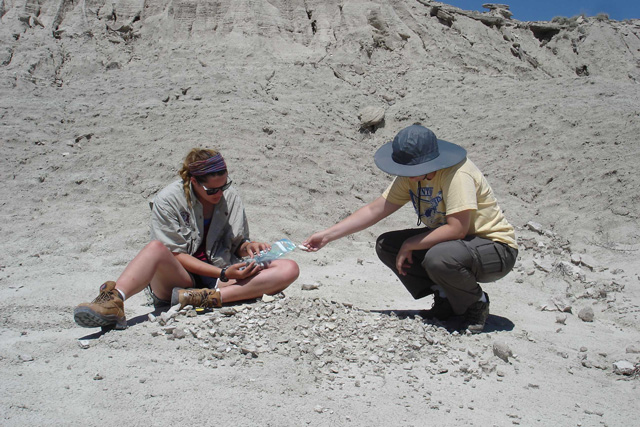 “To be able to go on a trip of this nature as an undergrad is priceless,” says Mikaela Ruga ’16, an Environmental Science major who completed the paleontology trip with Dr. Schmidt two consecutive summers. “So many people in this field never get to experience something like this until grad school.”

“This was our most productive and successful field season yet,” says Schmidt. “We recovered more material than we ever have – and of amazing preservation. Some of our findings will result in very exciting future research and field projects. One of these includes the potential major excavation of a large ungulate next summer.”

Other findings included a very large and complete tortoise shell, an enteledont (a large extinct peccary-like animal) mandible, a fairly complete dinosaur limb bone, a concentrated vertebrate microsite, and petrified stumps believed to be part of an ancient forest. 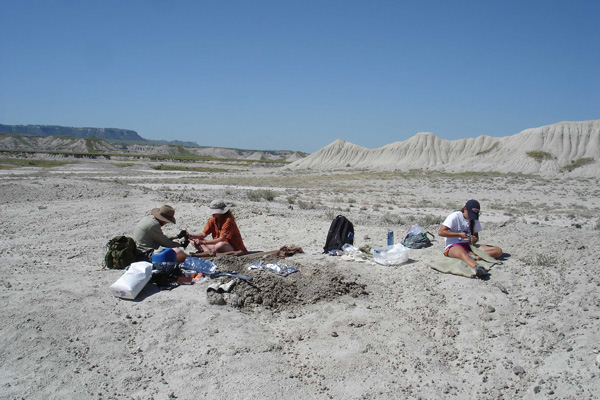 Kristen Hurst ’18 says that, while the hiking and summer heat were challenging, finding that first fossil was the best part of the trip.

“Even later when I found bigger or more complete fossils, the excitement I felt that first moment was the greatest,” she says. “This was my first time out in the field rather than in a lab or classroom, and the experience was so different and amazing. I initially feared the field would be too taxing on me, but I wouldn’t trade those two weeks for anything. That trip is something I will never forget.” 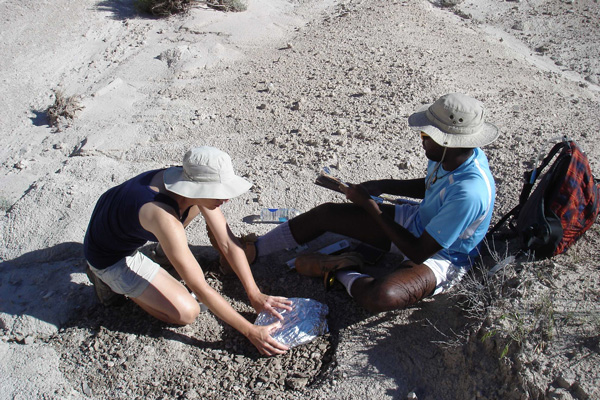 For Meredith Bolen ’16, the research was the best part of the trip.

“I have spent the last two years of my college career studying and researching fossilized tortoises with Dr. Schmidt found in the Oligocene time period,” Bolen says. “This trip gave me a practical aspect along with the background of where, how, and what was found in the field along with the particular shell I have been studying.”

Bolen also says she learned about a lot about both the real-life aspects of a geologist, including the hardships of going into the field in challenging weather conditions and dealing with finances, and about herself.

“I have learned how to spot, retrieve, and identify general limb bones and vertebrae. I never thought I would be able to do that,” she says. “I also learned how much I love to hike and spend time outdoors. I knew I loved being outside, but this experience has taught me a brilliant combination of life, land, and love for research.”

Ruga echoes Bolen’s sentiment and says this experience reinforced how much she loves geology and paleontology.

“Sitting in a classroom, you can learn a lot. But you don’t actually get the full experience, know how much work is involved, until you actually go out in the field and do it,” Ruga says. “I’m extremely thankful and grateful for all of Dr. Schmidt’s hard work, because without him, none of this would be possible, and to have been able to be a part of this for two amazing summers.” 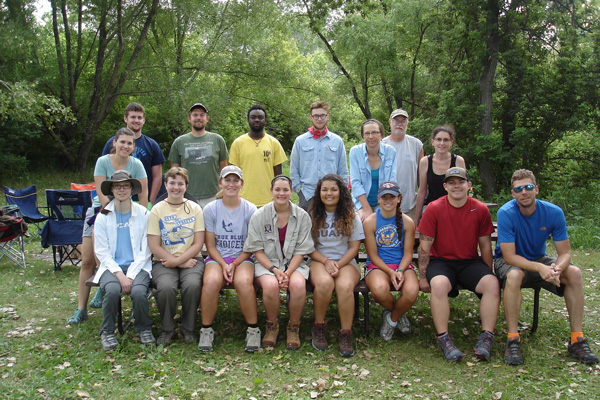