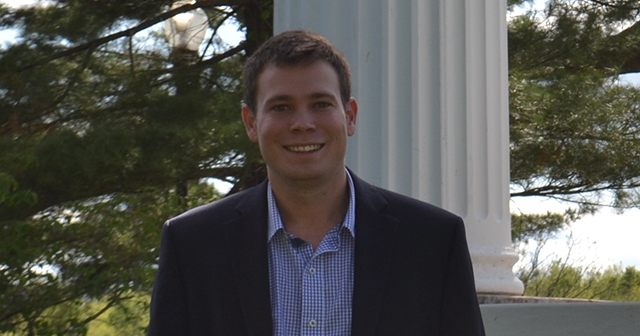 Blake Stonecipher, Class of 2016, has been selected by the Westminster College Board of Trustees as Young Trustee for 2016-17. His term will officially begin on July 1, 2016.

An accounting and business administration major from Wildwood, Missouri, Stonecipher has been on the Westminster College Dean’s List every semester of his undergraduate years. He is involved with Alpha Chi honor society, Alpha Lambda Delta honor society, Student Foundation and the Student Government Association, and his leadership positions include grand marshal of the Skulls of Seven, vice president of the Student Athlete Advisory Committee, treasurer and corresponding secretary of Kappa Alpha Order and chief education officer of the Blue Blazers Investment Committee. He also played on the Varsity Basketball team for three years at Westminster as well as Varsity Golf.

CPA exam eligible this May, Stonecipher has already garnered an impressive list of work experience, including internships with Clifton Larson Allen, Northwestern Mutual, State Farm and World Wide Technology. A testament to his work ethic, he was offered a position as an associate with PricewaterhouseCoopers in St. Louis before the fall 2015 semester even began.

“He [Blake] is an intelligent, responsible, hardworking young man who consistently produces quality work and always strives for excellence, no matter the task,” Elise Bartley, Assistant Professor of Accounting, shared in a letter of support for Stonecipher’s Young Trustee nomination. “Blake’s ability to analyze information and make informed and mature assessments based on facts continues to impress me.”

Stonecipher’s activities and honors, Bartley added, “demonstrate the experience that Blake has gained during his time at Westminster, as well as his dedication to the College.”

Through his involvement with Kappa Alpha Order fraternity, Stonecipher has worked closely with Steven Ebert ’16, who served as president of Kappa Alpha during the spring 2014 and fall 2015 semesters.

“Blake was constantly a shining example in our house,” Ebert said in his is letter of support for Stonecipher’s nomination. “He consistently held a high GPA, took an active role in chapter discussion and made an effort to better the house in every way he could. … Blake has been, and currently is, a leader within our house.”

The Young Trustee serves for a two-year term and is an ex-officio member of the Board of Trustees’ student life committee, enrollment committee other committees as determined by the board chair. Nominated as a graduating senior, the Young Trustee will work with other Board of Trustees to support the College, stay active in the Westminster community and share the perspective of our newest alumni.

The selection process for next year’s Young Trustee will begin in the fall of 2016, and the entire campus community will be invited to nominate deserving students from the Class of 2017 for the honor. Nominated students will be notified and encouraged to submit a formal application for review by the President of the College. From a narrowed pool of three finalists, the Board of Trustees will select the next Young Trustee.