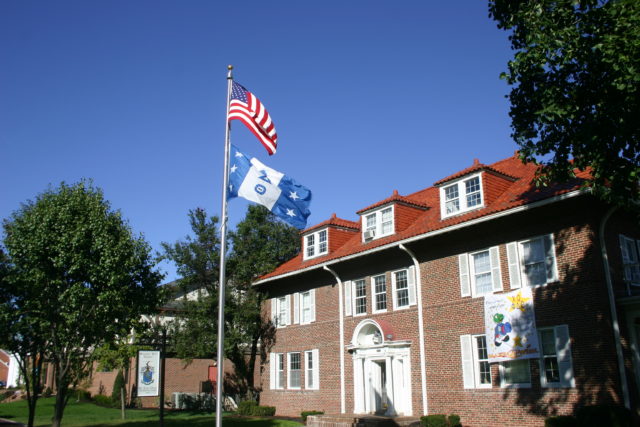 Through the support and contribution of each of its members, the Missouri Beta chapter of Phi Delta Theta at Westminster exemplifies the fraternity’s motto that “One Man is No Man.”  The chapter worked together during the 2016-17 academic year to achieve great accomplishments and was recently recognized by Phi Delta Theta International for its success.

Each year Phi Delta Theta International presents awards to its best chapters for their accomplishments during the school year.  During the even years, the awards are presented at their Biennial Convention and during the odd years they are presented at the Kleberg Leadership Institute held at Miami University, located in Oxford, Ohio, where Phi Delta Theta Headquarters is also located and where the fraternity was founded in 1848.

This year, the Missouri Beta Chapter of Phi Delta Theta at Westminster was again recognized as one of the fraternity’s outstanding chapters.

Missouri Beta is one of only 18 of 187 chapters that qualified at the highest level — “Chapter Excellence” (Gold Star) — this year.  Those chapters qualifying must excel at administration, reporting, risk management, finances, scholarship, conducting rituals, alumni relations, community service and philanthropy, facility management, recruitment, campus involvement and leadership, as well as receive recommendations from their leadership consultant from PDT headquarters, their advisers, and the staff of their college or university.

Phi Delta Theta also divides their chapters into three groups based on the size of the college or university. Westminster is classified in the small institution category (under 2,700 male students). The chapters qualifying for the excellence award also compete for recognition as the best overall chapter in their size category. The small institution category includes schools that are nearly five times larger than Westminster.

The highest award available to the Westminster chapter is the Kansas City Trophy.  This year, within the small institution category, Missouri Beta was recognized as the second place chapter in the nation for this award. In the last four years, Missouri Beta has finished in the top two for this national award, earning the Kansas City Trophy in 2015.

Missouri Beta was also recognized with other awards, including the following:

This year the chapter was also recognized for two other honors by PDT International:

This national recognition follows a very successful year at Westminster for the chapter:

A major contributing factor to the chapter’s success is its compliance with Phi Delta Theta’s high national standards. Phi Delta Theta is a substance-free and hazing-free fraternity.  No drugs or alcohol are allowed in the chapter premises.

The members of Missouri Beta have led the way at Westminster to become a fraternity that lives up to the high standards established in 1880 by its founder Robert Morrison.