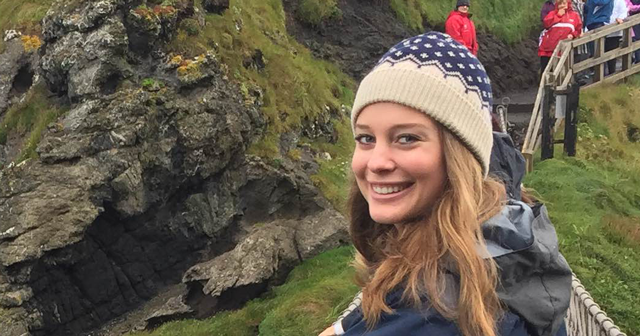 During commencement on Saturday, May 13, 2017, Roberta Burns ’17 was awarded the Outstanding Female Senior Award by the Alumni Association. Each year, an award is given to one male and one female from the graduating class. Read on to learn about Roberta’s Westminster experience.

During her first visit to campus as a high school senior at Monroe City High School, Westminster senior Roberta Burns says she saw something valuable in the connections she made with faculty even before enrolling.

She’d planned on going to college far away from her parents’ home near Mark Twain Lake and not to a small school, but her dad saw a billboard for Westminster and encouraged her to check out the college. What she discovered during her visit surprised her.

“Faculty were so invested in me before I got to Westminster,” she says about that first encounter, particularly about meeting professors Dr. Tobias Gibson and Dr. Cinnamon Brown.

From that first interaction, Roberta says she knew she would receive one-on-one attention and the opportunity to lead in a variety of organizations.

While her expectations for what Westminster would offer were high, she says she did not fully appreciate what was ahead of her — and how the Westminster experience would impact her personal and academic success.

“I didn’t really understand the value until I got here,” she says about Westminster. “I thrive on personal attention. It’s so impactful.” 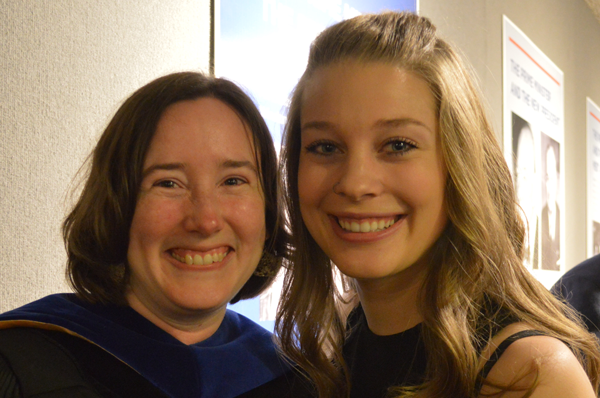 Roberta (right) with Dr. Heidi Lavine at Roberta’s induction into the Alpha Chi honor society. “Dr. Lavine has been an incredible role model as I worked with her in the honors program,” says Roberta.

Oh — and she’s a member of the Skulls of Seven, Westminster’s most prestigious student organization, dedicated to upholding the traditions and ideals of Westminster College. 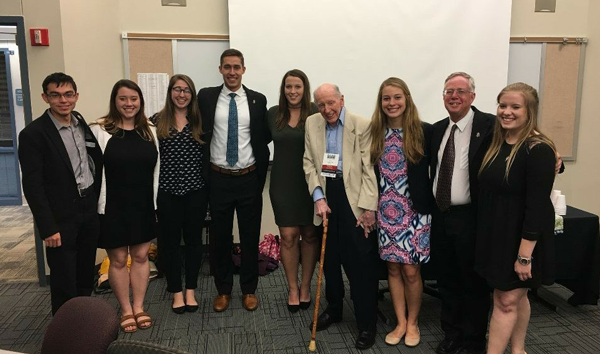 Roberta (third from right) with the Skulls of Seven members and Jack Ogden, the oldest living skull, Class of 1940, 100 years old, during Alumni Weekend 2017.

Her best Westminster experience, however, didn’t happen on campus.

A recipient of the Piper Scholarship, Roberta took advantage of the opportunity to study abroad and spent a semester of her junior year in Northern Ireland. Through that experience, she traveled to 10 different countries. 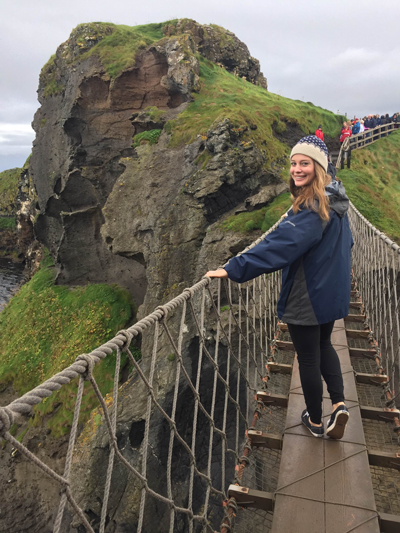 A business communication/business administration major, Roberta says the experience — and what it taught her about traveling and how the kindness of strangers makes a difference — helped confirm her desire to enter the hospitality and tourism field after graduation.

The most pivotal point of her travels occurred while she was in Morocco when Paris suffered a terror attack during the weekend of Nov. 13, 2015. While the news spread on social media and the internet, she saw the response in Morocco on the ground.

“It was life-changing,” Roberta says about the outpouring of emotion she witnessed and felt, in a country with mosques and Catholic churches existing side-by-side. “Peaceful, loving people were rallying together all over – it was a powerful experience.”

She realized how universal the human experience is, regardless of nationality or religion. That weekend, she saw some Moroccan children playing ball outside. She stopped and played with the boys, as she would have with her brothers back home, and appreciated the simple, yet vital connections we can make as human beings.

The importance of the Westminster community

As an RA and a member of Student Foundation, Roberta says she has learned a lot by watching the students she met on tours choose Westminster and then staying connected with them and witnessing their progression on campus.

As a Student Foundation member, as she gives tours, she tells prospective students that, at Westminster, they will be empowered to achieve whatever they are passionate about: “Someone will be here to say yes – let’s make your dream happen.” 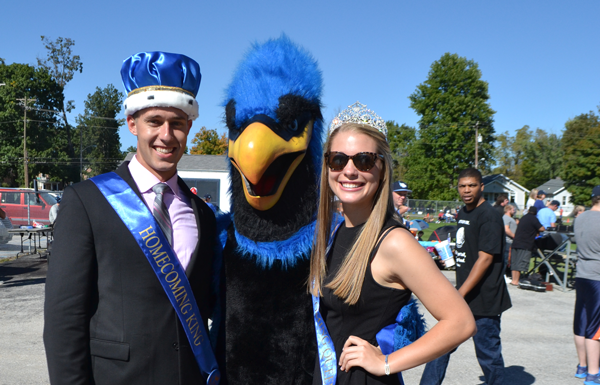 That’s been her experience at Westminster, and she’s proud to share it.

“There’s a community behind me,” Roberta says. “As an individual, I don’t do all these things by myself, but I can excel in many different areas because of the Westminster community.”

“Roberta is one-of-a-kind and one-in-a-million,” says Jackie Weber, associate dean of student life and director of campus life. “She’s the student that anyone would be honored to work with, and she’s taught me as much as I’ve probably taught her.

It sounds so cliché to say that she really can do it all, but with Roberta, it’s true.  Her personality lights up a room, and people instantly gravitate towards her.  More importantly, what you see is her authentic and genuine self. I admire her for all she’s done at Westminster, but more importantly, I admire her for doing it with impeccable integrity and moral character.  Students who know her aspire to be her, yet she remains humble and grounded.  She’s one who has definitely made Westminster proud.”

Roberta says that leading the first student campaign for the Westminster Fund will always stand out to her about her Westminster experience, particularly because the $600 goal sounded daunting at the beginning of the campaign.

“The Westminster Fund touches every single part of my Westminster experience and enhances it,” Roberta says, recognizing the importance of the generosity of others in making Westminster and its students successful.

Ultimately, students raised more than double that amount, and President Akande matched the amount with a two-to-one donation.

“(The campaign) was a celebration of what is good about Westminster,” she says. “I feel confident about the future of Westminster because people wanted to be part of that day, that moment. Dr. Akande’s matching gift reinforced the administration’s commitment to our future.” 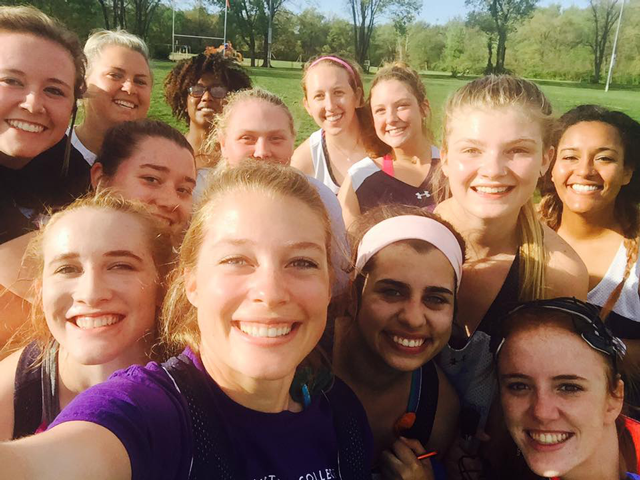 Roberta takes a selfie with the Westminster lacrosse team on the last day of practice in the 2017 season. She was one of the members of Westminster’s first-ever women’s lacrosse team.