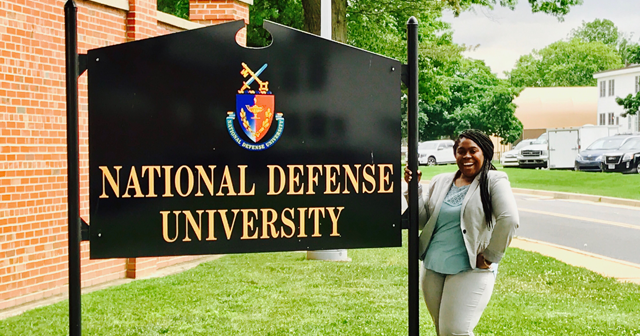 Sydney Franklin, a junior Security Studies major (National Security emphasis) with a Spanish minor at Westminster, is completing a summer 2017 internship in Washington, D.C., thanks to support from one of the College’s most prestigious fellowship programs — the Emerson Fellowship, named in memory of the late Missouri Congressman Bill Emerson.

“I am so appreciative,” she says about her selection for the fellowship.

What makes the honor really special, she says, is that it is funded, in part, by a Westminster alumnus — the late Congressman Bill Emerson, Westminster Class of 1959. The Emerson Fellowship is a public policy internship that commemorates Emerson’s achievements and significant contributions to the shaping of American public policy over five decades. It is an annual award, exclusive to Westminster College, that provides a unique opportunity to learn about the political system through direct exposure to public and private sector roles in public policy development.

Her summer 2017 internship adds to an already impressive student resume.

“Sydney has been a model student, never shying from a challenge, working hard in the classroom and beyond to master her craft,” says Dr. Tobias Gibson, who Sydney works closely with on campus. “As most on campus are aware, I am very demanding of my students, and Sydney has risen to every challenge. She’s tutored for Introduction to Security Studies twice, coauthored an op-ed with me, now serves on the Symposium committee for the fall 2017 event and was one of three students who attended the American Bar Association’s National Security Law conference in 2015.”

Working on a variety of projects for her internship and heavily focused on editing and research, Sydney says her summer 2017 experience is a “great opportunity.” Each NDU intern is assigned a professor to work with, based on their background, skill set and language abilities. Sydney’s study of Spanish led her to be paired with a professor who served in the Colombian military for 40 years before coming to NDU and CISA to teach.

“CISA educates military personnel from all over the world — not just the U.S.,” says Sydney.

The global experience fits well with her interest in security studies.

“I like the nature of security studies, the study of what it takes to keep different institutions secure,” she says. “How we need to work together in a global community – global entities have to consider how each work.”

She says her Westminster education has helped prepare her for the challenges of her D.C. internship.

“Westminster has helped me gain confidence — that’s it not just what you say but how you say it,” she says. “That confidence has helped me in sharing opinions and ideas with military officials and faculty at CISA.”

She also credits Westminster for helping her improve her critical thinking skills — to be able to read through 30 to 40 pages of material, organize her thoughts and present her ideas.

“Sydney has worked diligently to become an excellent student and scholar, and she is, in my mind, the epitome of who we want our students to be, and to become,” Gibson says. “As for her future, it is bright. Sydney has already come a long way, and will excel in her career, and in serving her country. I fully expect Sydney to have the type of career books are written about.” 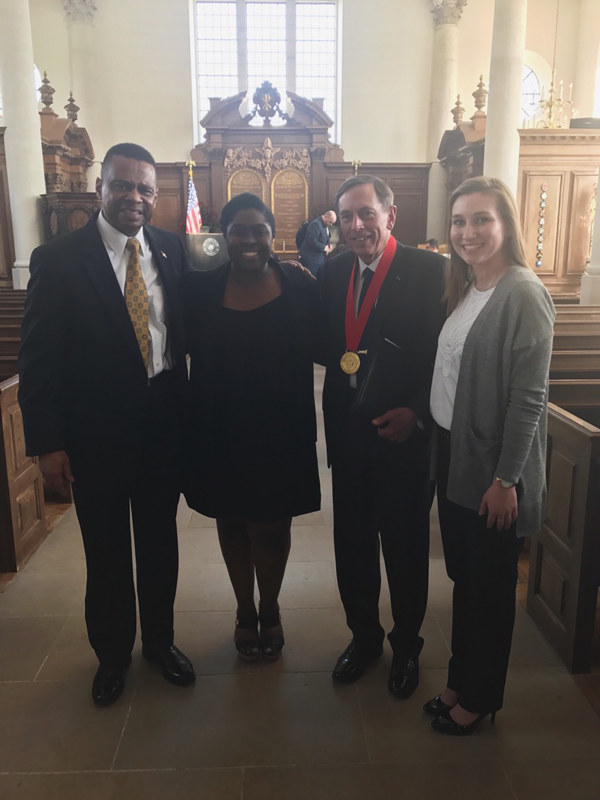 During the fall of her senior year of high school, Sydney Franklin was ready to take it easy while other friends stressed about their college decision. She had done her homework to research and choose a college, and her mind had been made up since junior year — and it wasn’t Westminster.

She had decided to attend to the University of Mary-Hardin Baylor (UMHB) in Belton, TX, a school that is small in size, which felt right to Sydney, and close to home, only about three hours away from her hometown of Carrollton, TX, a suburb of Dallas.

Her mind was set. She had met with her would-be academic advisor, had made a friend who would become her roommate, and had bought a t-shirt and pair of sweatpants to proudly display her college choice of UMHB.

When one of her aunts and a teacher — the late Peter Myers, Westminster College Class of 1980 — urged her to at least look at Westminster, she resisted, but finally acquiesced, with no intention of changing her mind.

All in all, her college search took her to 17 different schools, including NYU, Princeton, and Georgetown. Westminster was the seventeenth school she visited. At Westminster’s Scholarship/Leadership Day, Sydney talked law and politics with professors Dr. John Langton and Dr. Tobias Gibson, and she decided to give Westminster a chance.

“The home-away-from-home atmosphere drew me in,” she says.

She was torn between her initial college choice and Westminster. Her mom finally told her to draw a college from a cup. When she looked at the paper she drew out, it said Westminster, but Sydney says she already knew in her heart what the right choice was regardless of the circumstance.

“I knew at that moment that if Westminster hadn’t come out, I would have wanted to draw again,” she said.

Westminster was her school. 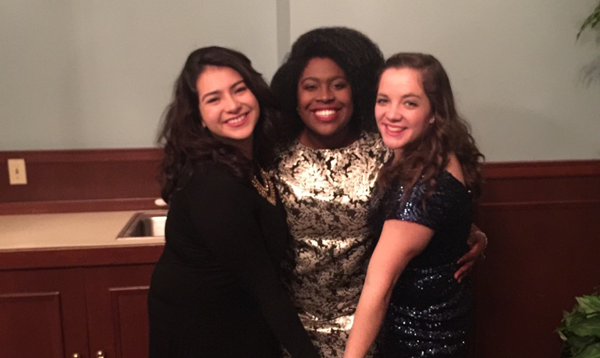 On Campus Activities and With Gratitude for Alumni Support

While Sydney admits she struggled to find her niche during her first two years at Westminster, her junior year has opened up to “something special.”

A member of Kappa Alpha Theta, a resident advisor in the Quad, president of Omicron Sigma Sigma, the Order of the Sword and Shield (a national honor society for Homeland Security and Intelligence) and more, she stays busy on campus, and when she refers to her extracurricular activities, she’s quick to point out what she has learned and gained from those experiences of service to Westminster.

As an RA, she says she’s learned a lot about how to understand and interact with different people. She never planned on being in a sorority, but she learned that keeping an open mind to new experiences can lead to good things — “I love being a part of the Greek community and especially a Theta.”

Her Student Ambassador experience led her to an active role in the 2016 Giving Tuesday campaign. Her involvement in the campaign taught her about the vital importance of alumni support of the Westminster Fund and about philanthropy.

“What’s really important about giving, in any capacity, is the outlook an individual must have to know that the donation they are making is larger than themselves,” Sydney says.

Reflecting on the generosity of those who support Westminster, Sydney has been impressed by the impact made by Westminster alumni and friends. Without the Westminster community’s support of the Westminster Fund — which provides critical support to all areas of campus life, including the general scholarship fund, academic initiatives, leadership programs, athletics, student activities and more — the College would be unable to operate.

“I’ve had opportunities at Westminster that I couldn’t have had elsewhere,” says Sydney about her time at Westminster. “From internships to attending a conference in D.C., to getting an op-ed published — I would not have had those experiences at another school.”

Sydney is grateful for those alumni and friends who have made gifts that have supported her Westminster experience.

“It’s so gratifying to see so many people come together for the good of the whole for time to come, caring about a body of people – creating opportunities for students now and for our future,” she says. 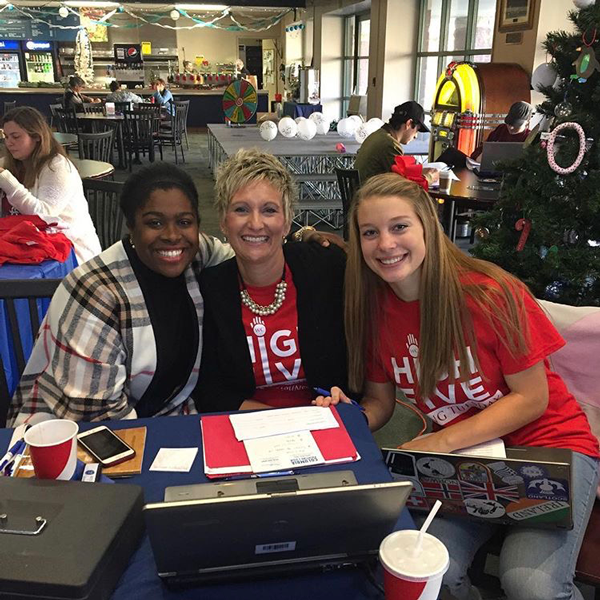