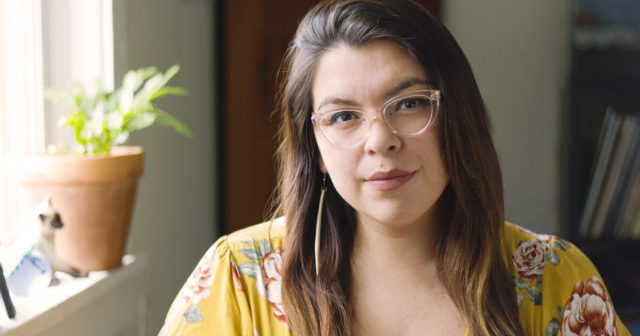 Eryn Wise, one of the speakers planned for the Westminster’s upcoming Hancock Symposium (September 20-21), knows firsthand what it is to stand up for principles against great odds.  A young Native American activist, she will describe the events and her role as an advocate against the building of the Dakota Access Pipeline on Standing Rock Sioux Reservation.

Fighting against tear gas, mace, water cannons, attack dogs, hunger, deadly temperatures, and force, she and thousands of pipeline resistance supporters battled the efforts of Dakota Access Pipeline to construct its pipeline under the Missouri River on Standing Rock grounds.  The resisters believed this construction would threaten the region’s clean water and disturb the ancient tribal burial grounds.

A native of Minneapolis, Eryn was raised by her grandmother on the Jicarilla Apache Reservation but returned to Minneapolis at the age of 16 to care for her mother.  Reading the coverage of what was happening at Standing Rock in the summer of 2016 and knowing that her twin siblings, Alex and Lauren Howland, were there with the International Indigenous Youth Council they had started, she left her home that August to go to Standing Rock.

During her time with the resistance, she became a leader in the International Indigenous Youth Council and gained a reputation as the “mom” of the group, even though she was only 26.  During her time there, she raised almost $30,000 from a social media fundraising page to be used for crucial supplies for the group.

What began as a tiny prayer camp demonstration in April 2016, at a site that became known as Sacred Stone Camp, grew by the end of the year to a grassroots demonstration of more than 10,000 people, with representatives from 748 tribes and all walks of life.

On December 4, 2016, the group won a victory for their cause.  Under President Obama’s administration, the U.S. Army Corps of Engineers denied an easement for the construction of the pipeline, and an environmental impact assessment was ordered for the area.  However, the victory was short-lived.

Since then, now President Donald Trump has vowed to move projects like the Dakota Access Pipeline forward. Eryn and three other Native American women leaders with 1,000 followers staged a sit-in at the U.S. Army Corps of Engineers headquarters and marched down the streets of Washington, D.C. on President Trump’s inauguration day. The march momentarily stopped in front of the newly opened Trump Hotel to offer a prayer. On February 7, 2017, President Trump authorized the Army Corps of Engineers to proceed with the project.

Eryn returned to Minneapolis to begin work as an organizer for Honor the Earth, an indigenous environmental activist group.

During the resistance effort at Sacred Stone Camp, Eryn was asked why so many took up this cause.

Eryn is one of the many exciting speakers the campus will hear at “Advocacy and Activism: Leading from Where You Are,” this year’s Symposium.  #wcsymposium 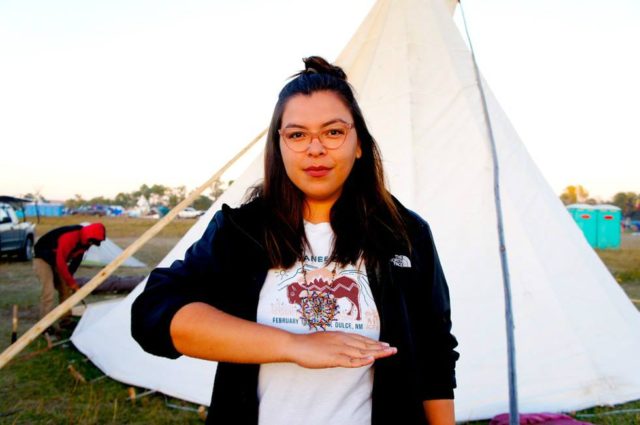