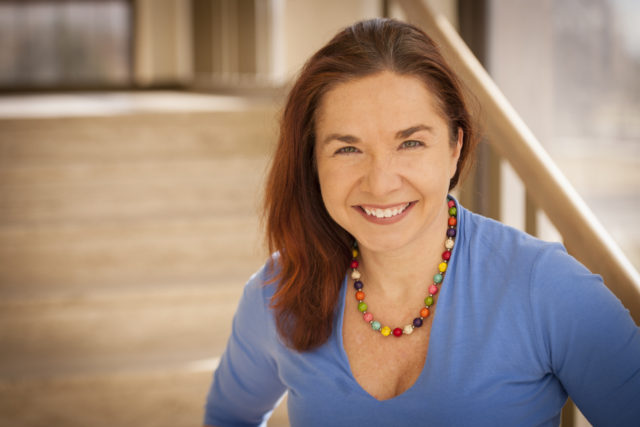 Climate change will be one of the dominant topics at this year’s 2017 Hancock Symposium, being held September 20-21 on the Westminster College campus, when one of the nation’s most prominent experts in the field lectures at the opening session.

Katharine Hayhoe, an atmospheric scientist, will explore the intersections of scientific fact and the ideological, socio-economic, and religious lines that keep Americans constantly divided on climate change.  She will also offer suggestions for shifting the focus toward climate action based on Americans’ shared values and concerns.

Her work has resulted in over 120 peer-reviewed publications in the top journals in the field of climate change.

She has been named one of Time magazine’s 100 Most Influential People and Foreign Policy Magazine‘s 100 Leading Global Thinkers as well as one of Politico‘s 50 thinker, doers, and visionaries transforming American politics and one of Fortune‘s 50 World’s Greatest Leaders.

Hayhoe has received the Friend of the Planet Award from the National Center for Science Education, the Climate Communication Prize from the American Geophysical Union, and the Distinguished Service Award from the Sierra Club.

With the theme of “Advocacy and Activism: Leading from Where You Are,” this year’s Hancock Symposium will invite campus participants to consider how they can be agents for change in defining the next century and encourage them to fulfill their potential as global leaders.