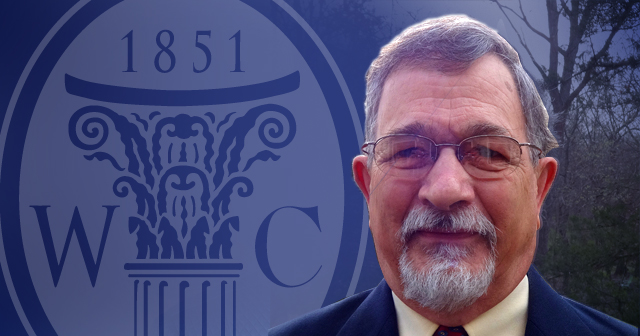 Dr. Bill Young, Emeritus Professor of Religious Studies at Westminster College, will discuss his new book, J.L. Wilkinson and the Kansas City Monarchs: Trailblazers in Black Baseball at Westminster College at noon on Wed., Feb. 15. The talk is open to the public and will be held in the Westminster Bookstore in Mueller Leadership Hall.

Young’s work relates the challenges faced by J. L.Wilkinson (1878-1964), the only white owner of a club in the Negro National League. Wilkinson began his baseball career with a women’s team in 1909, followed by the All Nations, a multiracial team in 1912. In 1920 he founded the Kansas City Monarchs, the longest running franchise in black baseball history. Wilkinson remained the principal owner of the Monarchs until 1948. Under his leadership, the Monarchs won 10 league titles and two (1924 and 1942) of the four World Series in which they played. In addition to league play, the Monarchs, accompanied by Wilkinson, barnstormed throughout the country and into Mexico and Canada, playing mostly white teams.

J. L. Wilkinson is responsible for a number of baseball innovations. He was the first owner to hire African American umpires. On April 29, 1930, he used a portable lighting system in one of the first night games in professional baseball history, five years before the first game under the lights in Major League Baseball (MLB). Wilkinson used promotions such as “Kids Day” and hiring female ushers to make women feel more comfortable at the games and to reduce male rowdiness. He required Monarch players to present “a positive image to the public,” which included dressing well, acting nicely, never smoking or drinking in public or cursing during games. Wilkinson also insisted on integrated seating at Monarch games.

In 1938 Wilkinson resurrected the career of the famed pitcher Satchel Paige. In 1945 he signed Jackie Robinson to his first professional contract. Wilkinson played a role in the signing of Robinson by the Brooklyn Dodgers as the first African American to play for a team in MLB. Wilkinson was posthumously inducted into the National Baseball Hall of Fame in 2006, joining 14 of his Monarch players.

Dr. Young was inspired to write the book after a visit to the Negro Leagues Baseball Museum in Kansas City, MO during which he saw a team photo from the 1924 Negro Leagues World Series and became curious about the one white face in the picture.

J.L. Wilkinson and the Kansas City Monarchs: Trailblazers in Black Baseball will be available for purchase for $36.00 and signing by the author. The Westminster Bookstore will give a 10% discount on the day of the book signing.

Dr. Young from Columbia, MO, has written several other books on the world’s religions and is the author of John Tortes “Chief” Meyers: A Baseball Biography.