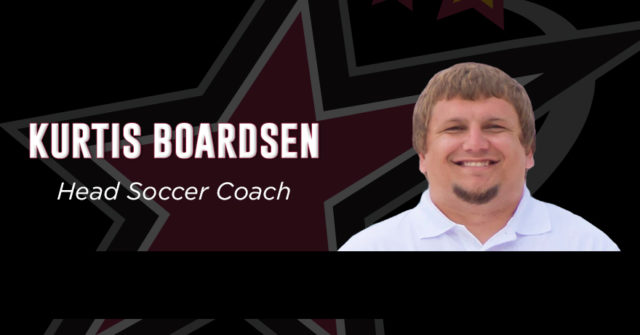 Kurtis Boardsen, a 2007 graduate and member of Sigma Chi fraternity from Ashland, MO, was recently hired to be the new head women’s soccer coach at Stephens College this fall. Soccer is relatively new at Stephens, which established the program in 2012. Kurtis already works full-time as a business specialist for IDEXX Bio Research in Columbia, Missouri, and plans to continue to help coach soccer for Sporting Columbia Soccer Club during the Stephens off-season.  He earned a bachelor’s degree in mathematics and secondary education from Westminster and played four years of Westminster soccer.

How did this opportunity come your way?

Stephens former coach Lance Gordon left late this summer to accept another job. I’ve been a youth coach at Sporting Columbia Soccer Club, and the college notified the club that there was a coaching vacancy, so I thought I would put my name into the hat and apply to see if I could meet their need, and it worked out.

Obviously, Westminster played a part in your discovering your power in purpose. What kind of role did the College play?

Westminster allowed me to become a successful individual by allowing me to grow on my own. I was given all the tools to create my own way, by many of the faculty and staff, but was supported in my decisions, once they were made. Westminster College is a great place to discover who you want to become and allows the freedom to become that person.

Who were major campus influences on your life during your Westminster years?

I was given great guidance by multiple soccer coaches while at Westminster College, particularly Joel Wallace and Martin Clayes. While Joel Wallace left my sophomore year to coach at UAB, he recruited me and gave me my start at Westminster. He believed in me as a player and a person and gave me great advice that landed me at the College.

Martin Clayes came my senior year, and while I only played for him a few months, he really left an impression on me. He allowed me to lead and have a voice with the program and helped groom me into a more outspoken and intelligent soccer player, which influenced the way that I currently coach.  He really was a player’s coach and that really left an impression on me. It’s something that I strive to be as well.

Westminster has a reputation for a strong alumni network that mentors and helps graduates succeed in their professional lives. Were there any alumni particularly helpful to you in getting started?

Alumnus Robbie Murray gave me my first official start in coaching. Murray showed a great deal of confidence in my abilities to help lead and grow as a coach. He educated me in the ways of handling a coaching job and really helped groom me into a knowledgeable coach. He showed me ways to enjoy the game with the players while working to improve at the same time. His support and teachings have allowed me to be a success. I will always appreciate our friendship and the support he continues to provide.

Are you excited about your new coaching position?

This is a late sudden process to go through for both me and the Stephens College program itself. I’m thrilled to have this opportunity to coach and help mentor a young program that recently started. I want to help make it grow and help improve the skill level of all the young woman in this program today and for those that will come in the future.