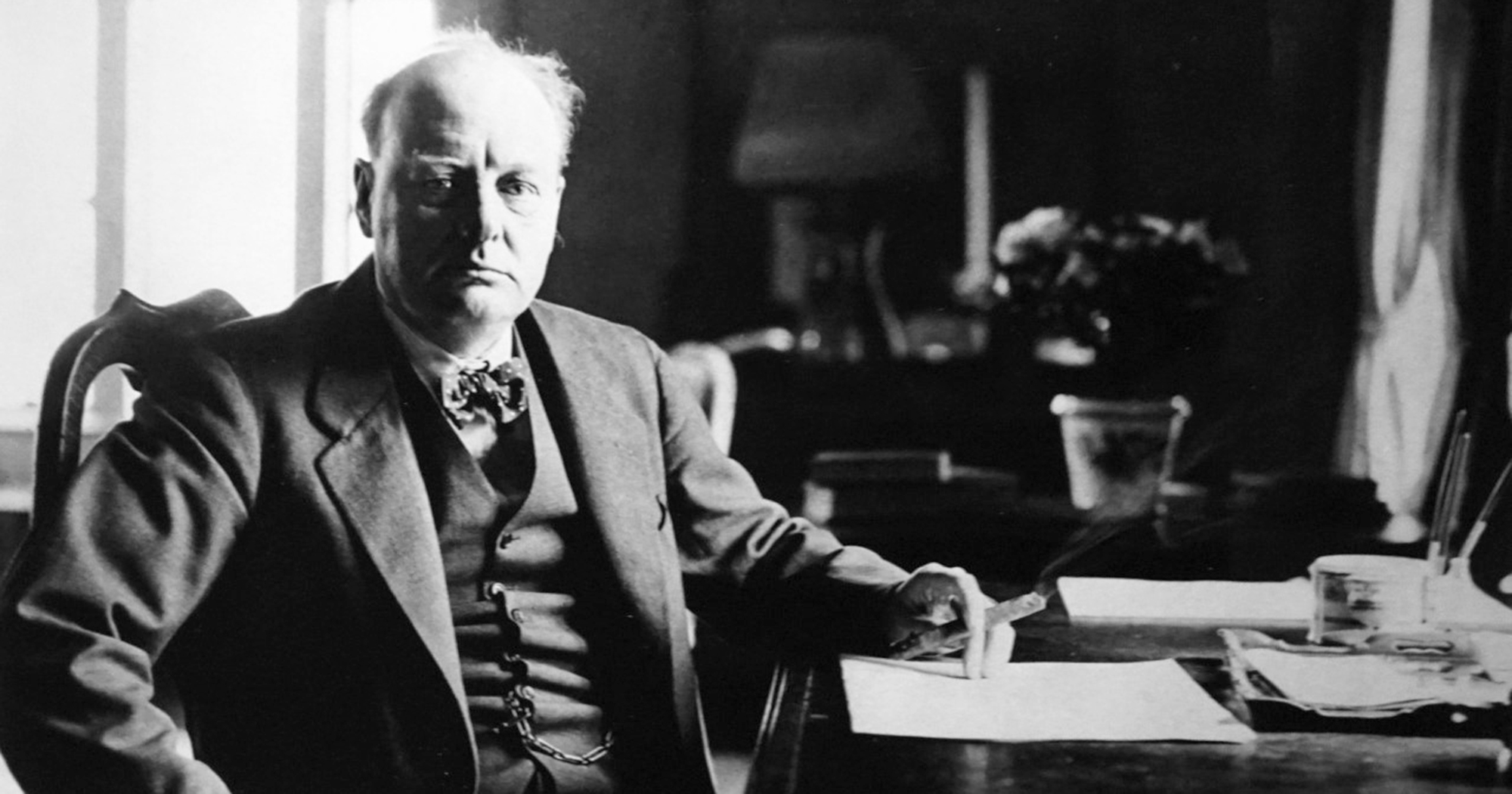 Scientific American ran an article on Monday, Sept. 16, about Churchill’s theories of evolution, which are found in what is believed to be a never-before-published typescript archived at America’s National Churchill Museum.

Titled “The River of Life,” the relatively obscure document is among two unpublished essays penned by Churchill and examined rather extensively by astrophysicist, author and Scientific American contributor Mario Livio, who participated in Westminster’s 2016 Hancock Symposium.

Both “The River of Life” and Churchill’s essay on alien life — titled “Are We Alone in the Universe?” — were written in 1939 and revised slightly by Churchill in the 1950s. And both were reviewed by Livio, who theorizes Churchill took on subject matter outside of politics and public policy because “it might have been the fact that in science and, indeed, also in his art, he was able to find life outside the daily fray.”

“The typescripts of the Churchill essays in Museum’s collection are valuable treasures both substantially and, perhaps more importantly, for what they can teach us about science, statesmanship and the power of curiosity,” says Timothy Riley, the Sandra L. and Monroe E. Trout Director and Chief Curator of America’s National Churchill Museum.

Riley explains that just prior to World War II, Churchill was contemplating profound questions, such as How does life evolve? and Are we alone in the universe?

“While facing extreme difficulties and dangers, he never stopped asking the most important questions,” Riley muses. “That, in a nutshell, is Winston Churchill … the Westminster students, faculty and other scholars who use the Museum’s collection are often surprised to see the depth of Churchill’s thoughts and ideas.”

Associate Professor of Biology Dr. Gabe McNett agrees with Riley’s assessment and says Churchill’s knowledge of science shows depth. “It is refreshing to see such youthful curiosity about science from a world leader,” McNett says. “As I recall, Churchill was friendly to science, but his writing also suggests he thinks much like a scientist. He goes where data and observations lead, but with a healthy dose of skepticism, and curious and reasoned speculation.”

Churchill delivered the ­­­John Findley Green Foundation Lecture at Westminster on March 5, 1946, in the Historic Gymnasium on campus. Titled the “Sinews of Peace,” Churchill’s address soon became known as the “Iron Curtain” speech. The address placed Westminster on the worldwide stage.

Known as the 20th century’s most important statesperson, Churchill is noted for his directness, strength and eloquent communication style, which resonate throughout “The River of Life” essay.

“In storm and stress, new types, more highly organized, have ever emerged able to survive the buffets of Fate,” Churchill philosophized in his eloquent, statesman-like fashion, concluding, “In days of doubt and depression, comfort may be found in this thought and in the study of our story written in the rocks on a time-scale which counts a million years but as a watch in the night.”