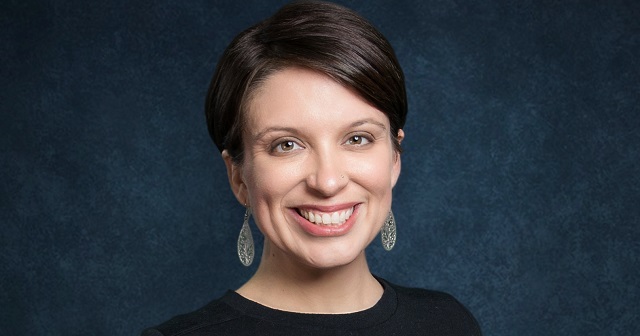 For her work to support and empower the women of Westminster, Reverend Jamie Haskins, Chaplain, Director of the Center for Faith and Service, and Instructor of Religious Studies, will receive the 2018 Remley Women’s Award during Alumni Weekend 2018.

There is certainly no one more deserving of the Remley Women’s Award,” says Dr. Cinnamon Brown, Associate Professor of History and Assistant Dean of Academic Affairs, in announcing the award. “Not only has Jamie served as the advisor for the Remley Women’s Center, but she has been a constant support and outspoken crusader for women on campus. From overseeing internships to guiding independent studies, Jamie has supported Westminster women as they embark on their career paths. She has helped place female graduates in Yale and Vanderbilt Divinity Schools, in leading non-profit organizations, and in congregations all over the nation. Through her years here at Westminster College, Jamie has been the embodiment of what a life of service, social justice, inclusion, and empowerment looks like. The Remley Women’s Center could not be more proud to honor such a wonderful woman, pastor, teacher, activist, and sister.”

Rev. Haskins is an ordained minister in the Christian Church (Disciples of Christ).  She earned her undergraduate degree, a Bachelor of Arts in English and Religious Studies, from Stetson University in Deland, Florida and completed her graduate studies at Vanderbilt Divinity School in Nashville, Tennessee where she graduated with a Master of Divinity in 2009.  Following her graduate studies, Haskins was awarded a “Minister in Residence” position through the Transition into Ministry program, funded by the Lilly Endowment for Theological Education. This role took her to Seattle, Washington, where she served as the Minister of Faith Formation and Social Justice at University Christian Church (Disciples of Christ) from 2009-2011.

Haskins came to Westminster College in September 2011. Since then she has infused the campus with her passion for social justice and her unrelenting faith.  In the classroom, she challenges her students to look at the world and scripture through a different lens. She oversees the Center for Faith and Service that sponsors campus-wide events such as Spiritual Life Thursday events and Diversity Dialogues.

“Jamie has been integral in leading efforts to support members of Westminster’s LBGTQ community, including advising Westminster’s Alliance,” says Brown. “Moreover, she is a strong advocate for all Westminster students. Her door is always open to any student who needs a hug, a good laugh, a prayer, or just a chat.  From the classroom to the pulpit, Jamie inspires our students to unapologetically follow their dreams and change the world.”

“It is a true honor to receive an award that bears the name of Audrey Remley,” says Haskins. “Her strength, perseverance and persistence reflect the heart and courage of the women of Westminster. The women who make up Westminster’s students, faculty, staff and alumni are fiercely intelligent, compassionate and dedicated to making our world a better place and I am proud to stand among them.”

Haskins will receive the award during a special ceremony on Alumni Weekend, to be held on Westminster’s campus April 19-22, 2018.