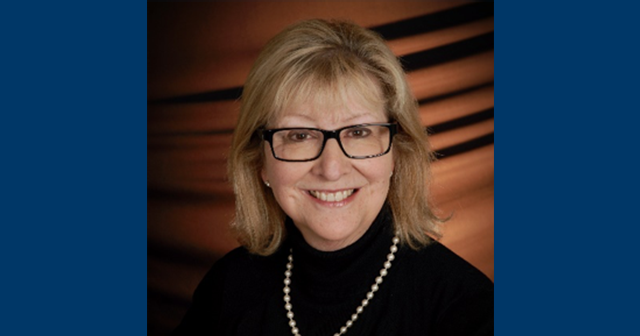 “Dr. Lindahl brings to Westminster College a wealth of experience in finance, the strategic planning process, and organizational leadership in higher education,” Lamkin says. “All of us at the College look forward to working with her in the months ahead.”

Lindahl has operated her own consulting firm, Susan J. Lindahl Consulting, LLC, since 2010. Most recently, she served as chief financial officer and chief operating officer of Kansas City Kansas Community College, or KCKCC.

A CFO with an eye for detail, Lindahl managed a $72 million budget at KCKCC. Throughout her three years both as interim CFO and permanent CFO and COO, Lindahl oversaw a positive audit turnaround at the institution.

Lindahl also brings to Westminster specific expertise in dealing with the Higher Learning Commission, or HLC: She served for six years as CFO and COO at Baker University in Baldwin City, KS, where she linked strategic planning to finance in improving Baker’s standing with the HLC and Department of Education. Her efforts resulted in a positive accreditation outcome for the University.

With her extensive HLC experience in mind, Lindahl says Westminster appeals to her on a deep level.

“The College tugs at my heartstrings and appeals to my background as a financial panel reviewer for the Higher Learning Commission and in previous leadership roles in accreditation and financial recovery,” Lindahl explains. “My goal is to fully utilize my background and knowledge in finance and strategic planning to help position Westminster for a bright future as we achieve our academic mission.”

A lifelong Kansan, Lindahl earned a Ph.D. in leadership from Walden University in Minneapolis, MN, completing two summer residencies at Indiana University-Bloomington. She received an M.S. in counseling psychology and a B.S. in language education from the University of Kansas in Lawrence. In addition, Lindahl is a graduate of the National Institute for Leadership Development and the Executive Leadership Institute of the League for Innovation in the Community College, both in Phoenix, AZ.

A person of many “firsts,” Lindahl was the first Native American female in executive leadership at KCKCC, Baker University, and Johnson County Community College in Overland Park, KS, where she worked from 1987 to 2005 as Vice President of College Relations and Strategic Initiatives, as College and Community Relations Officer, and as Special Assistant to the President.

Called by her Native American great-grandmother “She Who Listens with Her Eyes,” Lindahl respects her ethnic heritage and says her background guides her treatment of others. In a 2008 interview in Baker University’s The Baker Orange that focused on her Native American heritage, Lindahl explained, “I want to educate people about how important it is to treat people fairly.”

As such, Lindahl believes a successful leader “says less and directs more” ― a concept she expands upon in a book she published with her spouse, Paul A. Lindahl, Jr., titled The Visionary Sheepdog: A Leadership Book.

The modern business fable draws a correlation between sheepdog and human behavior. Incidentally, the couple own and enjoy a similar canine — a rescued Australian cattle dog, Joey.

They are the parents of Dr. Nels Lindahl and Jenifer Lindahl Bols, JD. The couple also have four grandchildren.