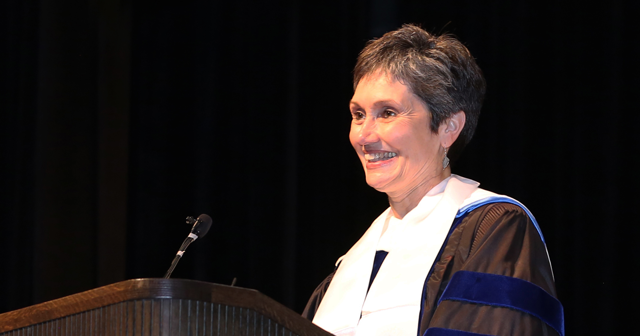 Westminster College announced today that Dr. Benjamin Ola. Akande is stepping down as the 21st president of the College, effective August 18, 2017, in order to pursue other interests in higher education and new endeavors in the private sector.  While the Board of Trustees conducts a search for a new president, Senior Vice President Carolyn Perry will assume the duties of the office.

In a statement, Dr. Akande said, “It has been an honor and a privilege to serve Westminster students, faculty, staff, alumni, donors and the entire Westminster community. The changes we set in motion will have a long term positive impact on the College, an accomplishment which gives me extreme pleasure.” Board Chairman John M. Panettiere said, “We appreciate Dr. Akande’s contributions to Westminster College, and we want to wish him the best in his future endeavors. His term as president brought innovations, helping to position Westminster as a leading liberal art college for today’s students.”

During Dr. Akande’s two-year term as president, the College raised $15 million in donor contributions. The Westminster Fund grew 995% and alumni participation in that fund grew from 8% to 18%. Total alumni giving grew from 12% to 19%. Over $4.3 million in endowment funds were secured, allowing the establishment of two endowed professorships. As part of his fiscal turnaround plan, Dr. Akande developed the College’s first corporate partnership program. He introduced new academic and athletic programs to grow enrollment, including a new partnership with Washington University in St. Louis. Most recently, he worked to develop a brand for the College in order to increase awareness of Westminster in key markets.