Off to the Badlands: Westmo Students Selected for Summer Paleontology Expedition 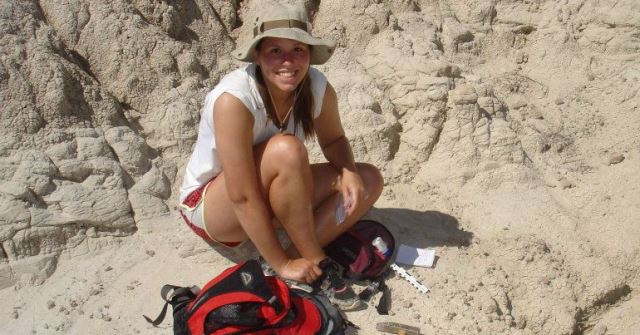 This summer, Dr. David Schmidt, Assistant Professor of Environmental Science and Geology at Westminster, will take a group of 9 students to the Badlands to participate in a paleontology expedition. The second Westminster group to explore the areas, Schmidt’s team of 2015 students will follow up on some of the work undertaken by last year’s Westminster group and will continue prospecting for new sites and specimens.

“Last summer, the group was very successful at collecting fossils of mammals and dinosaurs,” says Schmidt. “We expect to have the same success this year as well.”

Last year’s group collected more than 200 fossil specimens, as well as a vertebrate micro-site including fish, crocodiles, dinosaurs, and other vertebrates. Such a micro-site is important to science because it provides a thorough representation of what the ancient environment was like.

“Last year’s paleontology trip really impacted me in a huge way,” says Zach Stafford ‘17, an Environmental Studies and Geology major. “It made me redirect my thought of mind, my future, and most important of all for any college student, my major.”