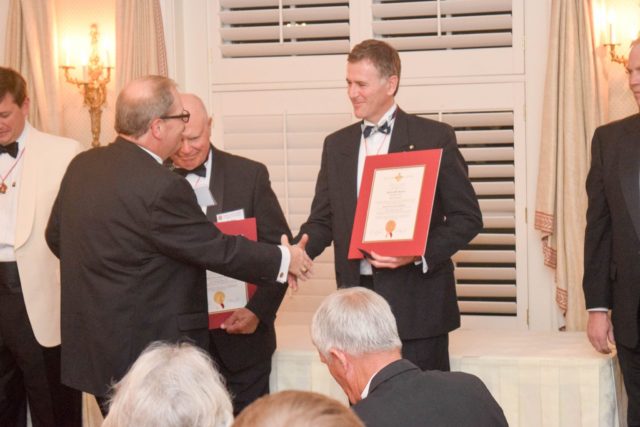 Former Executive Director of the National Churchill Museum Dr. Rob Havers was inducted into the Samuel Zenas Ammen Province Court of Honor in recognition of his outstanding accomplishments and service to the Kappa Alpha Order on June 16.

Dr. Havers and five other distinguished honorees were recognized and received the provincial cross of honor at the organization’s annual dinner and induction ceremony at the Country Club of Virginia, held in Richmond, VA.

More than sixty brothers and guests celebrated Kappa Alpha and these alumni who have brought great honor to the Order through their achievements.

“I’m delighted and humbled to receive this prestigious award from the Kappa Alpha order and grateful to the Westminster chapter of the Order of Kappa Alpha for electing me in 2014,” said Dr. Havers.

Dr. Havers is currently President/CEO of the George C. Marshall Foundation, located on the post of the Virginia Military Institute in Lexington, VA.  Recently, he oversaw events to commemorate the 70th anniversary of the Marshall Plan with a major award dinner in New York, which recognized Dr. Henry Kissinger and New York Mayor Michael Bloomberg and raised $450,000 for the Foundation.

During his ten years at the helm of the National Churchill Museum (2004-2014), he raised $4 million in a capital campaign and $1.5 million toward the goal of a second comprehensive campaign.

Dr. Havers has lectured at the Royal Military Academy in Sandhurst, UK and been featured in numerous television and documentary production on the History Channel.  He has published numerous articles and books and is currently a board member of The Library of Virginia, International Churchill Society and John Adams Center for Military History.

In 2003-2004 he was awarded the Fulbright Award for Visiting Professor of History. 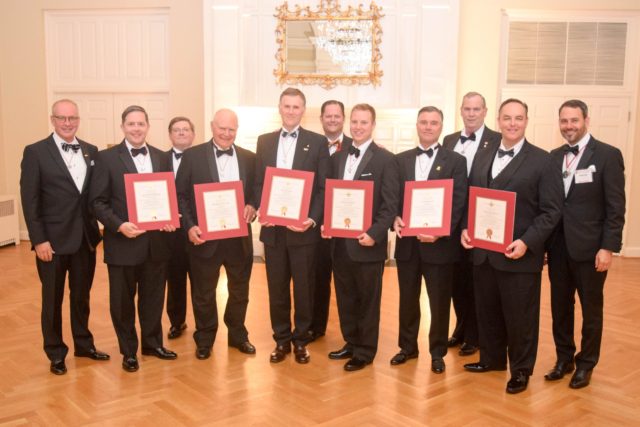