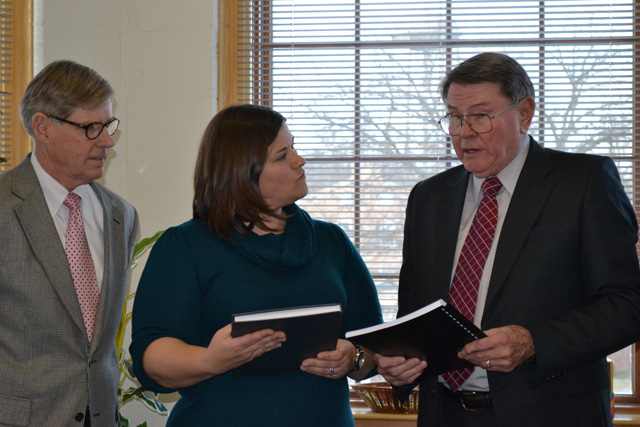 Above, Westminster College History Professor Cinnamon Brown accepts a report of findings from the March 2013 archeological dig of Moore’s Mill battlefield from Joe Holt ’62, co-chair of the Kingdom of Callaway Civil War Heritage.

On March 22-23, 2013, volunteers from Westminster College, Lindenwood University and Missouri Valley College in Marshall, MO participated in an archeological dig of the Civil War-era Moore’s Mill battlefield. On January 22, 2015, Dr. Cinnamon Brown, Westminster Professor of History, and Westminster Reeves Library were honored to receive the official report on the dig findings from the National Park Service.

Seven Westminster students and two faculty members were among the volunteers who participated in the 2013 dig, which spanned two days in the field but entailed a six-month process. In total, volunteers unearthed more than 200 artifacts from the battlefield. The majority of these artifacts are in display at the Callaway County Historical Society in Fulton.

“It was fun to dig, and it is an honor to receive the report,” says Brown. “We appreciate our strong partnership with the Missouri Civil War Heritage Foundation and the benefits that partnership provides to Westminster College history students.”

Brown looks forward to future projects between the foundation and the College, noting that both institutions are interested in preserving Callaway County history.

The report will be displayed in the circulation desk of the Library throughout the month of February. The students and Fulton community are encouraged to see it. The Library also plans to post the report online.

Learn more about the Moore’s Mill dig from students who participated. 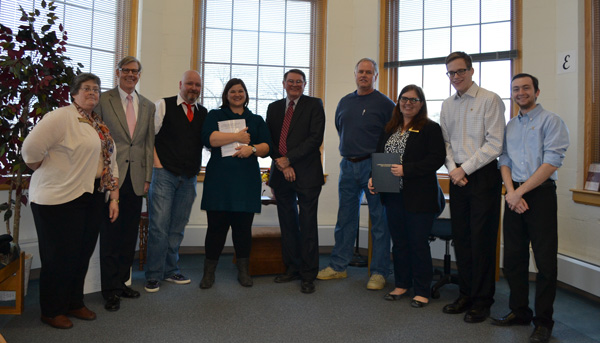