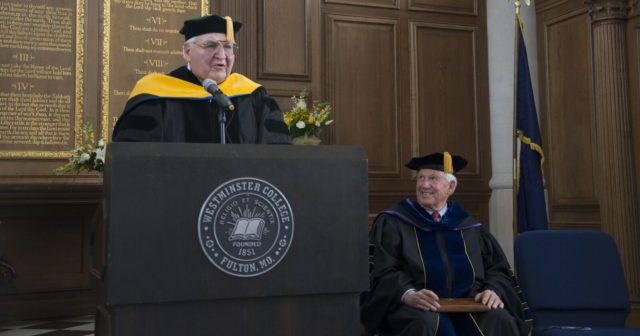 Westminster Board of Trustees Chair John M. Panettiere ’59 ΦΔΘ announced the million dollar fundraising challenge he issued had been met when he spoke at the presidential installation ceremony Saturday, April 21.

At the February trustees meeting, Panettiere pledged to match all Westminster Fund gifts and pledges of $50,000 or more received by April 30 up to one million dollars.

“Thanks to the generosity of a number of other alumni who responded to the call, I am thrilled to announce we have raised an additional $2 million for the College,” said Panettiere. “Thank you to all who made that possible.”

In his remarks at the ceremony, Panettiere talked about all the progress President Lamkin made during his first tenure as Westminster president with increased enrollment and alumni engagement, record fundraising, and transformation of the campus and its facilities. 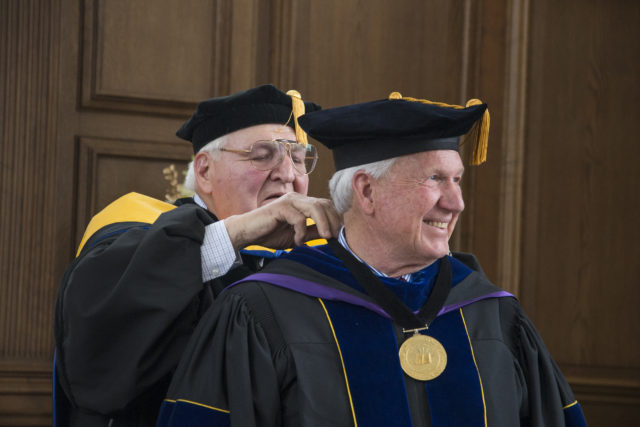 Panettiere also enumerated the astonishing list of President Lamkin’s accomplishments in his first 100 days of office, which includes:

“I don’t know about you, but I can’t wait to see what Fletch has in store for the year ahead,” declared Panettiere.

He referenced Churchill assuming the role of Prime Minister in Britain at a critical time for the country and how Churchill felt his past life at prepared him for this experience and that he felt as if he were “walking with destiny.”

“When Fletch Lamkin agreed to come back to Westminster to finish the job he started, I felt the same way,” said Panettiere. “That all his previous experience had been in preparation to take Westminster into a new era. With his presidency, I can’t help feeling we are ‘walking with destiny,’ and we couldn’t be in better hands.” 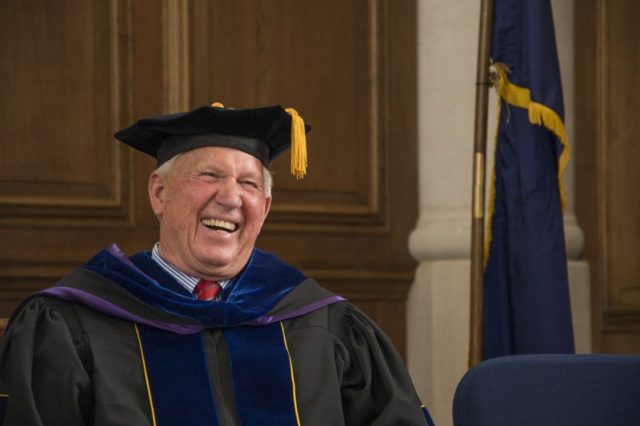