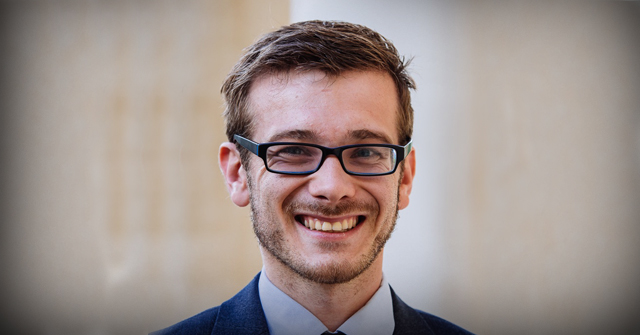 University of Surrey Professor Dr. Jonathan Chandler will join the Westminster College history faculty this fall to teach, lecture and research as a part of the Fulbright-Robertson Visiting Professor in British History program.

“We look forward to welcoming our new Fulbright-Robertson Fellow, Dr. Jonathan Chandler for the 2016-2017 academic year,” says Dr. Cinnamon Brown, Chair of the Department of History. “Dr. Chandler promises to enhance our offerings in the History Department with courses in both World and British History. I am especially excited for him to teach a course about the British and American Revolution. I think he will provide a fresh and new historical perspective to our students.”

Dr. Chandler’s doctoral thesis entitled “Imagining an Army: People, Places and American Identities 1775-1783” explored how the American Revolutionary War was represented and internalized in the public and private spheres.

He is passionate about improving access to higher education among disadvantaged groups and works with the University of Surrey to develop educational programs for young people in southeastern England.

Born in Kent, Dr. Chandler toyed with becoming in his words “a penniless jazz musician” before beginning a close affiliation with University College London (UCL) where he completed his B.A., M.A. and Ph.D. in history.

He has lectured at UCL, Queen Mary University of London and Brunel University and is looking forward to developing innovative undergraduate courses at Westminster.

While in the United States, he intends to complete his monograph on soldiers and society in colonial and revolutionary North America.

He also plans to tour the cradle of jazz with his ever-expanding collection of saxophones.

The candidate is also expected to establish a collaborative relationship and conduct personal research at the National Churchill Museum and neighboring presidential libraries as well as accepting speaking engagements and participating in academic conferences in the United States and Canada.

During the upcoming 2016-2017 academic year, 47 British scholars will participate in the Fulbright-Robertson exchange program and teach, lecture and research in the United States.