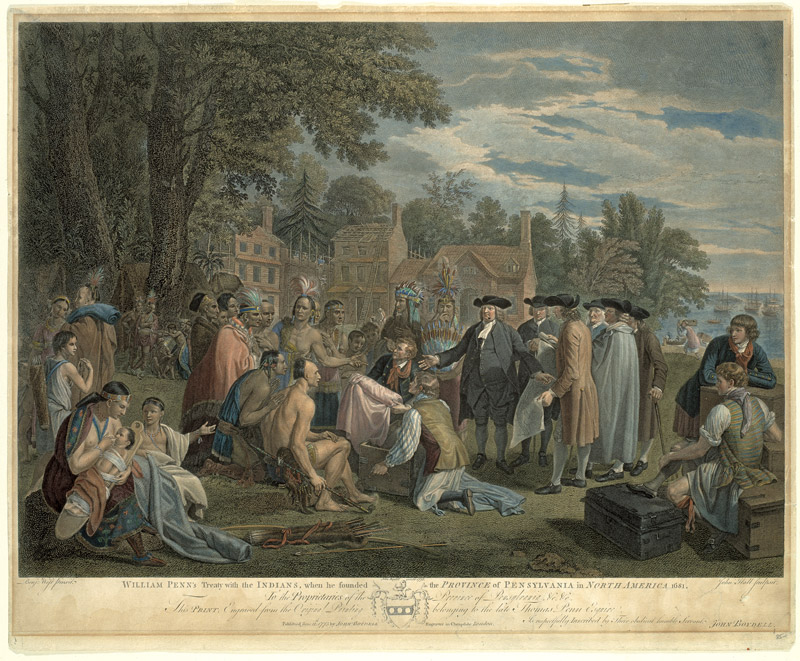 On June 17-19 members of the Robinett family from all over the United States will travel to Westminster College for their 18th reunion on the Fulton campus in the past 34 years.

The connection?  Progenitors, Allen and Margaret Robinett, were married in the Church of St. Mary,  Aldermanbury in London in 1653, centuries before the Church was bombed in WWII and brought to Westminster to be restored in memory of Sir Winston Churchill. This version of the church was designed by Sir Christopher Wren, the architect of St. Paul’s Cathedral in London and the 1666 London skyline. Earliest records of its foundation are 1181 A.D. The church has burned or been bombed 6 times and has always been restored, hence the nickname “The Phoenix”.

In 1681 Allen and Margaret Robinett purchased land as a part of the “Holy Experiment” from Sir William Penn and voyaged on “The Friendship” with children Sara and Samuel. The earliest settlers in Centre City Philadelphia, they homesteaded on land provided by the Lenape Indians. Penn established a verbal peace treaty with Chief Tamanend; the only treaty never broken. The Penn land deed from 1681 is on display in the Robinett Reading room of Reeves Library on the Westminster campus.

The theme for this year’s gathering is “Women’s Voices” with new inroads into women’s histories.

A candlelight music service, “Illumination and Reflection,” will include an acoustic cello, pipe organ and vocal performance by singer Edie Robinette-Petrachi. President Jack Robinette will preside over the meditation with original text composed by Edie, inspired by Huguenot minister Edmund Calamy, who married the Robinetts in 1653, and Shakespeare’s “Midsummer Night’s Dream.” Shakespeare attended the church which was across from the Globe Theatre in London. Jim Robinette will light candles with his grandson Allan. The service is at 9:00 pm on Saturday, June 18.

Other activities include “Allegany Robinetts and Early History” by Joanna and Jim Robinette -Weirman showcasing the two brothers who settled in western Maryland in 1740, ancestors of Vice President Joseph Robinette Biden; “Women in the Robinett Family” presented by Nancy Billings;  and “Fire-Fly Theatre,” an outdoor theater screening of  a documentary by film producer Jack Robinette on the Berlin Wall structure “Breakthrough,” which was sculpted by Edwina Sandys, Winston Churchill’s grand-daughter. An auction and interactive “Jeopardy” will showcase the family’s history. The awards banquet will feature children’s videos of their grandparent’s stories.

The reunion will conclude with a memorial and gratitude service at 10:00 am, Sunday, led by Frank Manz, husband of Margaret Robinett. The Mander pipe organ in the Church will be played by Dan Eckles. Robinett family photo sessions will also be held that morning.