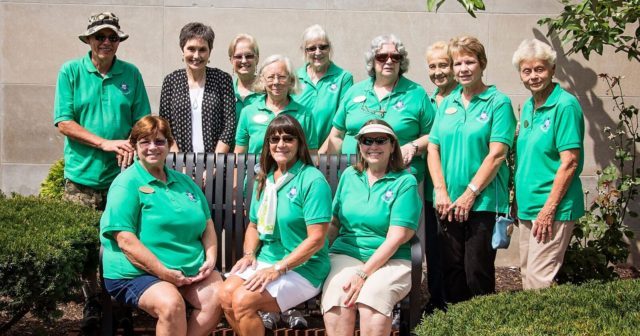 The Isabelle R. Whitmarsh English Garden located on the side of the Church of St. Mary the Virgin, Aldermanbury gained a new addition on Monday, August 28.

In commemoration of its 80th anniversary, the Fulton Garden Club commissioned a new garden bench to be placed in the garden setting next to the Church.

“This bench symbolizes the sustained and strong relationship between the College and the community,” said Westminster College Acting President Carolyn Perry during a dedication ceremony on August 28. “The National Churchill Museum and the historic Church of St. Mary the Virgin, Aldermanbury thrives in large measure due to community involvement and support. The same has been true at Westminster College for over 160 years.” 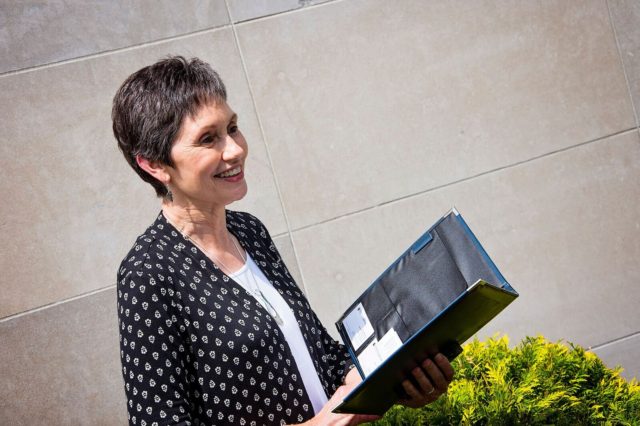 The new bench is next to a rose bush that was named in honor of Queen Elizabeth II of England. The rose bush was planted by the Board of Directors of the Friends of the National Churchill Museum on June 1, 2012, to celebrate the Queen’s Jubilee.

Guests were served refreshments inside the Museum following the dedication ceremony.

“We are delighted and honored that the Fulton Garden Club chose the new Whitmarsh Garden outside the National Churchill Museum as the permanent home for this wonderful new bench,” says Timothy Riley, Sandra L. and Monroe E. Trout Director and Chief Curator of the National Churchill Museum. “Those who pause to sit and reflect on the beautiful garden space will be forever thankful to the Fulton Garden Club.” 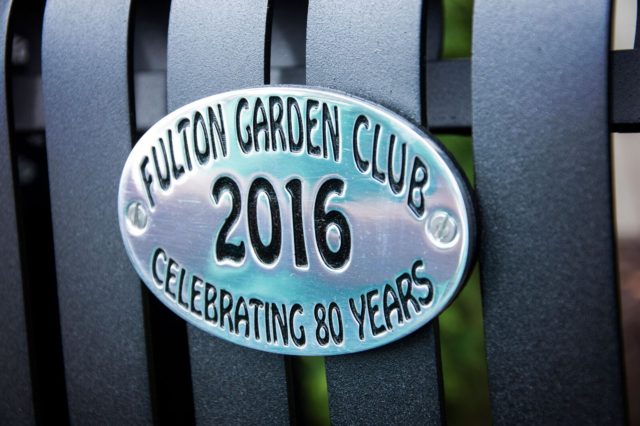