Museum Director to Give Presentation on Presidential Painting Exhibition 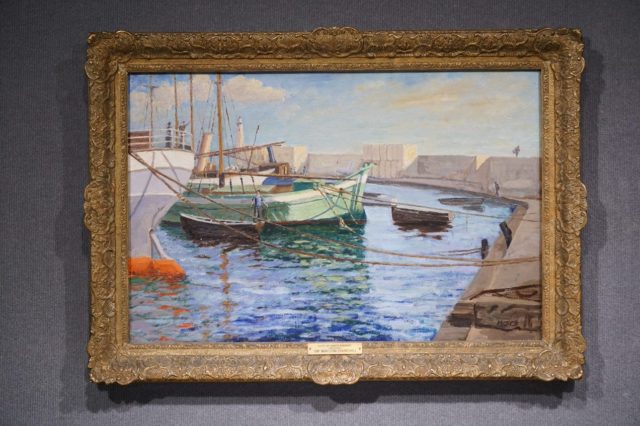 Timothy Riley, Sandra L. and Monroe Trout Director and Chief Curator of America’s National Churchill Museum, will give a public presentation at 11 a.m. Saturday, July 6, on the current visiting presidential painting exhibition on display at the Museum before it closes Sunday.

Visitors only have a few days left to experience the first public viewing of paintings by three U.S. presidents as well as the paintings of the 20th-century statesman whose canvases inspired them to pursue the hobby, Sir Winston S. Churchill himself.

Organized by Riley and Lena Leuci, curatorial intern at America’s National Churchill Museum, the exhibition entitled Painting as a Pastime: From Winston to the White House has received national and international acclaim. It will have its final viewing July 7.

“During his lifetime, Winston Churchill created more than 570 canvases and firmly believed that the power of observation, concentration, and creativity afforded to him by painting helped him as a leader and a statesman,” said Timothy Riley, Sandra L. and Monroe E. Trout Director and Chief Curator of America’s National Churchill Museum. “Churchill’s passion for painting inspired Presidents Eisenhower, Kennedy, and Bush to pursue this colorful pastime.”

All three presidential paintings are on loan from the Harlan Crow Library in Dallas, TX.

Three of the Churchill paintings — Boats at Cannes Harbor (1937), Lake Scene at Norfolk (1930), and Firth of Forth (1925) — are part of the permanent collection at America’s National Churchill Museum.

One of the Churchill paintings, Tapestries at Blenheim (1930), is on display courtesy of the Hawthorne Museum.

Winston Churchill’s Garden Scene (1920s) is on loan from Clark and Susan Durant and The New Common School Foundation, Detroit, MI. Another Portrait of Sir Winston Churchill (1942) by Alfred Egerton Cooper is part of the Durants’ collection. Durant, a Churchill Fellow, is co-founder and former CEO of the Cornerstone Schools, a group of charter and independent schools in the inner-city areas of Detroit. 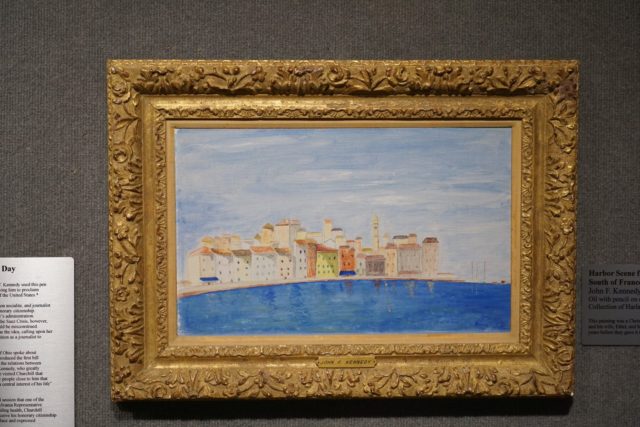 All of the works are oil on canvas, except for the Kennedy painting, which is oil with pencil on canvas board.

A self-proclaimed pastime painter, Churchill did not begin painting until the age of 40. Although he received no formal training as an artist, he pursued the hobby with the characteristic passion he displayed in all of his endeavors, and it became a lifelong interest.

“Painting came to my rescue in a most trying time,” Churchill said in his essay “Painting as Pastime.” He fondly recalled his love of vibrant colors. “I rejoice with the brilliant ones, and am genuinely sorry for the poor browns.”

Among Churchill’s 573 paintings, 350 are landscapes or seascapes. His attention to color and the reflection of light and color on water are his most frequent subjects. 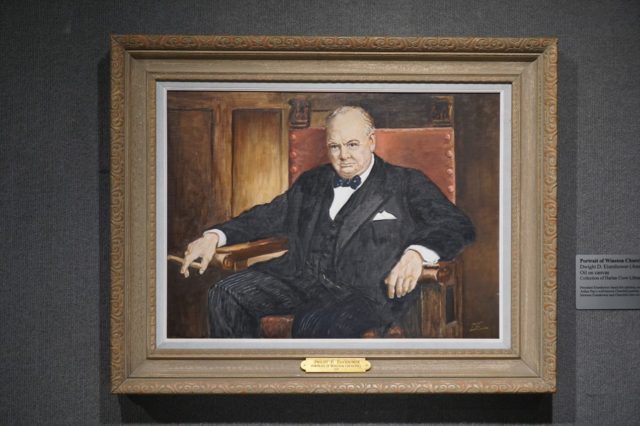