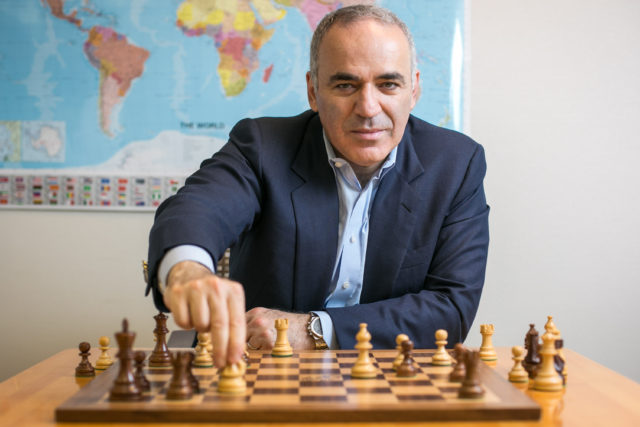 The Church of St. Mary the Virgin, Aldermanbury, and America’s National Churchill Museum received a special tribute for its 50th anniversary commemoration from one of the many celebrated dignitaries who have come to Westminster College in the past.

Garry Kasparov, the famous human rights activist, Russian grand chessmaster, former world chess champion, and writer whom many consider the greatest chess champion of all times, visited Westminster College on April 9, 2016, to deliver a speech entitled “The Courage to Continue.”

Garry was so taken with the Church and Museum that he has chosen to film a tribute to what he believes is a “shrine to democracy.”

Watch his thoughts on the upcoming celebration here.