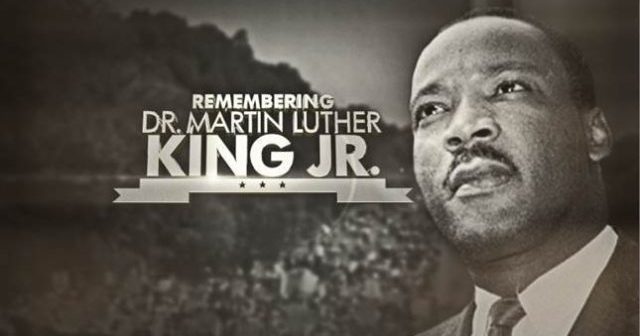 Members of the Westminster community and general public are invited to a special national commemoration of the 50th anniversary of the death of Dr. Martin Luther King, Jr.

Those interested in honoring Dr. King should gather at the Church of St. Mary the Virgin, Aldermanbury for a service at 5:45 p.m., Wednesday, April 4, the 50th anniversary of his death.

Brief remarks will be offered, followed by a screening of part of Dr. King’s “I’ve Been to the Mountaintop” speech, the last speech he ever uttered on the evening before his death in front of 2,500 people at the Mason Temple in Memphis, TN.

A violent storm was raging outside the church that night of April 3, 1968, and Dr. King’s remarks were unprepared.  However, the speech is remembered as one of his most powerful and prophetic.

“As a young man, I lived the civil rights movement,”says Dr. J. Louis Felton, the bishop of Mount Airy Church of God in Christ, who attended the speech that night with his father. ” I marched with Dr. King. I saw him organize and strategize. I saw how he united and inspired people to greatness through service. I saw him lead through nonviolence — through compassion, kindness, and love. He lifted our hearts and souls, something I will never forget. For me, honoring the legacy of Dr. King isn’t something I do a couple of days a year — it is something I try to live every day.”

Following the viewing of Dr. King’s speech, the Church of St. Mary the Virgin, Aldermanbury, home to the National Churchill Museum, will join churches and other public institutions across America in ringing its bells 39 times, one for every year of the life of Dr. Martin Luther King, Jr..

The tolling of the bells of all participating organizations will occur at 6:05 p.m. CST, the time of Dr. King’s tragic assassination.

This national tribute was organized by the National Civil Rights Museum in Memphis, TN who will ring their bells first at 6:01 p.m.

“Today, the historic Church of St. Mary the Virgin, Aldermanbury stands as a symbol of hope, resilience and steadfastness in the face of adversity,” says Timothy Riley, Sandra L. and Monroe E. Trout Director and Chief Curator of the National Churchill Museum. “These characteristics are closely connected to Dr.  Martin Luther King, Jr., and, as we remember his legacy, we are reminded to continue his crusade to build a more peaceful world.”

Dr. King had traveled to Memphis 50 years ago to support striking African American city sanitation workers. He was standing on the balcony of the Lorraine Motel where he was staying in preparation for a meeting that evening when the assassin’s bullet struck him down.

On April 8, his widow, Coretta Scott King, together with the couple’s four small children, led a march of 40,000 people through the streets of Memphis to honor Dr. King and support the African American sanitation workers.