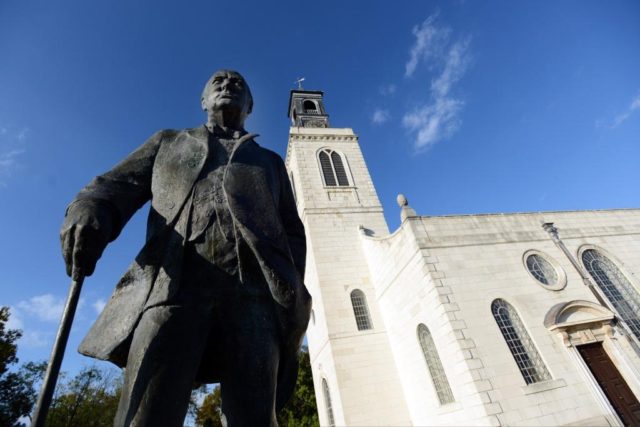 All are invited to attend this special talk, which is free and open to the public. A book signing will immediately follow the program. Books are available for purchase at the Museum shop.

On February 19, 1943, Nurse Doris Miles of St. Mary’s Hospital, London, was assigned to attend the 68-year-old Prime Minister at 10 Downing Street, where he had been diagnosed as having strep pneumonia. In Nursing Churchill, Doris tells her story through letters to her husband who was a Surgeon Lieutenant in the Royal Navy.  In her letters, she discusses in detail the treatment of Churchill’s disease, before penicillin, which is usually life threatening to the elderly.

Doris Miles was the author’s mother.

America’s National Churchill Museum on the campus of Westminster College in Fulton is the only museum in North America that is fully dedicated to commemorating the life and times of Winston S. Churchill, the 20th century’s greatest statesman.

The museum is celebrating its 50th anniversary this year. It was established in 1969 on the Westminster campus, where Churchill delivered his famous “Sinews of Peace” speech, often called his “Iron Curtain” speech, on March 5, 1946.

The heart of the Museum is the magnificent Church of St. Mary the Virgin, Aldermanbury, a 17th-century church originally designed and built by Royal British Architect Sir Christopher Wren in Central London (1672-1962). The church was gutted by fire when it was hit with a German Luftwaffe incendiary bomb on Dec. 29, 1940, at the start of World War II.

It was acquired by Westminster College, carefully disassembled in the early 1960s, and its 7,000 stones were shipped, railed and trucked from London to the Westminster campus, where it was reconstructed according to Wren’s original plans to serve as a library and museum to commemorate Churchill’s speech.

The Museum was formally designated by the U.S. Congress as America’s National Churchill Museum.