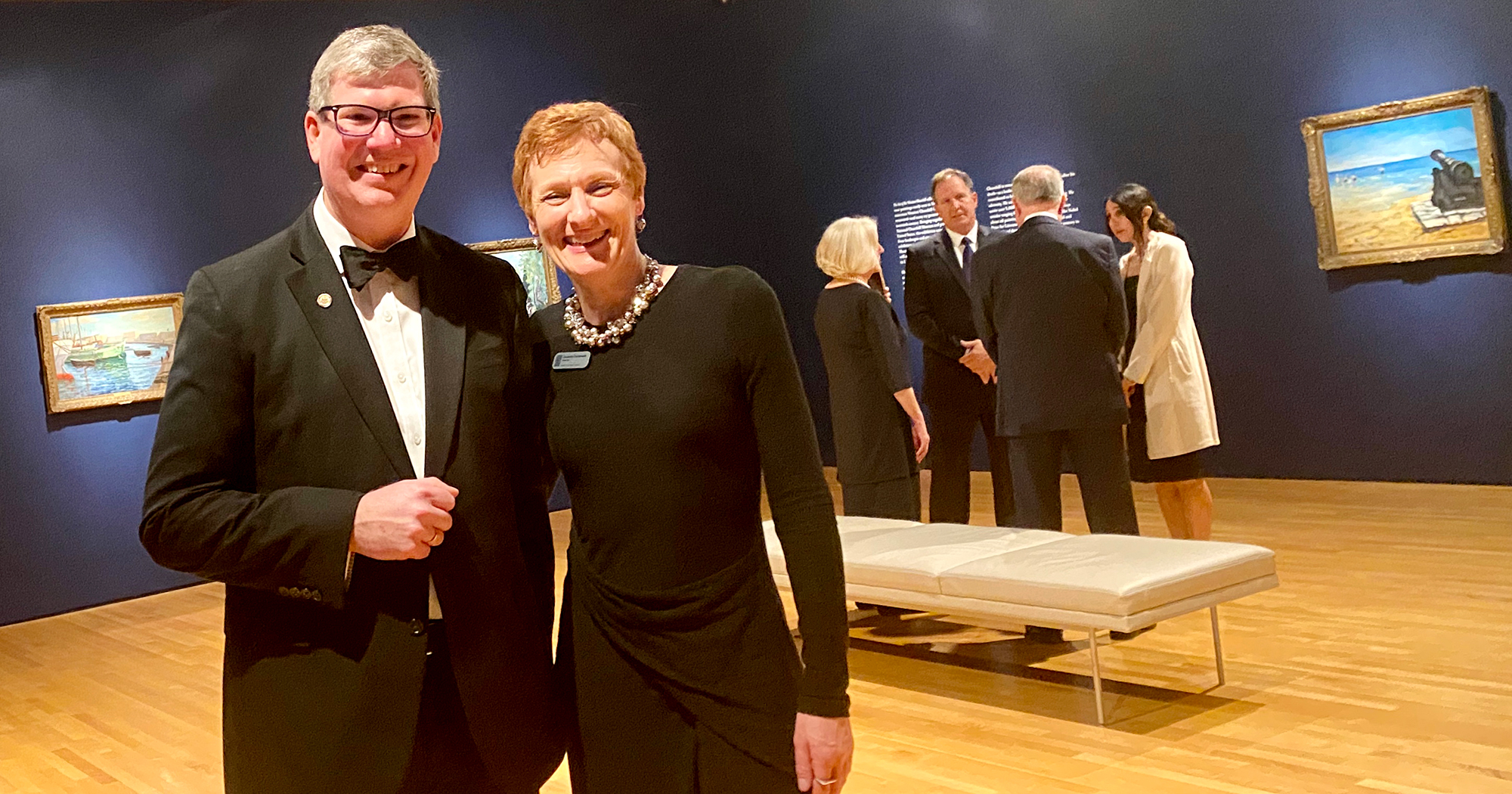 America’s National Churchill Museum at Westminster College is in the national spotlight this week: The opening of “The Art of Sir Winston Churchill” and a symposium titled “Churchill in Conflict and Culture” both take place today in Lafayette, LA.

In the interview, Riley tells a new audience in detail how a museum extensively dedicated to the life of Winston Churchill surprisingly ended up in the middle of small-town America.

“Westminster College in Fulton, Missouri, had a bold idea to invite Winston Churchill to campus,” Riley explains, describing then-President Harry Truman’s role in the invitation, Churchill’s “Iron Curtain” speech on March 5, 1946, and the memorial to the event, St. Mary the Virgin, Aldermanbury. He adds that ANCM just celebrated its 50th anniversary.

Also broadly discussed on the radio segment are the venues and many individuals behind the two University of Lafayette events.

Susie Gottardi with the Hilliard Art Museum explains, “When you’re going to put on an exhibit about Churchill, who do you call but the Churchill Museum?” 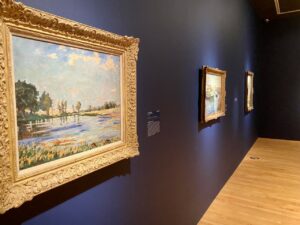 Winston Churchill found stress relief and solace from conflict through painting — mostly landscapes — in the style of the Impressionists and Post-Impressionists. Seven of his paintings and three sculptures currently are on loan from America’s National Churchill Museum and on display at The Paul and Lulu Hilliard University Art Museum in Lafayette, LA, through March 21.

The exhibit features seven Churchill paintings and three sculptures that typically are exhibited at ANCM.

Churchill painted in the style of the Impressionists and Post-Impressionists ― a hobby he took up at the age of 40 during World War I and continued throughout the rest of his life. Riley describes in the interview how the pastime helped with Churchill’s “Black Dog” days of depression following various wartime tragedies and stressful conflicts as a statesman.

Churchill’s handling of strife makes up the subject of the “Churchill in Conflict and Culture” symposium that began today at 8:30 a.m. at the LITE Center in Lafayette.

Sponsored in part by The National World War II Museum in New Orleans, LA, the symposium features a variety of scholars from the museum, the University of Louisiana and other universities. Churchill historian and BBC documentarian David Reynolds, Ph.D., will give a presentation. In addition, The Hon. Emma Soames, a Churchill Fellow and granddaughter of Winston and Clementine Churchill, will speak.

The lecture topics ultimately focus on both the statesman and the artist, which Riley says were Churchill’s parallel strengths. Riley reflects, “He wielded words as a master orator … and he painted with words.”

Founded in 1851, Westminster College is a private liberal arts college in Fulton, MO. Located on the Westminster campus, the Church of St. Mary the Virgin, Aldermanbury, is part of America’s National Churchill Museum, which recently celebrated its 50th anniversary. The Church and Museum commemorate Winston’s Churchill’s famous “Iron Curtain” speech, delivered on campus in 1946. To learn more about Westminster College, visit the College’s site here, or go here to learn more about ANCM.