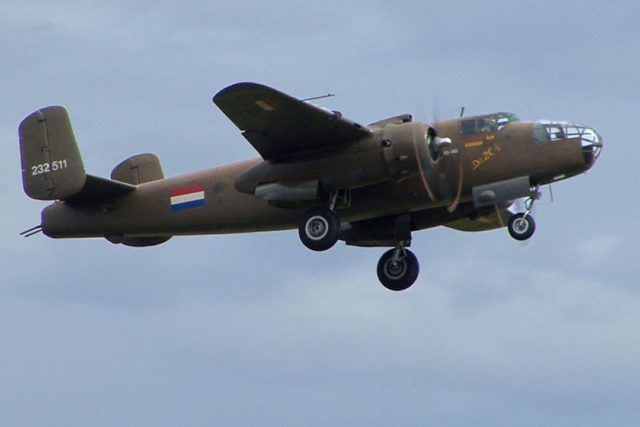 A German bomber destroyed the Church of St. Mary the Virgin, Aldermanbury, during the London Blitz and now an American vintage bomber from the same time period will be on display and available for flights during the 50th anniversary weekend celebration of the re-hallowing of the restored church on our campus for Churchill Weekend.

The B-25 Mitchell bomber used by American forces during World War II will be on display from 10 a.m. to 5 p.m. on Saturday, May 4, and 10 a.m. to 4 p.m. on Sunday, May 5, at the Fulton Municipal Airport located at 4420 County Road 304.  A flight option is also available for visitors at a cost of $350 per passenger.  A portion of the flight fee will be donated to America’s National Churchill Museum for its church restoration initiative.

A shuttle service will be available to take visitors back and forth between the Westminster College campus and the Fulton Municipal Airport.  Passengers will be picked up on campus at the corner of Fifth Street and Westminster Avenue.  The shuttle bus is being donated by SERVE.

The vintage aircraft will stage a flyover above the Church of St. Mary the Virgin, Aldermanbury, following the Saturday afternoon parade.

On April 18, 1942, Lt. Col. Jimmy Doolittle and 15 other pilots launched 16 of these B-25 bombers from the USS Hornet carrier in the famous “Doolittle Raid” which attacked the heart of Japan in its capital of Tokyo.  One flight crew of eight were captured, and three of those crew members were executed by the Japanese.

The last crew member of the “Doolittle Raid,” Lt. Col. Richard Cole, just died April 9 at the age of 102. 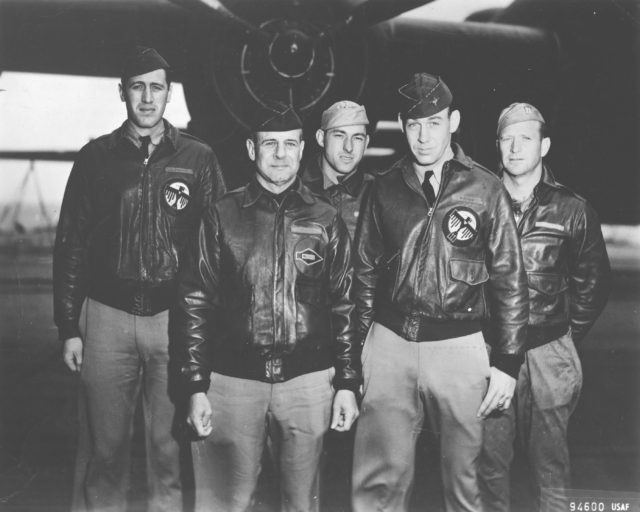