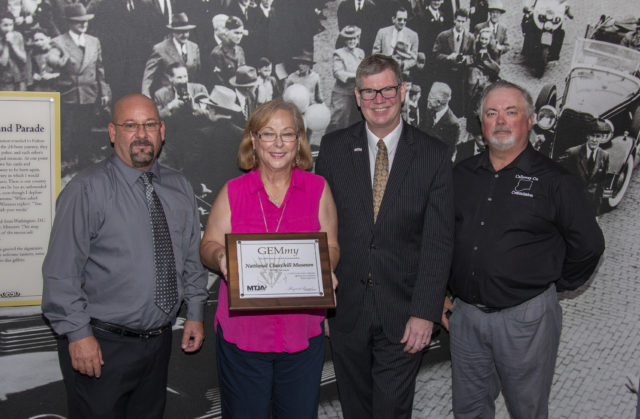 The Museum was presented a GEMmy Award as as a “hidden travel gem” by the Midwest Travel Journalists Association (MTJA).

The award was presented by Diana Lambdin Meyer based in Parkville, MO, who had supported the nomination submitted by MTJA member Carla Waldemar of Minneapolis, MN. Waldermar and Lambdin Meyer had both visited Fulton previously as guests of Callaway County Tourism.

“Travel journalists who make up the membership of MTJA have traveled the world and shared their experiences in numerous publications,” said Callaway County Tourism Director Renee Graham.  “It is exciting when storytellers of this caliber acknowledge us for having something truly special in our community.”

The GEMmy was established by professional travel journalists and travel industry leaders across 13 Midwestern states.

“The award recognizes attractions, tours, facilities, accommodations, and experiences that exemplify the joy, discovery, and education that travel can bring,” stated MTJA GEMmy Coordinator Elizabeth Ganger.  “GEMmys are often awarded to new or smaller, out-of-the-way destinations that are overshadowed by venues with a larger public familiarity, or are somewhat undiscovered by mainstream  travelers.” 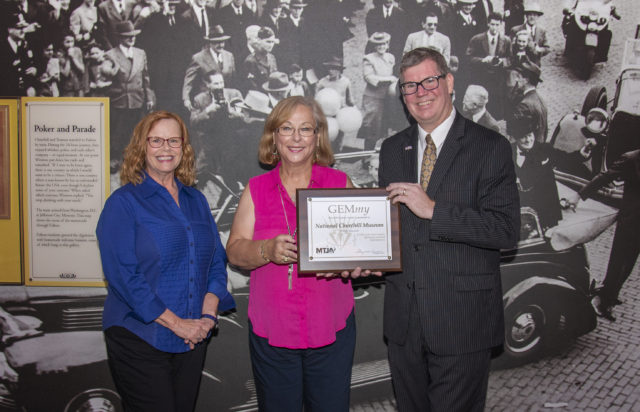