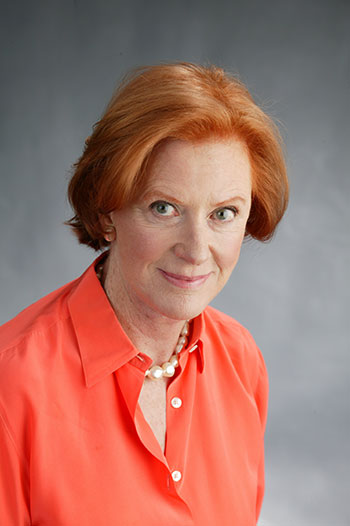 *The special executive session with Edwina Sandys has been cancelled due to unforeseen circumstances. Make plans to attend other Symposium events during that time – view the schedule.

Edwina Sandys, prominent sculptor and granddaughter of Sir Winston Churchill, will hold a special executive session on campus from 2:15 p.m.-3:15 p.m., Tuesday, September 16, on the subject of  “Breakthrough and the 25th Anniversary of the Fall of the Iron Curtain” in the Coulter Science Center Lecture Hall during the Hancock Symposium.

With the fall of the Berlin Wall, Sandys traveled to Germany and persuaded the German government to donate eight dismantled panels of the Wall, which she then shipped to the United States to create her extraordinary sculpture, Breakthrough. The sculpture is now permanently sited at Westminster College in order to commemorate her grandfather’s guest appearance on campus when he delivered his historic “Iron Curtain” speech in 1946.  This sculpture is the longest contiguous section of the Berlin Wall found in North America. 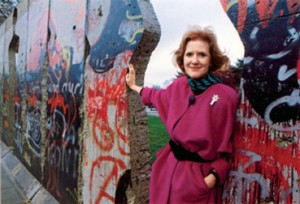 For the past 30 years, Edwina Sandys has created art of international acclaim that includes sculpture, paintings, collage and works on paper.  Early in her career, for the 1979 United Nations’ Year of the Child, she created three monumental sculptures, which are now installed at UN centers in New York, Geneva and Vienna. Her session during Symposium is bound to be memorable.