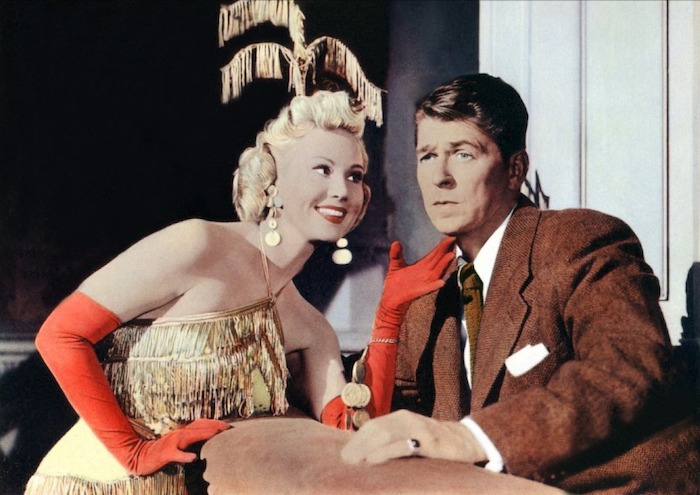 The National Churchill Museum will screen “She’s working Her Way through College” Tuesday, February 4, 2014, 7:00pm at Missouri River Regional Library in Jefferson City, MO. Starring Ronald Reagan as John Palmer and Virginia Mayo as Angela Gardner, the film follows burlesque dancer Hot Garters Gertie aka Angela Gardner as she decides to begin college, meeting her former teacher John Palmer who is now a professor. Among romantic complications, Angela helps the downtrodden dramatic arts department put on a potentially popular musical show…but someone’s discovered her secret past. Does she have an ace up her garter?

The film showing is in conjunction with a new temporary exhibit “Ronald Reagan and Margaret Thatcher: A Special Relationship” which is on display at the National Churchill Museum January 13, 2014-March 9, 2014. Cost to view this exhibit is included in general museum admission. Call 573-592-5369 for more information on the exhibit.

Contact Museum staff for more information on the film screening.