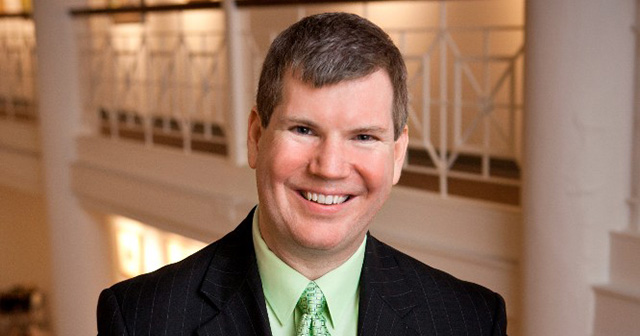 Westminster President Benjamin Ola. Akande announced the appointment of Timothy Riley of La Crosse, WI as the new Director and Chief Curator of the National Churchill Museum (NCM) on the campus of Westminster College.  Riley will assume his duties May 1.

“I look forward to joining full-time with the Westminster College community and Churchillians everywhere to grow the National Churchill Museum’s role in preserving and promoting the legacy of Sir Winston Churchill for current and future generations,” says Riley.  “I am in equal measure humbled and thrilled to be a part of a visionary institution and at a place where, 70 years ago, Churchill delivered his ‘Iron Curtain’ speech with words that reverberate today.  From this storied place, I am excited to build new collaborations in order to strengthen the significant successes for which the Museum is renowned.”

This past year Riley served as Painting Curator for NCM and was in charge of the highly successful Paintings of Sir Winston Churchill, which was co-sponsored by NCM and on view at the Mildred Lane Kemper Arts Museum at Washington University in St. Louis this winter.  The exhibition is considered the most significant collection of Churchill paintings ever displayed in North America and its three month run broke all previous attendance records. 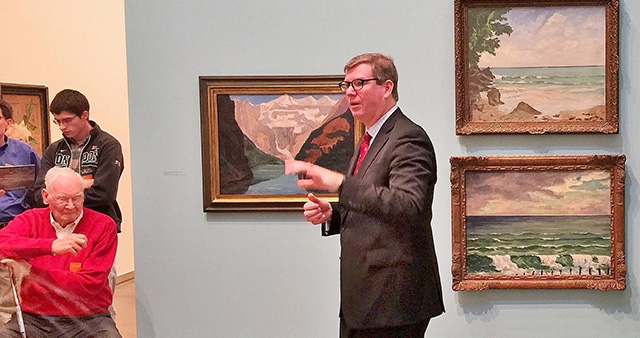 “It was Tim’s knowledge, skill and dedication that made all the difference,” says Churchill Museum Fellow Richard Mahoney of St. Louis.  “Tim possesses an amazing combination of art sense and a feeling for public interest and taste.  He brings historic material to life with wonderful presentation skills.  We expect to have great things happen in Fulton under Tim’s guidance.”

For six years he served as Executive Director of The Trout Museum of Art in Appleton, WI, administering all staff, leading a major capital campaign, curating exhibits and directing all marketing, fund-raising and educational outreach for the museum.

“Tim Riley is the finest curator I have ever known and will  be a great addition to the National Churchill Museum,”  says Monroe Trout, retired healthcare executive, philanthropist and art collector for whom, together with his wife Sandra, the Trout Museum takes its name.  “Sandy and I are delighted that he has accepted the position of Director and Chief Curator of the National Churchill Museum.”

Riley also spent seven years as Director of Donor Relations for Lawrence University in Appleton, WI and six years as Education Assistant, Lecturer and Administrative Associate for The Metropolitan Museum of Art, The Cloisters in New York City.

He has published articles, exhibition guides and reviews for numerous journals and museums.  His most recent publication was as a contributor to the book of Edwina Sandys–Churchill’s granddaughter–entitled Winston Churchill:  Passion for Painting, published by NCM in December 2015.

Riley has conducted graduate work at Columbia University in New York City and holds a degree from Lawrence University in Appleton, WI.

“The wide range of skill sets in Tim Riley’s background makes him the perfect candidate to assume the reins of the National Churchill Museum,” says Westminster President Dr. Benjamin Ola. Akande.  “I had the opportunity to work with Tim on several projects this past year and I am very impressed with his knowledge, presentational skills and consensus building.”