Westminster Global Leadership Program First of Its Kind in U.S. 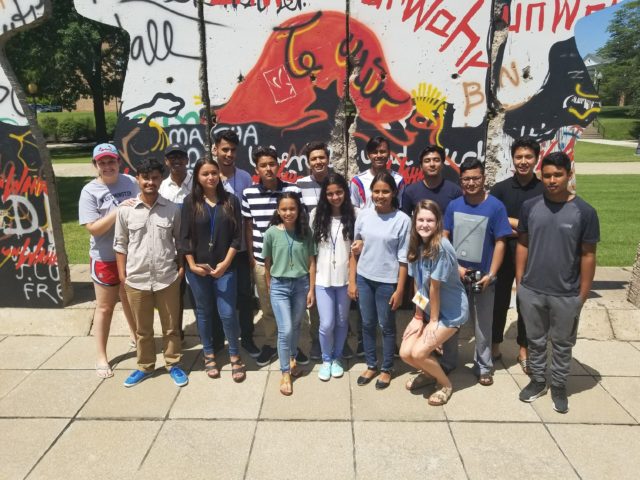 This is the first time Nepalese high school students have visited the United States for a summer leadership program at an American college campus.

“Education, business, and government leaders in Nepal are excited about this first-time program for their students,” said Dr. Kurt Jefferson, Assistant Dean of Global

The program is an introduction to the United States and liberal arts education.  It allows students to explore American culture, history, politics, and leadership.  Students take courses and engage in interactive activities

Students hear from speakers on a variety of topics including healthcare in the United States, cultural diversity, government, and business leadership.

The students will travel to St. Louis and Jefferson City as well. In the state capital, they will meet with Missouri State Fire Marshal Tim Bean.  He will lead them on a tour of the state capitol building.

Westminster is partnering in the program with Paths Education which was founded by CEO Yangmali Sahadev Rai (Westminster class of 2014).  Rai is also the founder of the Yangward Foundation (which won one of five major national Clinton Global Initiative awards in 2013).  The Yangward Foundation assists women in rural areas of Nepal in providing economic opportunities for their advancement.

After graduation, Rai completed a Master of Science degree in international relations in 2015 from the London School of Economics and Political Science. In the same year he became a Resolution Fellow, part of the Resolution Project, a New York City-based program to advance young global leaders.

The Churchill Institute for Global Engagement hosted American, Chinese, and Turkish high school and university students in programs from 2011-14.

“We have had a rich tradition of Nepalese students studying here at Westminster and this continues that tradition,” Jefferson said. “They are having a great experience on our historic campus.”

View photos from their visit here: