Westminster Senior is an Entrepreneur and a Voice for Abused Women 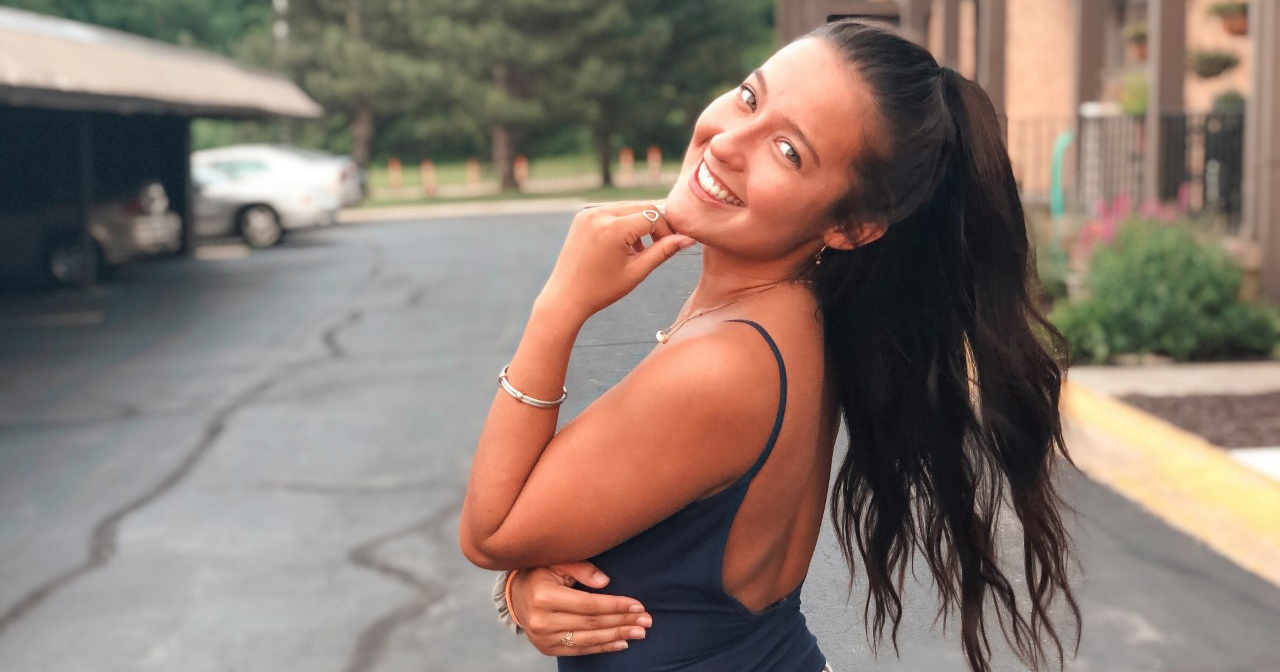 Read further to find out how the Columbia, MO, native launched and sold one business, immediately founded a non-profit and is fast becoming a nationwide voice for domestic abuse survivors.

How did you get started as a young entrepreneur?
My first business funded going to college. I coded and developed a business called Soak Boutique, which I poured thousands of hours into because of my desperate need for money to go to Westminster. It took off after a couple years, and I sold it so I could fully concentrate on my non-profit business and website designing.

What is your non-profit called?
Peace Over Pieces, or Peace-over-Pieces.org, is a domestic abuse awareness non-profit I started developing fall of 2018. I launched it in June of this summer. Peace Over Pieces is about bringing awareness and aiding victims and survivors. I speak one on one to victims of domestic abuse while providing resources about education, shelters and communication to other victims to help the healing process.

What is involved in running Peace Over Pieces?
After speaking to domestic abuse victims, I publish their podcasts and videos for other victims and general viewers to listen. This not only helps the healing process in a therapeutic way, but it allows viewers to donate funds and supplies to the specific victim. Listeners may donate to the specific victim’s podcast or the general fund to aid the victims.

What inspired you to start this type of non-profit?
I have always been passionate about the topic of domestic abuse. I have family members who unfortunately have gone through terrible situations and been trapped in domestic abuse cases where they were affected forever. It affected my childhood and shaped me as a person as well. I always made it a goal of mine to help in some way with domestic abuse victims. It has been extremely fulfilling so far.

How much time do you put into your work?
I’d say I work about five to 10 hours each week, in marketing and contacting victims. Then I spend about three hours in filming and editing. And I work on it year-round! It’s harder to balance during school, but I try to make time for it as much as I can.

What other activities and organizations are you involved with at Westminster?
I am on executive board of Blue Blazers and a member of Kappa Kappa Gamma.

What are your future plans?
I am interviewing at a couple of firms in hopes of a position straight out of college when I graduate in December. I recently moved to Kansas City a couple summers ago. It’s pretty hectic as of now.

What do you do in your free time?
I played tennis and soccer growing up. I still play tennis and enjoy it a lot. I also am a big foodie … I spend most of my money going out to eat. It’s my favorite thing to do!

What is your favorite Westminster memory so far?
The first weekends coming back to school from break are like being reunited with one big family. Everyone’s excited to see one another.

What’s something about you that almost nobody else knows?
I don’t think people realize, maybe they do, that I’m a huge nerd. I was a big tomboy growing up with my brother. All we did was play sports and video games. I worked at GameStop for three years. In my spare time, I enjoy being somewhat of a recluse in my room and playing any type of app or game. I feel that I come across as outgoing and confident, but underneath I can be an introvert.

What would you say is the best part about Westminster?
Honestly I came to Westminster on a whim during a hard part of my life. I try to be transparent about the fact that I wasn’t in a good place when I came here as a freshman, and now this school feels more like home to me than anywhere else. It’s made me grow and pushed me so much as a person. The people and staff here are truly amazing — I’m going to miss it so much.