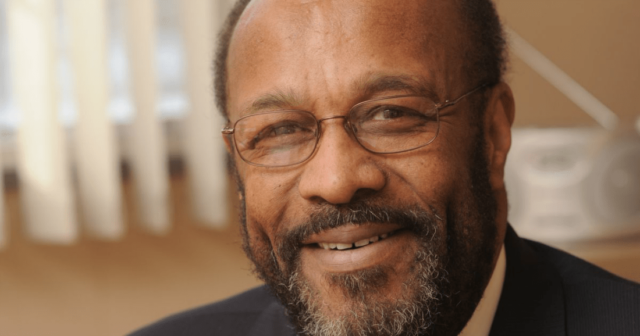 Dr. Martin Luther King, Jr. will be honored on the 50th anniversary of his death at Westminster College with the sixth annual C.S. Lewis Legacy Lecture on Thursday, Feb. 1.

The Reverend Marvin A. McMickle, Ph.D., President of Colgate Rochester Crozer Divinity School in Rochester, NY will deliver the lecture “The Legacy of Martin Luther King, Jr., Fifty Years after his Death” from 11 a.m.-12:15 p.m. in the Church of St. Mary the Virgin, Aldermanbury.

“I am delighted that President McMickle will be coming to Westminster and reflecting on Dr. King’s legacy,” says Dr. Cliff Cain, Harrod-C.S. Lewis Professor of Religious Studies and Chair of the Department of Classics, Philosophy, and Religious Studies. “Dr. King graduated from Crozer Theological Seminary, now a part of Colgate Rochester Crozer Divinity School, so that connection is quite appropriate.  Beyond this, Dr. McMickle is an excellent scholar, a visionary leader, and an engaging speaker.”

In addition to serving as the Divinity School’s 12th President, Dr. McMickle is also Director of the Doctor of Ministry program and Professor of African American Religious Studies at the school.

Previously, he was pastor of Antioch Baptist Church in Cleveland, OH (1987-2011) and a member of the Board of Trustees of Cleveland State University. In addition, he was the Professor of Homiletics at Ashland Theological Seminary in Ashland, OH (1996-2011). Upon his retirement from the seminary, he was honored as Professor Emeritus.

Rev. McMickle has authored 15 books and dozens of articles in professional journals and his writings have appeared in Feasting on the Word and Preaching God’s Transforming Justice and two recent preaching commentaries.

He is a member of the Martin Luther King, Jr. International Board of Preachers at Morehouse College.

The Harrod-C.S. Lewis Legacy Lecture and Professorship of Religious Studies were established in the fall of 2012 by James W. “Jim” Harrod, Westminster Class of 1957, and his wife Sharon from Horseshoe Bay, TX.  The Harrod-C.S. Lewis Professor of Religious Studies researches, writes and teaches on the history, current condition and future of religion.

The Lectures are intended to honor the legacy of the late British theologian by engaging the campus community and the surrounding community in topics and issues that were important to him and that stimulated his writing.