Westeryears:  The World Classroom of the Blue Blazers Investment Committee 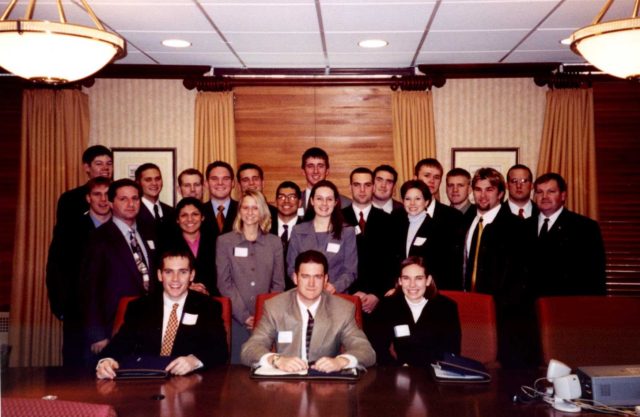 As with any great idea, the concept of the Blue Blazers Investment Committee (BBIC) evolved from a series of circumstances that were connected by one visionary, BBIC founder and advisor Brock Ayers ’82 ΔΤΔ from Ballwin, MO.

Ayers had seen firsthand the success of the Westminster College Investment Club started by a group of St. Louis alumni in the 1940s since he served as the group’s financial advisor, and he wondered how the concept might transfer to the academic setting of Westminster itself.  However, the catalyst to move the idea forward was a feature television program Ayers watched about a group of graduate students who were having success investing part of their school’s endowment. He approached two Westminster Board of Trustee members, John McFarland ’62 ΣΧ from Clayton, MO and Bill Bennett ’62 ΔΤΔ from Kirkwood, MO, who were both members of the St. Louis investment group, with the premise, and their enthusiastic response helped get the project moving.

Ayers had two Westminster student interns, Brandon Eckardt ’97 ΒΘΠ and Jenn (Stumpf) Warren ’97 KAѲ, who did much of the preliminary work of drafting the organization’s mission statement, writing investment guidelines, and organizing the group. Eckardt would become the founding BBIC president — an experience he would credit with helping him land his first job at Edward Jones — and Warren was the founding vice president.

The final plan for BBIC took a unique approach. The Westminster Board of Trustees allocated a specific amount of college endowment funds for the group to use as seed money to invest in the stock market. A self-governing group, BBIC members are given a great deal of autonomy to make investments decisions. They are free to buy and sell stocks and other options. They do extensive research and then buy and sell equities to manage an actual investment portfolio. Through this experience, they have the rare opportunity to experience how investing in the stock market works firsthand.

Until 2001 Ayers was assisted on campus in advising the organization by Dr. George Schmidt. After that, Dr. Ed Mirielli and Dr. Linda Webster came on board as advisors. Today, Dr. Mirielli alone shares duties with Ayers.

Obviously, the structure of the BBIC has been sound over the years as evidenced by its growth and success. Over 950 Westminster students have joined the BBIC since it was first established in 1996. More importantly, the long-range success of the BBIC’s investment decisions has been incredible. Their portfolio of securities has more than tripled the original amount the group was given by the Board of Trustees. 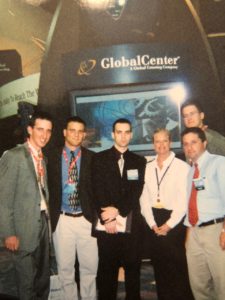 One of the highlights of being a member of the BBIC is the group’s trips to the financial world of New York City every two years—the educational experience of a lifetime. Former BBIC President Steve Ford ’01 ΔΤΔ and advisors Ayers and Mirielli were instrumental in getting this trip off the ground. Previously, the BBIC had taken one-day field trips to St. Louis to visit Edward Jones and AG Edwards. While these excursions were certainly beneficial, Ayers and Mirielli knew Wall Street was the nerve center of American business. The educational experiences and networking opportunities of such a trip would be immeasurable for the students.

Although Ford and his team began plans for the first-ever New York adventure, the logistical details were just too immense for the time frame available. Instead, in 2000, a few of the BBIC made their first-ever out-of-state trip to a national technology conference in Las Vegas. When the students returned, they gave a presentation on their trip to the Investment Committee of the Board of Trustees, who were so impressed with the potential the students had identified in the performance that the groundwork was set for a trip to the Big Apple the following year.

The first New York trip in February 2001 had a tremendous impact on the students. They were the only BBIC group touring New York to have the opportunity to stand in the twin towers. The 9-11 terrorist attacks took place exactly seven months to the hour of the day of that first BBIC visit.

Other New York trips have followed, with the most recent one this February being the ninth group to have this rare experience. Each time Ayers meticulously assembles the details of their itinerary after countless hours of phone calls, emails, coordination, scheduling, and drawing upon his military experience in detailed operational planning, movement, and logistics. Over 200 BBIC members have taken the trip, and the trips were fully supported by BBIC portfolio earnings until the last two trips, which were totally supported by the donations of alumni with no draw necessary from the BBIC account.

On each of these trips, the students explore the business and financial world of New York, discussing the inner workings of the stock market with individuals who work with them every day. The group also gets a close-up look at the culture of the Big Apple in their free time.

However, the most important part of the trip is the meaningful connections the students make with former BBIC members, alumni, and those working in the New York financial markets. The networking, career advice, and employment referrals are unparalleled. Students have the ability to get their name in front of companies they would never reach through traditional recruiting methods. All of them return from the trip with guidance for their career paths and practical advice on how to process the financial market world they have just experienced.  Some return with internship and job opportunities.

The BBIC truly epitomizes the Westminster mission and experience. Students work in practical, real-world settings as a part of a diverse group to reach the kind of successful outcomes that will prepare them to lead and make a difference in the global community in which they find themselves. In the process, they are part of one of the unique educational experiences that set Westminster apart and gives its graduates an edge in charting the course of a successful career. 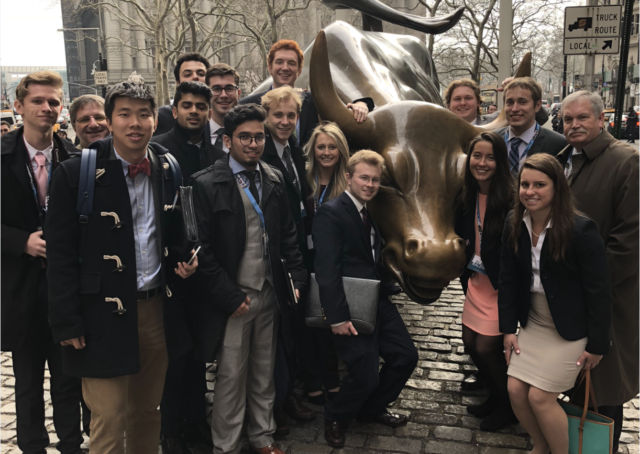