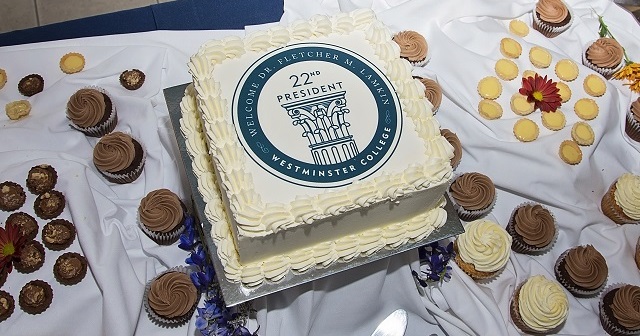 The atrium of the Coulter Science Center was filled with faculty, staff, and students Monday afternoon, Nov. 27, as the Westminster community came together to welcome new President Dr. Fletcher Lamkin and wife Cindy at the end of their first day on campus. 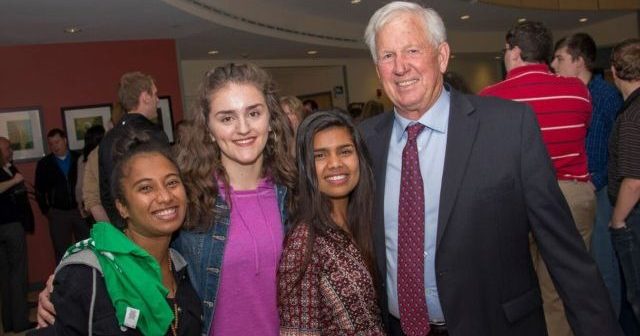 The crowd was welcomed by SGA President Lydia Creech who presented Professor of Political Science Dr. John Langton to introduce the President.

“Dr. John” began his introduction by stating, “Fletch Lamkin is positively the best person for this job at this time in Westminster’s history.”

He then recounted some of President Lamkin’s accomplishments at the College during his previous tenure, such as his record student enrollment growth; $80 million capital campaign, which was the largest amount of money raised by a private college of Westminster’s size in Missouri; and an increase in alumni giving from 18 to almost 40 percent.

After describing all these achievements, “Dr. John” closed by saying directly to Dr. Lamkin, “If you can do it once, you can do it again.” 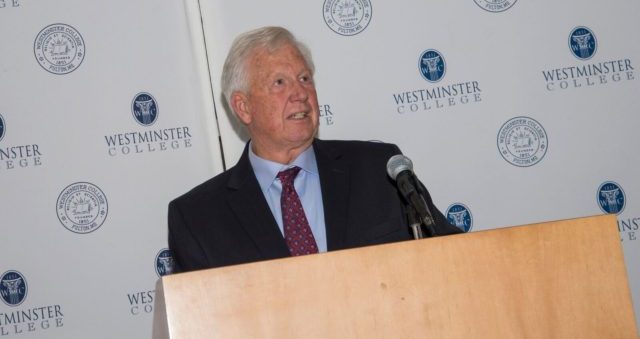 Returning after ten years, President Lamkin began by telling the crowd, his voice sometimes choked with emotion, “I come to you wiser, more seasoned, and more experienced than in my previous time with you. One thing that has not diminished, however, is the sincere respect and affection that I have for this very special institution and the Blue Jay Nation that supports it. My love for this College never diminished during those ten years.”

He traced the accomplishments of his seven years at the helm and the effects the 2008 recession and the changing educational climate had on Westminster but made it clear that “looking back is of little benefit.” 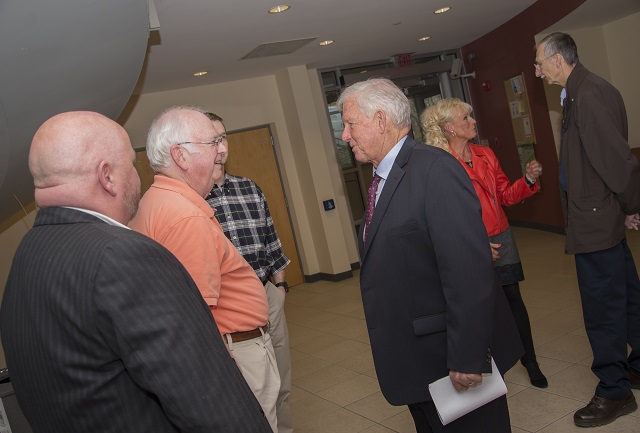 “The ability to persevere in the face of adversity and overcome challenges has been the Westminster way since the beginning, and our ability to overcome is no different today than it was when our doors opened in 1851,” the President told the gathering. “Our vision for Westminster is not merely surviving, but thriving and flourishing.” 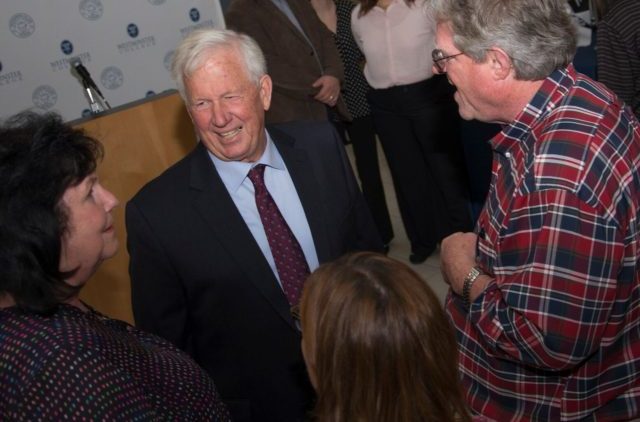 President Lamkin sees the vision of Westminster to be:

He is constructing a “focused and achievable plan to fulfill that vision” through new student admissions and retention, improvement of alumni engagement and giving, cultivation of additional realistic revenue streams, and disciplined expense management.

“With the resilient spirit that typifies the Blue Jay Nation, we are moving forward—together,” President Lamkin told the enthusiastic crowd. “And our journey will take us beyond our highest aspirations.”

Following the formal program, President and Mrs. Lamkin spent the next hour visiting with old friends and making new ones as the gathering enjoyed refreshments furnished by Fresh Ideas. 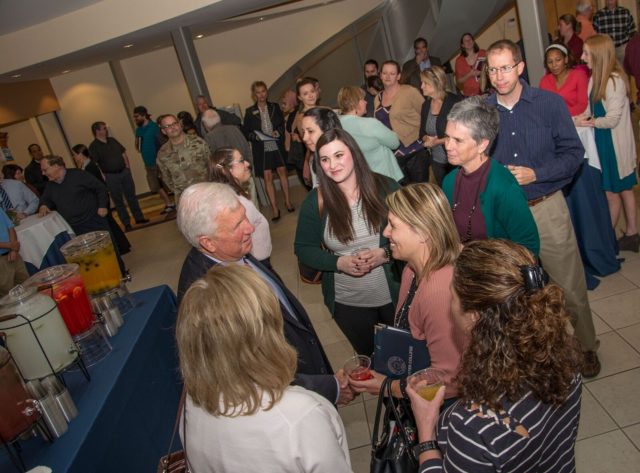