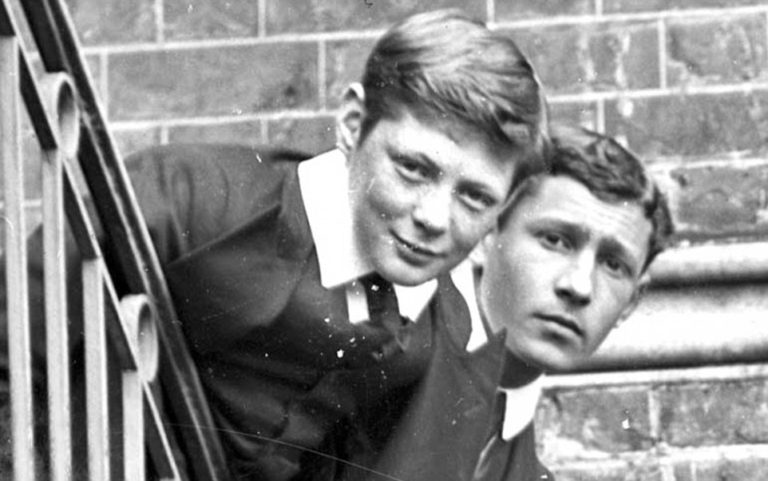 The COVID-19 worldwide pandemic is leading many to turn to the wise words of Winston Churchill for solace and inspiration during this stressful time. Churchill’s strong reference to “the finest hour” during World War II and his inspiring “we shall fight in the fields and in the streets … we shall never surrender” easily come to mind. However, many are finding inspiration in a little-known poem that Churchill wrote in his teens.

Churchill was a 15-year-old student at the bottom of his class in 1890 at Harrow School in London, England. Mediocre in courses that bored him, Churchill excelled in those which interested him: history and English. The influenza of 1889-1890 captured the attention of the future prime minister of England who later delivered his famous “Iron Curtain” speech in 1946 at Westminster College in Fulton, MO.

The unfolding drama of the influenza of 1898-1890 led the teenage Churchill to fuse together his interests in history and English in “The Influenza,” found here.

Nearly 20 years before the more infamous Spanish Flu of 1918, Churchill grasped the profound fear and devastation caused by a global illness.

“It is astonishing to think, that at age 15 — long before his ‘finest hour’ when he led Britain in World War II — a young Winston Churchill was considering in poetic form the dreadful impact of disease on the world stage,” Riley reflects. “As current leaders, the media and first responders react to the COVID-19 crisis, many are turning to Churchill for inspired leadership. His words and actions during his lifetime are finding new relevance in the world today, which is a testament to his legacy.”

Westminster history professor and Churchill Fellow Samuel Goodfellow, Ph.D, adds an historic perspective to epidemics of the era. He points out that science and public policy saw many improvements during the turn of the century, and yet pandemics continued, including a cholera outbreak in 1892 in Hamburg, Germany, that spread throughout the world.

“Churchill’s poem seems to recognize something important,” Goodfellow explains. “Insulated by the progress of science and lulled by the many years of pandemic-free existence, and despite progress, we humans are still susceptible to the power of nature.”

Professor Emeritus of English Wayne Zade adds that Churchill’s poem is a very human attempt to put order to strong feelings. He points out that Churchill would have studied a traditional liberal arts curriculum heavy on the Classics, like liberal arts Westminster students continue to do today.

“’The Influenza’ can be read as a kind of literary travelogue, even if the places ‘visited’ existed only in the imagination of a teenager,” Zade says. “We can read The Iliad and The Odyssey this way, as Churchill no doubt did.”

Zade goes on to say that “The Influenza” can be analyzed poetically through iambic meter. The poem’s rhyme scheme of aabccb is underscored by two lines of iambic tetrameter and a line of iambic trimeter.

“Churchill performed this exercise to the letter,” Zade says, adding that the tight, organized structure of the poem is another way Churchill forged a controlled response to a world crisis.

Goodfellow reminds us that years later, Churchill became the source of the popular “Keep Calm and Carry On” catchphrase that saw England through World War II. He says we can learn much today through both the young Churchill’s perspective and the more seasoned wartime, British Bulldog’s perspective.

Goodfellow reflects, “We can learn from Churchill that nature has the power to humble humankind, but we must carry on, because all things must pass.”

Founded in 1851, Westminster College is a private liberal arts college in Fulton, MO, that is in the top 15 percent for graduate earnings and boasts a 98 percent placement rate. The College also is a Forbes Best Value College. Located on the Westminster campus, the Church of St. Mary the Virgin, Aldermanbury, is part of America’s National Churchill Museum (ANCM), which recently celebrated its 50th anniversary. The Church and Museum commemorate Winston’s Churchill’s famous “Iron Curtain” speech that was delivered on campus in 1946.