“Tear Down This Wall” Presidential Speechwriter to Lecture Next Week 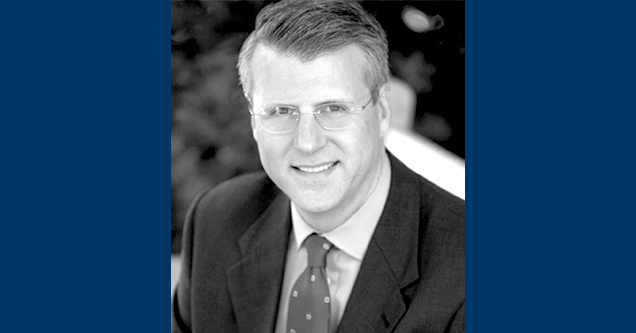 Speechwriter Peter M. Robinson, who penned former President Ronald Reagan’s famous “Tear Down This Wall” speech, will speak at 4:30 p.m. on Thursday, Nov. 7, in the Church of St. Mary the Virgin, Aldermanbury, on the Westminster College campus. Robinson’s presentation commemorates the 30th anniversary of the fall of the Berlin Wall.

Robinson’s talk — which is free and open to the public — is preceded by a solemn outdoor wreath-laying ceremony and tolling of the church bells at 4:15 p.m.

The wreath-laying ceremony will take place in front of artist Edwina Sandys’ Breakthrough sculpture next to the church and America’s National Churchill Museum (ANCM). The ceremony and speech commemorate those who died near the Berlin Wall trying to flee from East Berlin to freedom in West Berlin between 1961 and 1989. During that time, nearly 80 people were shot by East German guards as they tried to climb over the Wall, while at least 125 others died in various accidents or by suicide after failing to escape from East Berlin.

Of the 300 speeches Robinson wrote during his tenure at the White House, he is most known for his controversial “Tear Down This Wall” address, which Reagan delivered in front of the Brandenburg Gate in West Berlin on Friday, June 12, 1987.

Robinson served the White House as special assistant and speechwriter to Reagan from 1983 to 1988. He previously worked as chief speechwriter to former Vice President George Bush from 1982 to 1983. His speech was given by Reagan about two years before the Berlin Wall was finally ordered to be opened by the Soviet government.

Robinson will discuss the origins of his speech, its contributions for bringing an end to the Cold War and the ultimate opening of the Berlin Wall, which enabled Berliners for the first time in nearly 30 years to cross freely between Communist East Berlin and Democratic West Berlin.

The Berlin Wall was a stark symbol of the Cold War, a time marked by great geopolitical tension between the Soviet Union and its Eastern Bloc countries against the United States and its Western allies. The Cold War began in 1947 following World War II and lasted until 1991.

Breakthrough is comprised of a 32-foot-long section of the original Berlin Wall that was obtained by Sandys, granddaughter of former British Prime Minister Winston S. and Clementine Churchill.

Sandys was inspired to create the sculpture on the Westminster campus to commemorate her grandfather’s prophetic “Iron Curtain” speech at Westminster on March 5, 1946. In his speech, Churchill warned of the Soviet’s Communist expansion, which led to the Cold War.

Today Robinson is the Murdoch Distinguished Policy Fellow at the Hoover Institution, where he writes about business and politics, edits the quarterly Hoover Digest and hosts the video series program Uncommon Knowledge.

A published author, Robinson wrote How Ronald Reagan Changed My Life, It’s My Party: A Republican’s Messy Love Affair with the GOP and Snapshots from Hell: The Making of an MBA. He also has written for the New York Times, Red Herring, Forbes ASAP, The Wall Street Journal and the National Review Online. He is the editor of Can Congress Be Fixed? (And Is It Broken?) Five Essays on Congressional Reform.