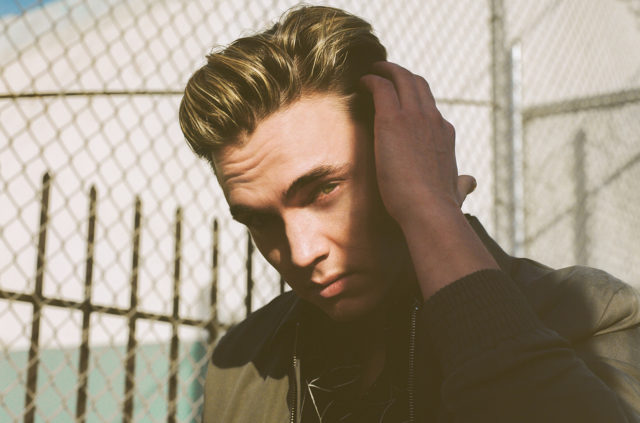 Tickets may be purchased now online and picked up on the day of the concert after 6:00 p.m. at the Champ Auditorium box office.

Tickets are $10 with a limited number of Meet & Greet tickets available for an additional $40 per ticket.

Those with Meet & Greet tickets will have the opportunity to get a photograph taken with McCartney before the performance.

Tickets may be purchased by cash or check only.

McCartney was a member of the boy band Dream Street before launching a solo career with his first album and hit single by the same name, “Beautiful Soul,” in 2004.  This debut album went platinum and had sold more than 1.5 million copies by mid-2006.

His hit single “Leavin’,” released in March 2008, sold over two million downloads on iTunes and reached number 10 on the Billboard Hot 100 chart.

He is well known to daytime television watchers as Adam Chandler, Jr., on All My Children, a role which earned him two Young Artist Awards and two Daytime Emmy Award nominations.

He starred for two seasons as Bradin Westerly on The WB series Summerland.

Disney Channel viewers will recognize him from his work on the sitcoms The Suite Life of Zack & Cody and Hannah Montana.  He also voices “Terence” in the Tinker Bell franchise.

The concert is sponsored by the Campus Activities Board.