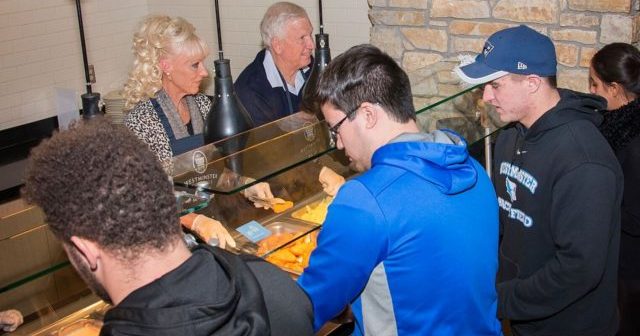 The minute the doors opened, students came running into Backer’s Dining Hall, scurrying from one end to the other in the search of slips of paper that would allow them to win a prize in the scavenger hunt planned by the Campus Activity Board.

President and Mrs. Lamkin joined faculty and staff volunteers in serving the meal to the hungry students. 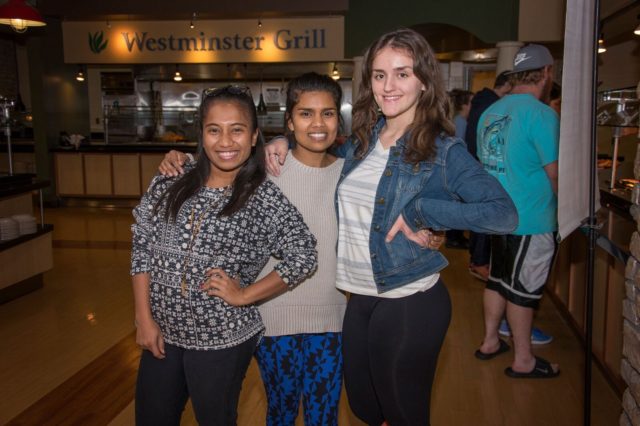 In the middle of the event, President Lamkin gave the gathering some impromptu remarks.

He wished the students well on their finals, expressed to them how much Mrs. Lamkin and he were looking forward to getting to know all of them, and told them to enjoy their holiday break and travel safely.

Most of the students were fed, had collected their prizes, and returned to their rooms to study or catch a few hours sleep by 11:00 p.m. but a few night owls came in to catch a bite before the food line closed down at 11:30 p.m. 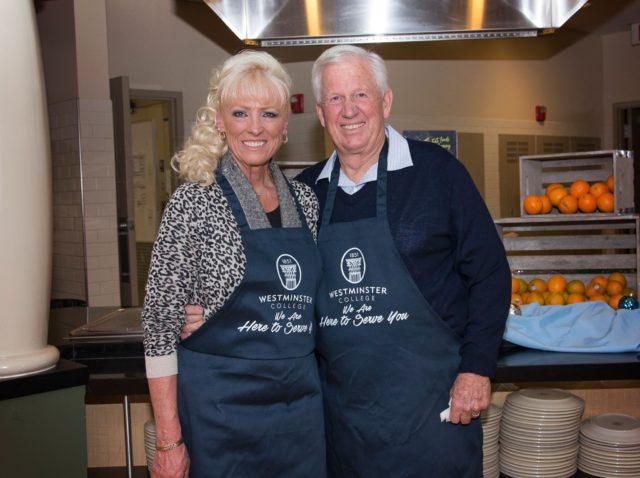