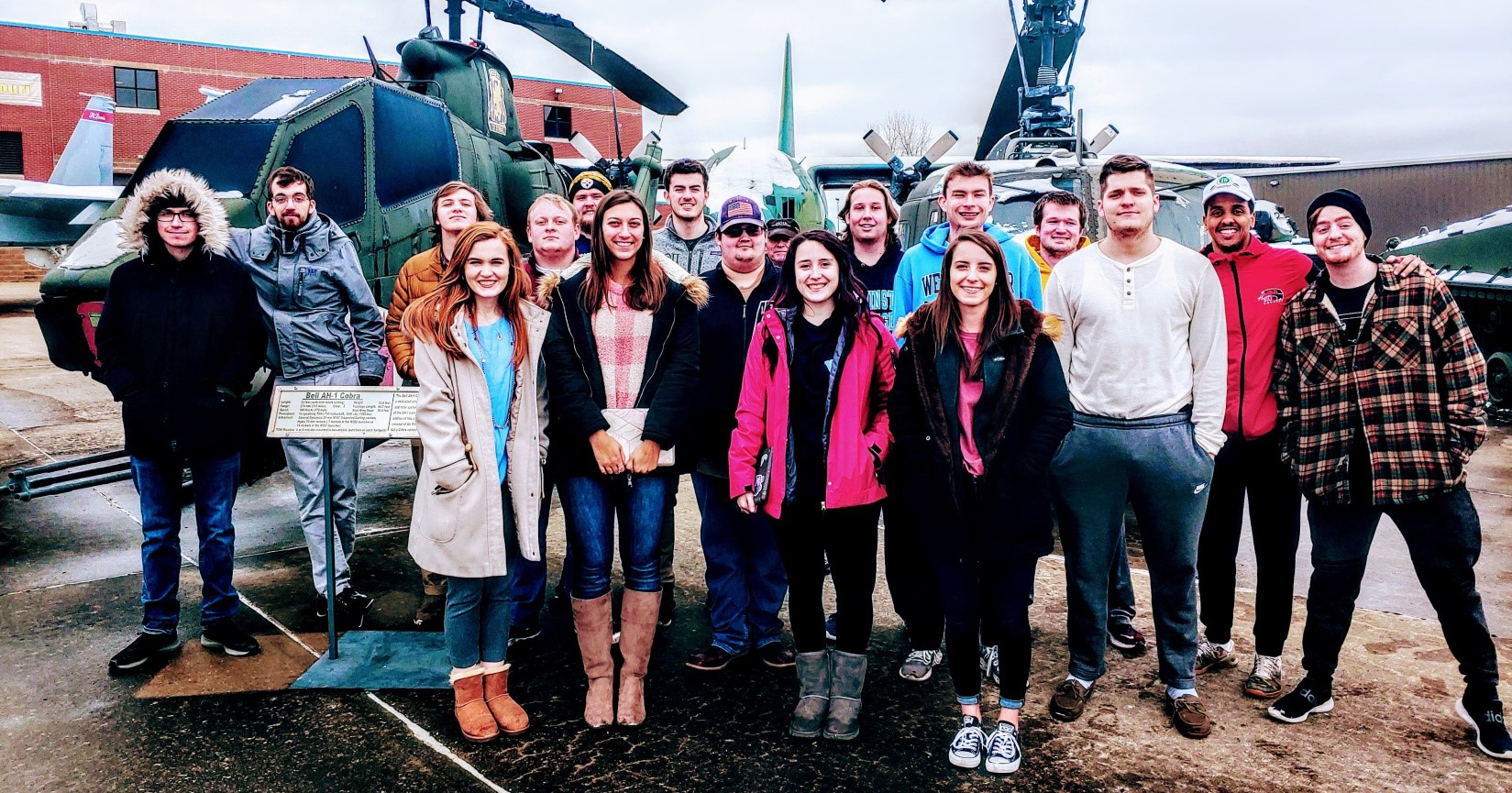 Students in Dr. Mark Boulton’s Museum Studies course wrapped up finals online last week and reflected on the unfortunate disruption of their semester, which included postponing the dedication of the new Westminster Veterans Memorial and Museum. But their hard work this semester ensures the Blue Jay community will look forward to one more event when campus life resumes and Alumni Weekend takes place  October 2-4, 2020.

Boulton’s class spent the semester extensively researching Westminster’s rich military history and the extraordinary individuals who entered the military or intelligence fields after graduation. The students’ work soon will be on display in three museum cases located on the second floor of Hunter Activity Center. Just outside the museum will be a Veterans Plaza that will include a memorial to all of Westminster’s fallen heroes.

“Service takes many forms, but after coming back from our 2018 Vietnam travel course, many of the students who went on that trip saw the need to celebrate our military veterans and those who served in the intelligence community,” Boulton explains.

The students formed a Veterans Memorial Committee that began exploring ways to best recognize the veterans’ service. Since then, with the full backing of the College and the incredible generosity of several alumni donors and friends, the foundations of the memorial were laid. Today, while campus is mostly empty and silent, the memorial is ready to be mounted, and the museum cases are in place, ready to be filled.

“Everything was ready to go for the April launch for our original Alumni Weekend, but the extra time we now have means that we can reach out to a few more people, raise some more funds and make sure that everything is how we want it,” Boulton says. 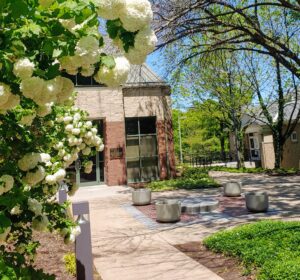 The foundations for the Westminster Veterans Memorial, above, were placed outside of Hunter Activity Center just before campus closed for the COVID-19 pandemic. The centerpiece will be a brass battlefield cross, and the planters will contain soil from the battles of Moore’s Mill, Meuse-Argonne, Iwo Jima and Khe Sanh.

Students in the Museum Studies class perused the archives at Reeves Library and America’s National Churchill Museum on campus. They also visited the Missouri Museum of Military History in Jefferson City, MO, and the World War I Museum in Kansas City, MO, to gather ideas and learn from experts in the field. 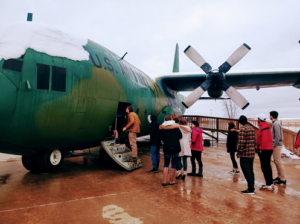 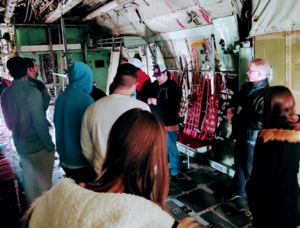 Students involved in the Westminster Veterans Museum project participated in field trips this semester and learned about museum curation from staff at the Missouri Museum of Military History in Jefferson City, MO. A highlight was viewing the cargo hold of a C-130 Hercules aircraft.

Students also uncovered some incredible stories of heroism and sacrifice among alumni, including those who served at the Battle of New Market in the Civil War, the Meuse-Argonne Offensive in World War I, Iwo Jima in World War II, Khe Sanh in Vietnam and in many engagements in the Global War on Terror. 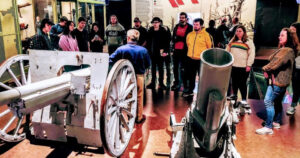 During a visit to the World War I Museum in Kansas City, MO, Boulton’s students delved further into the subject of veterans’ sacrifices. Their hands-on experience and research helped Westminster’s Veterans Memorial and Museum come to life.

Travis Parker, ’20 ΦΔΘ, from Irving, TX, participated in both the Vietnam trip and the museum class. He says it’s important to know more about these heroes. “They provide another source of pride in Westminster’s history,” Parker explains.

One of the many stories that grabbed the class’ attention was that of Navy pilot Tony Schneider, ’39, who flew with Dick Best’s dive-bomber squadron in the Battle of Midway. Deceased in 2011, Schneider survived the unthinkable that day: His plane ran out of fuel during the engagement. Schneider rescued his unconscious navigator before watching the battle unfold from his life raft. He then used his pistol to fend off sharks while awaiting rescue.

The museum will tell Schneider’s story and many others through text and artifacts collected throughout the semester.

“These stories are fascinating, but it is important to note that while we have highlighted a few individuals as representatives of our veteran community, this memorial and museum is dedicated to all of our military and intelligence community alumni,” Boulton points out. “Each has an important story to tell, and this is our way of saying, ‘Thank you.’”

Future plans for the Veterans Memorial Committee include a website on which every Westminster veteran can tell their story. Meanwhile, Westminster is hopeful that all Blue Jay Nation veterans and their supporters will join us for the rescheduled dedication ceremony set for Alumni Weekend 2020, Oct. 2-4. For more information or to donate to the museum, please contact alumni@wcmo.edu.