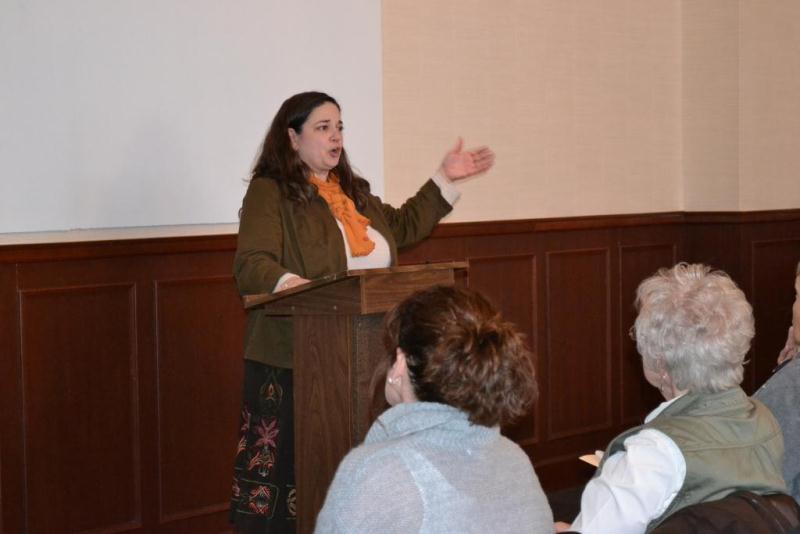 Senator Justus discussed her work as co-chair of a Senate committee to review Missouri’s criminal code, which has led to a comprehensive piece of legislation to take out duplications and revise conflicting provisions in the code. The revision will make it consistent and easier for defense attorneys, prosecutors and public defenders to apply. 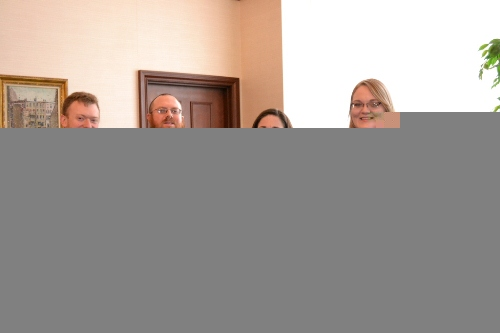 Another major priority of Senator Justus is to establish economic development incentives called Angel Investment Tax Credits to encourage businesses to start up in Missouri instead of other states.  According to her legislation, those who invested in these businesses would be able to secure up to $6 million in tax credits per year.

She also supports Governor Nixon’s priority, the Missouri Nondiscrimination Act, which prevents a business from firing employees because of their sexual orientation or gender identity.

When asked about financial assistance for students, Senator Jolie emphasized her support for an increase in scholarship funding for Bright Flight and Access Missouri scholarships that Westminster students received and expressed her pleasure that Governor Nixon was proposing significant funding increases for both K-12 and higher education.

Originally from Branson, Missouri, Senator Justus took up residence in Kansas City after graduating from law school and volunteered to help some of the city’s poorest and most underserved citizens.  She was elected to the Missouri Senate to represent Kansas City and Grandview in 2006 and then re-elected in 2010.  However, redistricting conducted from new 2010 census data moved her district and she now represents Callaway, Audrain, Monroe, Montgomery, Warren and Lincoln counties. Senator Justus will leave office at the end of the year due to state term limits. 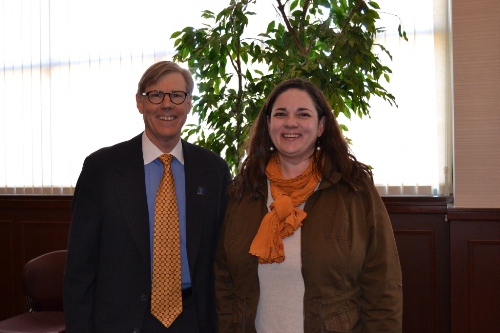 Jolie Justus with President Barney Forsythe during her visit to Westminster College.