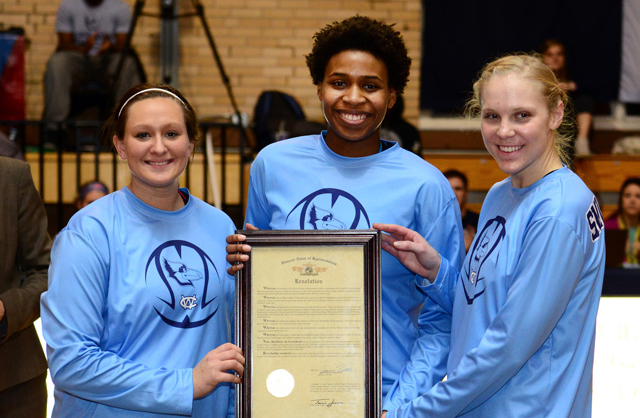 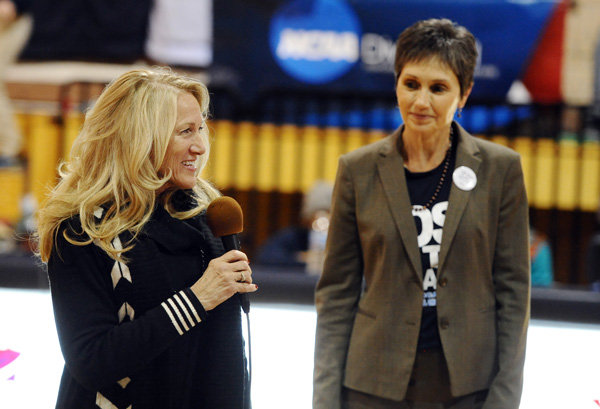 The ceremony took place center court in the Historic Gym on campus.  A Senate Resolution sponsored by Missouri Senator Jolie Justus was also presented to the team by Dr. Carolyn Perry, Vice President and Dean of Faculty. Senator Justus was unable to attend the ceremony. 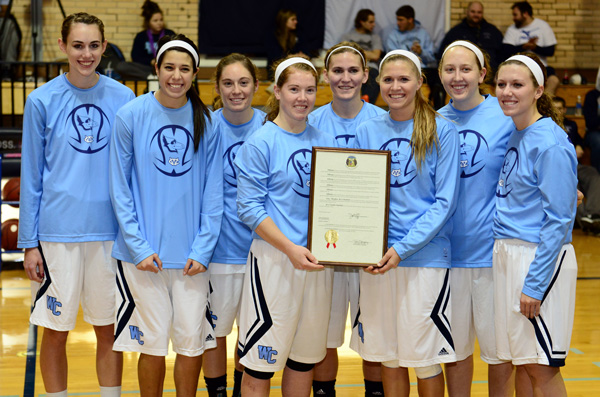 The Lady Blue Jays accept a resolution from the Missouri Senate, in honor of their top national achievement.

The Lady Blue Jays achieved a 3.642 combined grade point average – the highest GPA for any NCAA Division III women’s basketball team in the country – for the 2013-14 school year.  This combined GPA is calculated inclusive of all student-athletes on a team’s roster. The Lady Jay’s number one ranking is a first in the Westminster College program’s history.

Westminster College was the only team from the St. Louis Intercollegiate Athletic Conference to be ranked in the WBCA Academic Top 25 Poll.

A game between the Lady Blue Jays and Webster University followed the presentation, with the Westminster women defeating Webster. 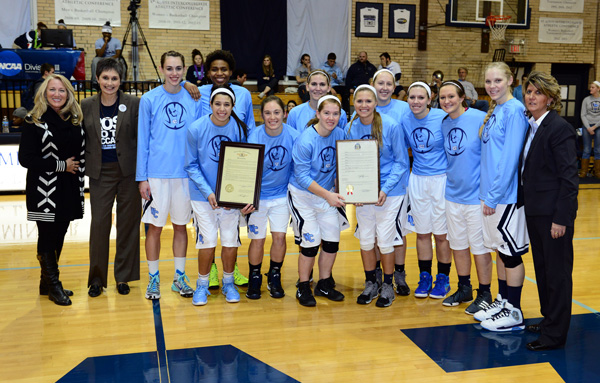