Home of the Free Because of the Brave: A Message from President Lamkin 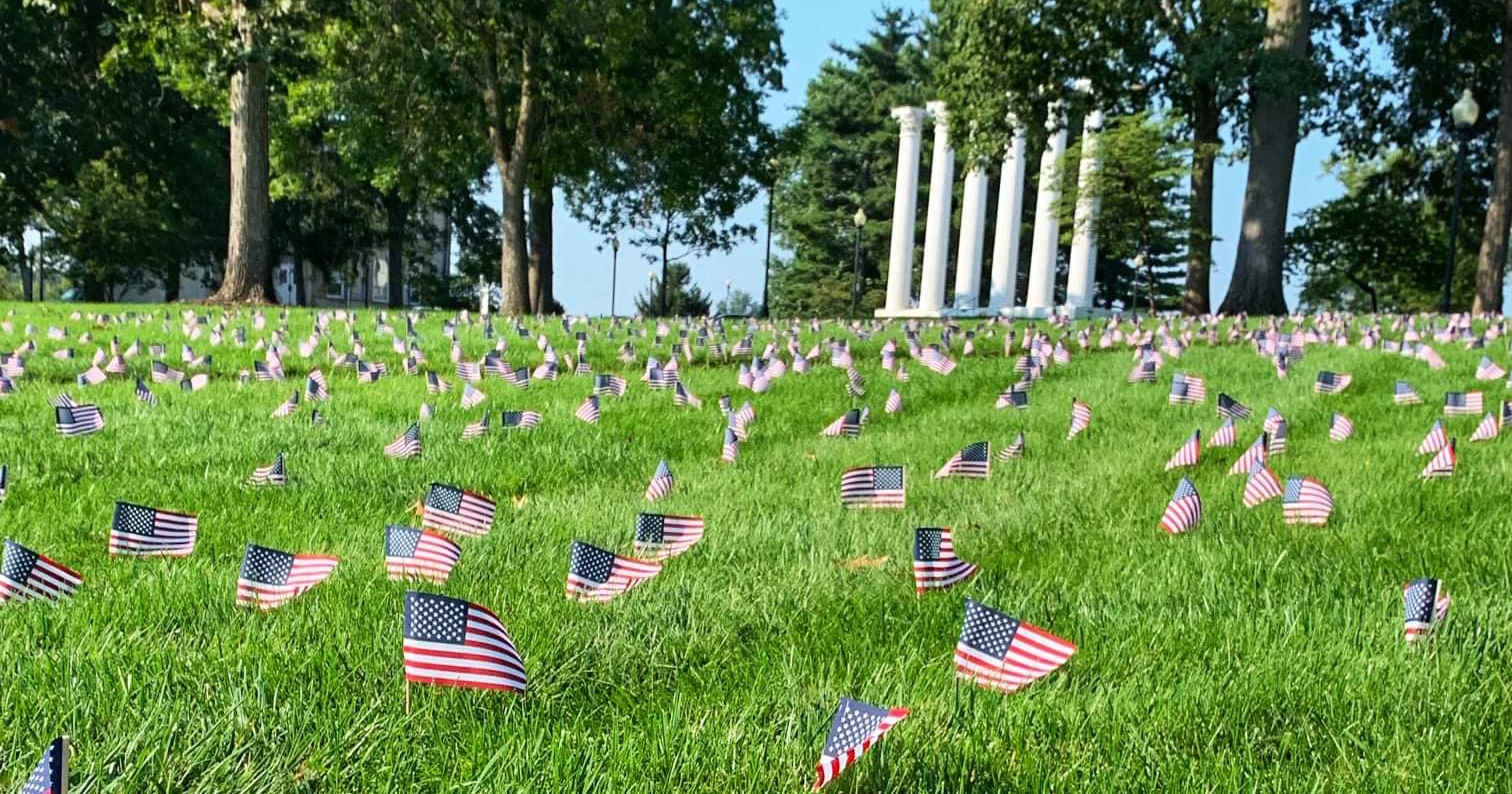 The following message originally was printed in Westminster Today on Veterans Day 2017. It has been updated by and reprinted with permission from Dr. Lamkin. 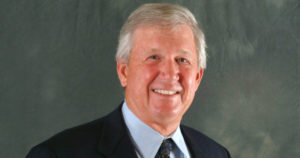 When I was growing up, I was immersed in an atmosphere of patriotism and service. My grandfather began a chain of active duty commissioned service in our family when he joined the Navy in 1902. That chain continued with my uncles and my father, all of whom were career Navy officers. That continuous chain extended to more than 110 years with my own 36-year career followed by that of my daughter, a 20-year veteran F-18 pilot, who has been inducted in the Naval Aviation Hall of Fame. Growing up in a military environment, the people we knew would always salute when the flag went by and show respect for their country. They valued freedom and liberty, patriotism, love of country, and they were willing to serve and sacrifice to defend these beliefs. They were veterans, and I admired them and their values.

Now, I am also a veteran … so identified because I served in the Armed Forces during a war. Those people I grew up with admiring inspired me to join the Army. Serving and sacrificing for the common good always seemed like the right thing to do; thus, going to West Point and committing myself to this life was pretty natural for me. Little did I know just how difficult it would be to “serve and sacrifice” until my turn came to serve in Vietnam.

Like others who have experienced combat, I cannot find the words to adequately describe how horrible it is. War really is hell. Soldiers at war endure incredible physical hardships, as well as fear, despair, anguish, and an all-encompassing human experience of mental and emotional agony. Many friends of mine were wounded, even killed, in combat. Twenty-five of my West Point classmates were killed in Vietnam. I knew every one by name, and several were close friends. Some of my friends were badly wounded, never fully recovering. For those who lived and showed no physical scars, it’s hard to know what mental wounds occurred, and what the lifetime effects of combat really were.

As a survivor of war, I think often of the sacrifices my friends made, and these memories drive me to make the most of my own opportunity to live and serve. They served and sacrificed, and their time ended early in life. I stayed in the Army a long time after the Vietnam War because I wanted to honor their sacrifices through my own service. I am out of the Army now, but I still have some time left to serve in other ways. I want to continue to honor my friends by promoting the values they defended ― our country’s values of life, liberty, and the pursuit of happiness, and the West Point values of duty, honor, and country.

Veteran’s Day honors American veterans both living and dead. It’s good to honor the living. They stand as representatives of all who served. They are living reminders of the values that have made our country great.

Today, there are more than 25 million living veterans who served our Nation in times of peace and war. Many of them willingly entered harm’s way to fight for the freedoms we now enjoy. These men and women have diverse religious beliefs and come from varying backgrounds and ethnicities. By their service, they kept America strong, and they have protected our way of life from tyranny’s grip for over two centuries. At this moment, men and women of the Army, Navy, Air Force, Marines, and Coast Guard are serving around the world. They represent our resolute dedication to achieving a lasting peace out of the new challenges and threats of the 21st century.

It is impressive to see that the citizens of this community honor our flag and our country by paying proper respect during the playing of the National Anthem. The history behind the Anthem dates back to a poem written in 1814 by Francis Scott Key after witnessing the bombardment of Fort McHenry by British ships of the royal Navy in Baltimore Harbor during the Battle of Baltimore in the War of 1812. Symbolizing the Americans’ strength of spirit and refusal to give up their fight for freedom, the flag was held high over Fort McHenry by warriors who risked — and often gave up — their lives in the defense of freedom during the horrific bombardment of the fort. The words that Francis Scott Key penned more than 200 years ago honor the bravery and indomitable spirit of Americans who, through the ages, have defended the freedoms that we enjoy today.

In the first verse, of which we are all familiar, he wrote:

Oh, say can you see by the dawn’s early light

What so proudly we hailed at the twilight’s last gleaming?

Whose broad stripes and bright stars, through the perilous fight

O’er the ramparts we watched, were so gallantly streaming.

The phenomenon that Francis Scott Key was describing was the American flag being held aloft by brave warriors who had endured the British barrage and stood proudly and defiantly amidst the havoc and dead bodies to make a statement to the British that our nation would prevail.

Not so familiar as the first verse of the National Anthem is the fourth verse, which begins:

Oh, thus be it ever that free men shall stand

Between their loved homes and the war’s desolation.

Blessed with victory and peace, may the heaven-rescued land

Praise the power that has made and preserved us a nation.

Throughout our history, forces both internal and external have challenged our uniquely formed nation and attempted to take our liberties away. The War of 1812 was fought by brave Americans against seemingly insurmountable odds, but because of the bravery and indomitable spirit of the freedom fighters, a nation conceived in liberty and dedicated to the proposition that all are created equal prevailed. That nation has continued to exist despite the challenges of the Civil War, two world wars, the Cold War, and terrorist attacks … because brave men and women were willing to risk their livelihoods to defend those freedoms. Now, in the face of terrorism and worldwide threats, we continue to defend those freedoms with brave men and women who, in the tradition of those first warriors who held up our flag against the British bombardment, ensure that the “… Star Spangled Banner forever shall wave, o’er the land of the free and the home of the brave.”

Our Nation will always be grateful for the noble sacrifices made by these veterans. We can never adequately repay them. But we can honor and respect them for their service by doing our part to defend the ideals that they defended; to show our courage and resolve in the face of frustration, doubt, and even danger. And we can honor our veterans by showing respect for the flag that represents this great nation, and for the National Anthem, which proclaims the unique and special qualities of our nation.

For this is the land of the free. But only because it is also the home of the brave.