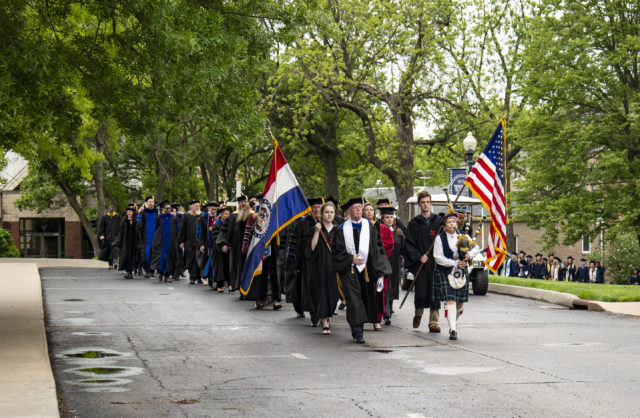 Graduates, parents, and members of the Westminster community alike were relieved that threatening storm clouds disappeared and allowed the members of the Class of 2019 to process to the historic Columns for the long-honored rite of passage ceremony. 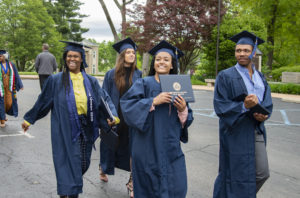 The graduates were welcomed to the Columns Ceremony by Marshal Dr. David Jones.

Alumni Council President  Kristen Jackson ’06 from Columbia, MO, presented the Outstanding Senior Awards. This award was established in 1977 to honor a well-respected graduating senior for service to Westminster College, the city of Fulton, and the surrounding community and for living a life of success, significance, and service at Westminster. 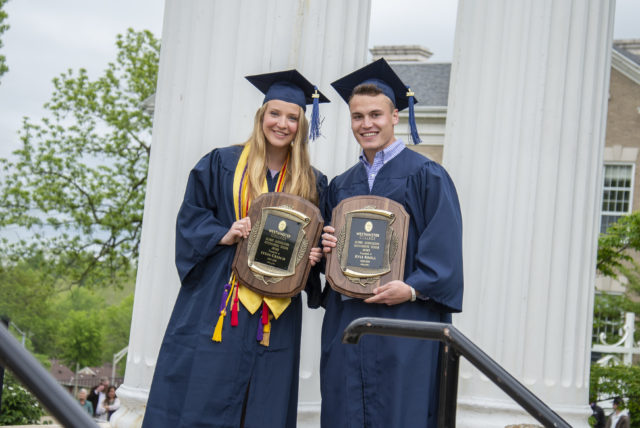 Those honored in the graduating class of 2019 were Lydia Creech from Republic, MO, and Kyle Kroll, a member of Sigma Alpha Epsilon fraternity from Montgomery City, MO.

Lydia served as Student Body President and Student Body Vice President as well as being a residential assistant, tour guide for Student Foundation, mentor for freshman seminar and president of the Campus Activities Board.

Kyle established the Nonprofit Entrepreneurs Organization on campus and was Vice President of his fraternity, a member of the Blue Blazers, a player on the football team, and a past Student Ambassador. He studied abroad in Australia and took part in the College’s Take a Friend Home program with a trip to Nepal.

The two were escorted to The Columns to receive their awards by Grand Marshall of the Skulls Madison Loescher ’20, a member of Kappa Kappa Gamma Sorority from Kansas City, MO. 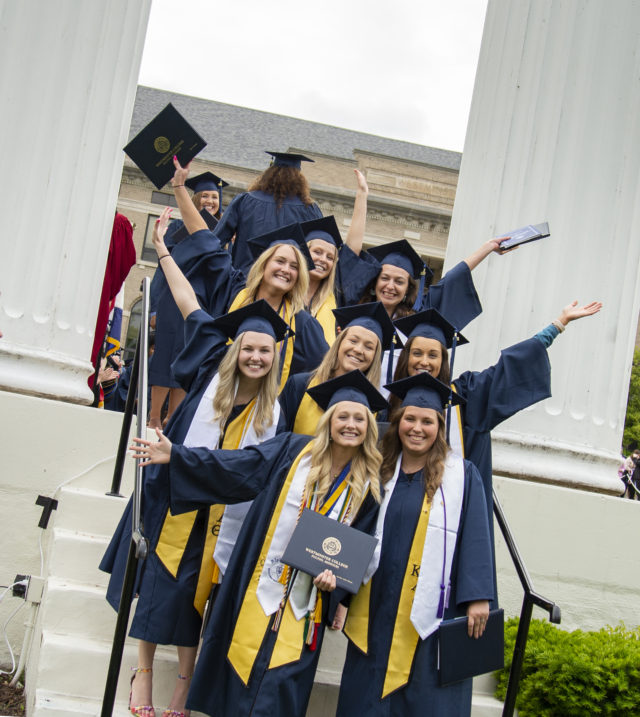 Before the class of 2019 received congratulations from faculty members who lined both sides of the path to The Columns, the group received congratulatory remarks from the Custodian of the Columns Emily Lucitt ’20, a Kappa Alpha Theta sorority member from Waynesville, MO. 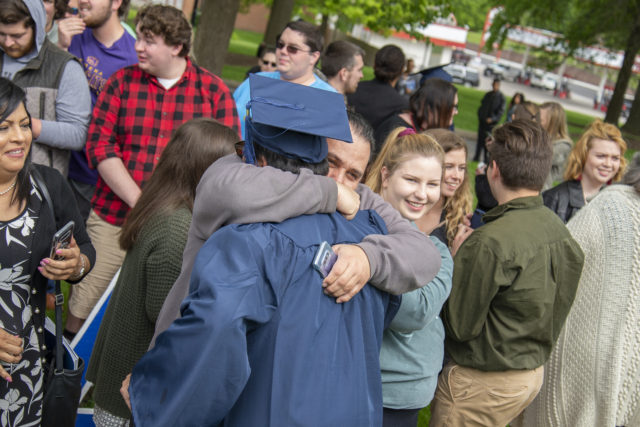 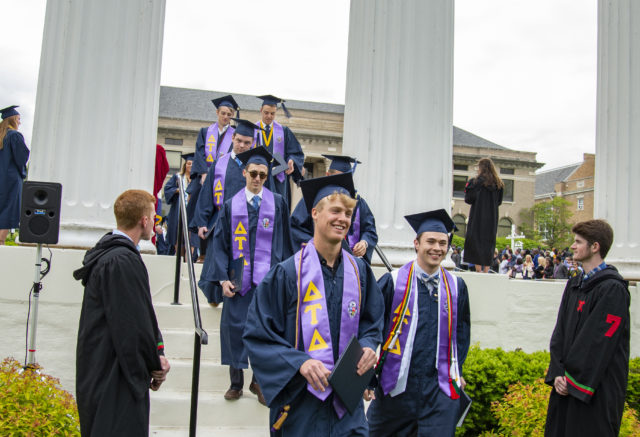