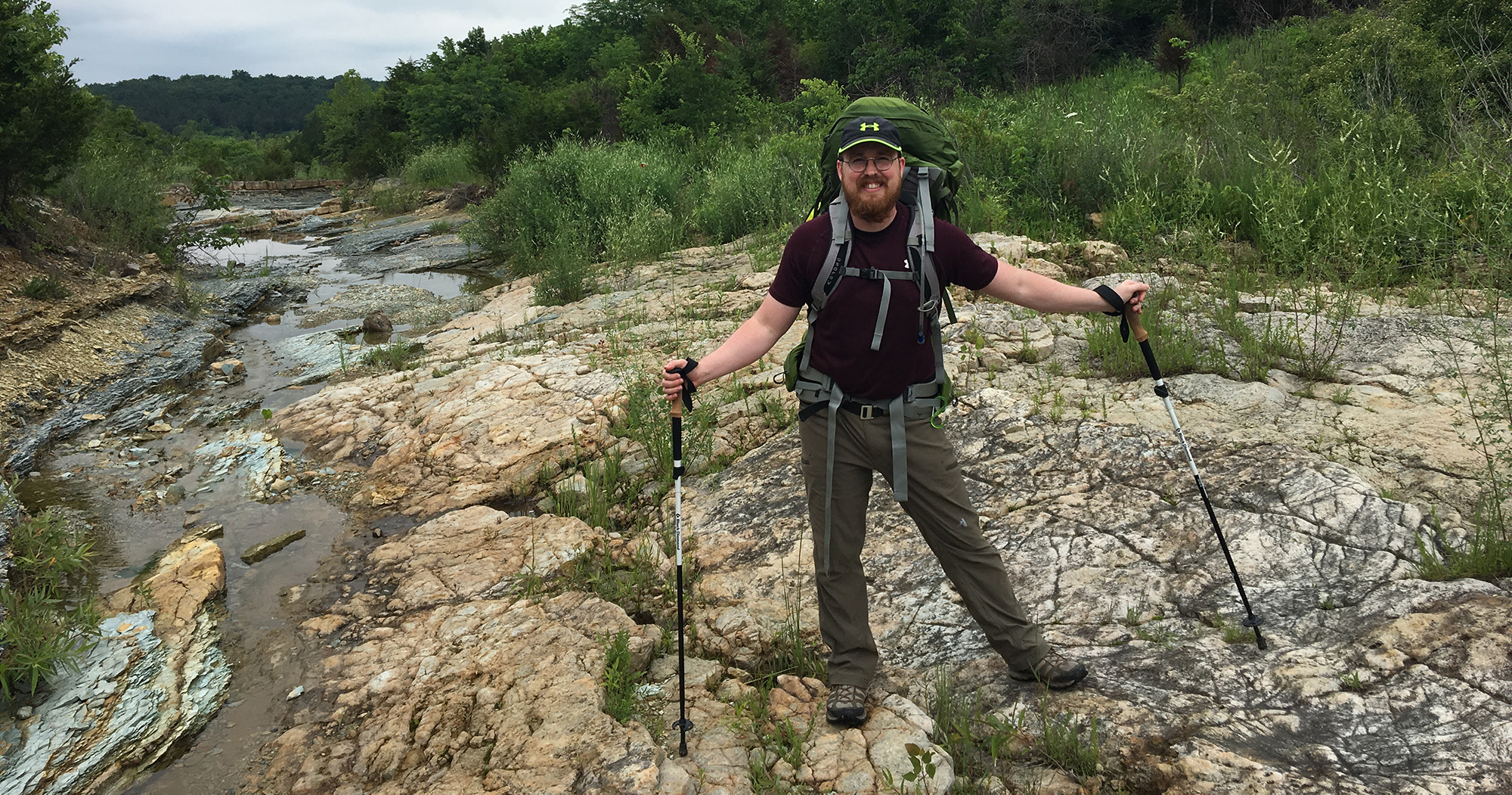 Westminster College boasts a 10:1 student-to-faculty ratio and an abundance of dedicated faculty members who have a profound impact on students’ lives. In celebration of our faculty, Westminster Today is excited to launch a new feature that regularly highlights their focused dedication to our students. Our first Featured Faculty is Joshua Holzer, Ph.D., Assistant Professor of Political Science.

Holzer recently wrote a guest commentary in the Columbia Missourian on the U.S. Electoral College that you can find here.

When Holzer isn’t teaching, analyzing current voting trends or evaluating other public policy issues, he might be found hiking or backpacking, enjoying a science fiction movie or playing a strategy game such as Carcassonne or Magic.

Curious how backpacking, Mandarin Chinese and the Electoral College all factor into Holzer’s psyche, Westminster Today caught up with the political science professor to ask just exactly what makes him tick. Read below to find out more.

In high school, I loved German class. I learned from a teacher that the Army has a language school, so after high school, I joined the Army so that I could go to this school and hopefully learn more German. The Army, however, wanted me to learn Chinese — a language I knew nothing about. Finding Chinese, and China, much more interesting than I expected, after the Army, I decided I wanted to go to college and learn more about China, and so I ended up choosing an interdisciplinary major called “Asian Studies.” As part of that degree, I was required to take several international-themed courses, which I wasn’t too pleased about. However, these classes sparked my interest in graduate school, which led to a master’s degree in international policy. As part of my master’s degree, I ended up taking a class on comparative politics. I found this field fascinating, and it ultimately lead to a Ph.D. in political science. I think that it’s good to have a plan in life, as it gives you a goal to work towards. With that said, I think it’s also important to remain flexible and open-minded to the path life is trying to lead you down. In the words of Yogi Berra, “When you come to a fork in the road, take it!”

What do you like most about teaching at Westminster?

There is a lot that I like about teaching at Westminster. I’d say the student-to-faculty ratio is high on that list. I’m sure that this is a selling feature to many students, but from the perspective of a professor, it’s a selling feature for me, too. I love having small classes! With fewer students per class, I get to know each of them better, and the reality is, I’m better able to support students once I have a better understanding of their strengths and weaknesses. Another benefit of getting to know students better is that I also end up personally invested in seeing them succeed, as I find it personally rewarding when they are successful. Overall, I think having a low student-to-faculty ratio is actually a win-win for students and faculty alike.

What would you tell prospective students about the learning environment at Westminster?

As part of a liberal arts education, there may be some classes that you take that you don’t necessarily feel are relevant to your major. However, my recommendation is to embrace these classes with an open mind. First, you’ll get more out of the classes this way, but second, these classes may end up leading you down a path you didn’t expect. It could be that you change your major or add a double major or minor. It could be that these classes become relevant to some sort of circumstance in your life down the road. Sometimes, you just have to trust the process.