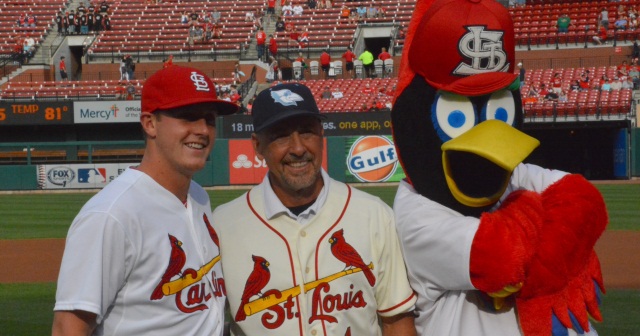 A group of over one thousand Westminster College baseball fans, including Trustees, faculty, staff, alumni and students went to Busch Stadium on May 22 to cheer the St. Louis Cardinals on to a 4-2 victory over the Arizona Diamondbacks.

A late afternoon reception for the group was held before the game at the Outfield at Mike Shannon’s, and they enjoyed an after-game celebration in the VIP area of the Fox Sports Midwest section of Ballpark Village.